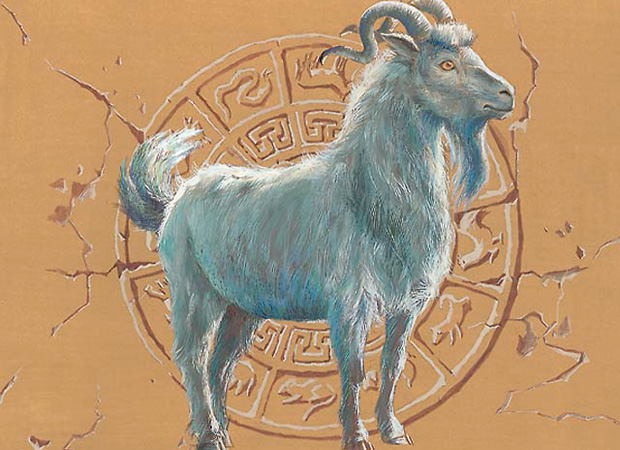 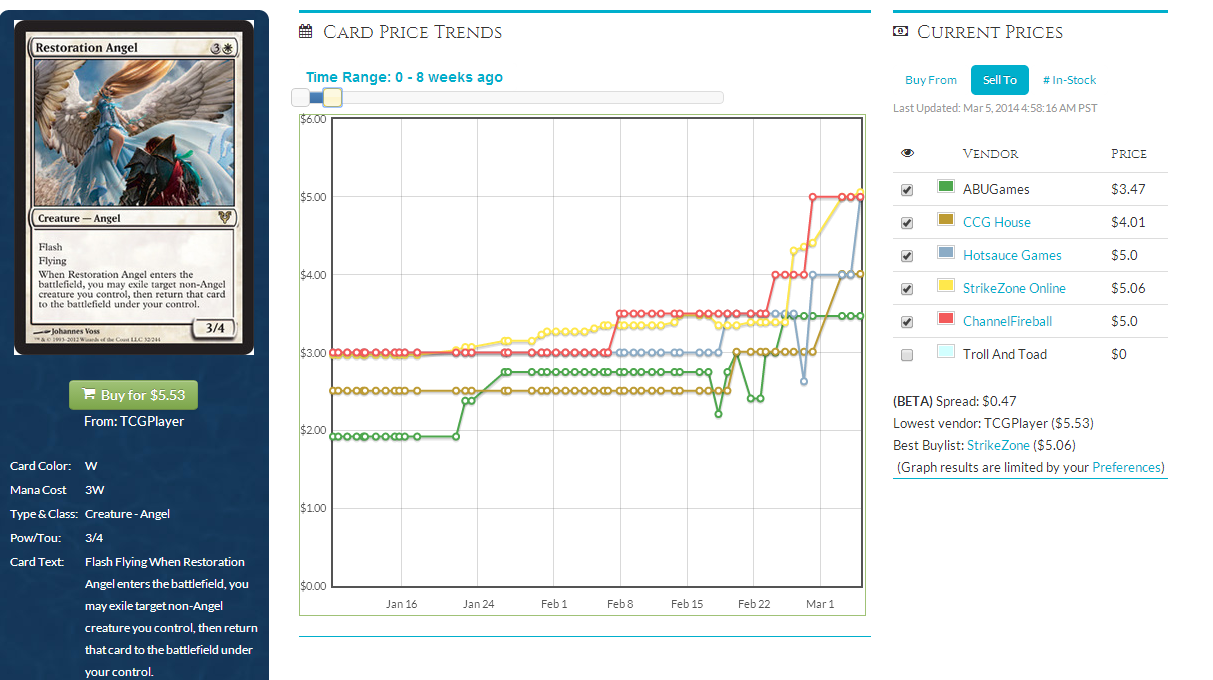 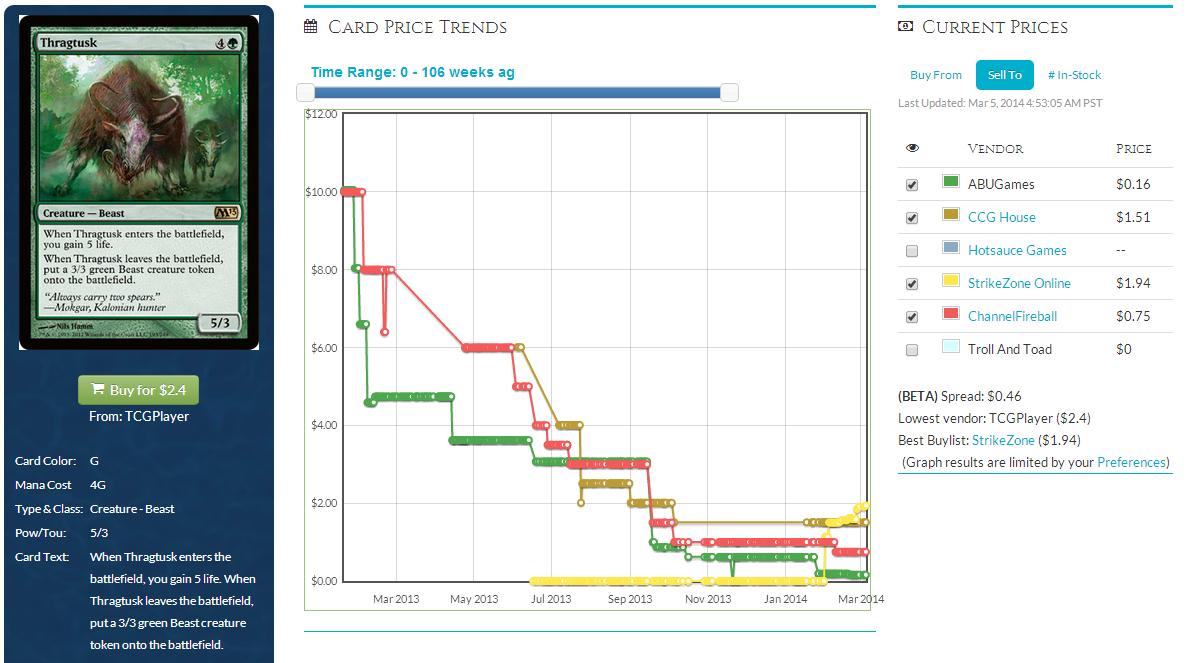 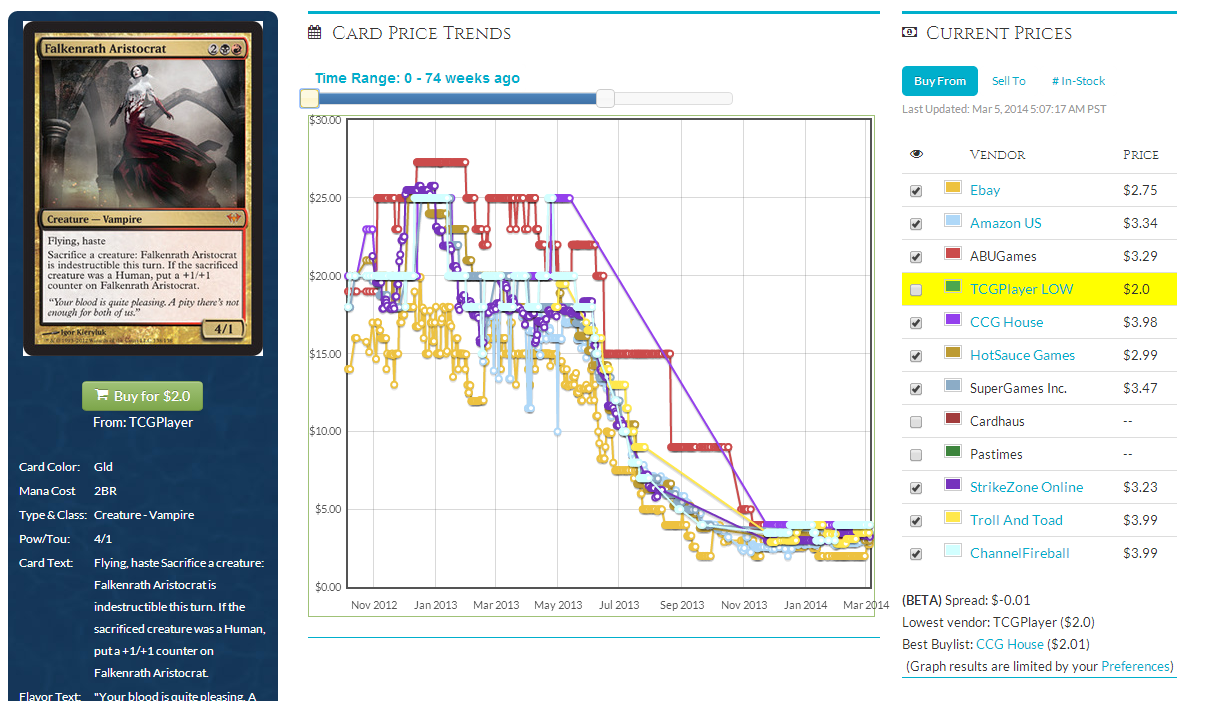 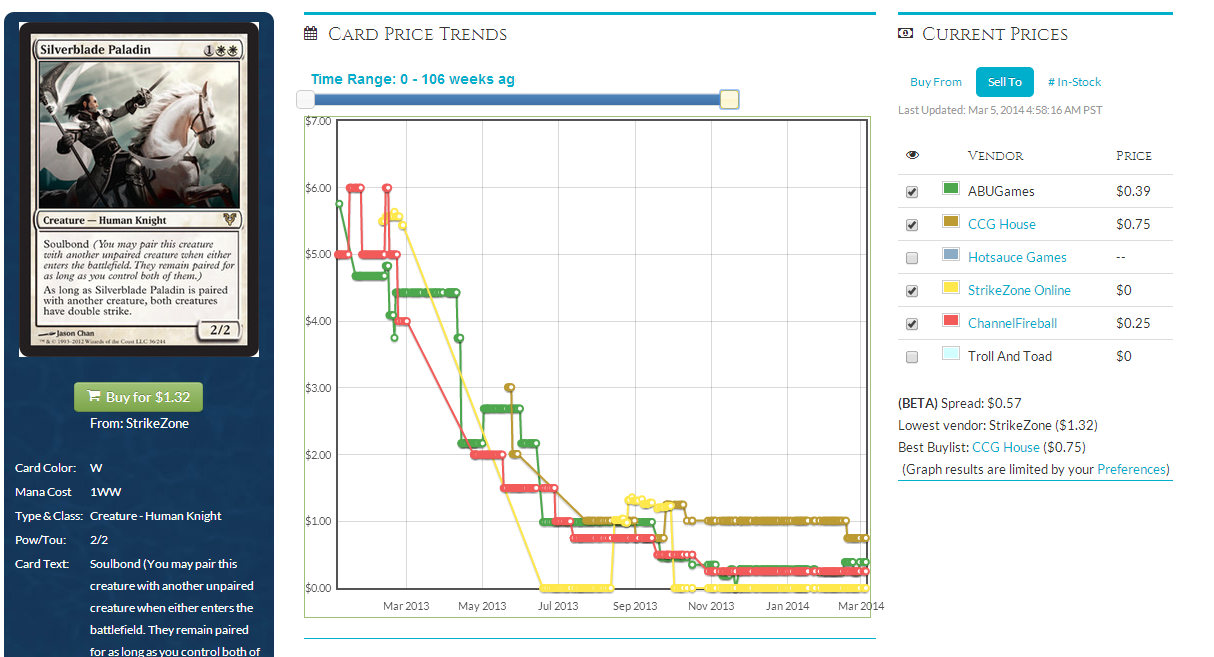 This one was falling in buylist right around now! That’s insane. This one had lots of playability in various aggro decks, but it too fell victim. 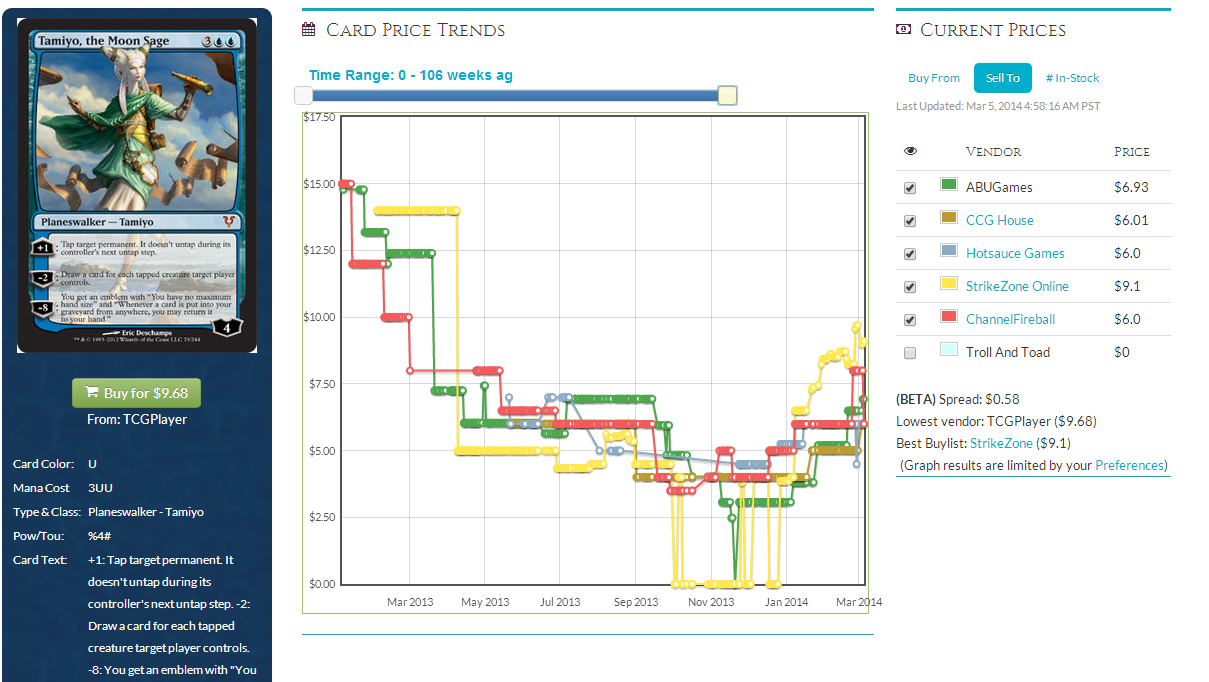 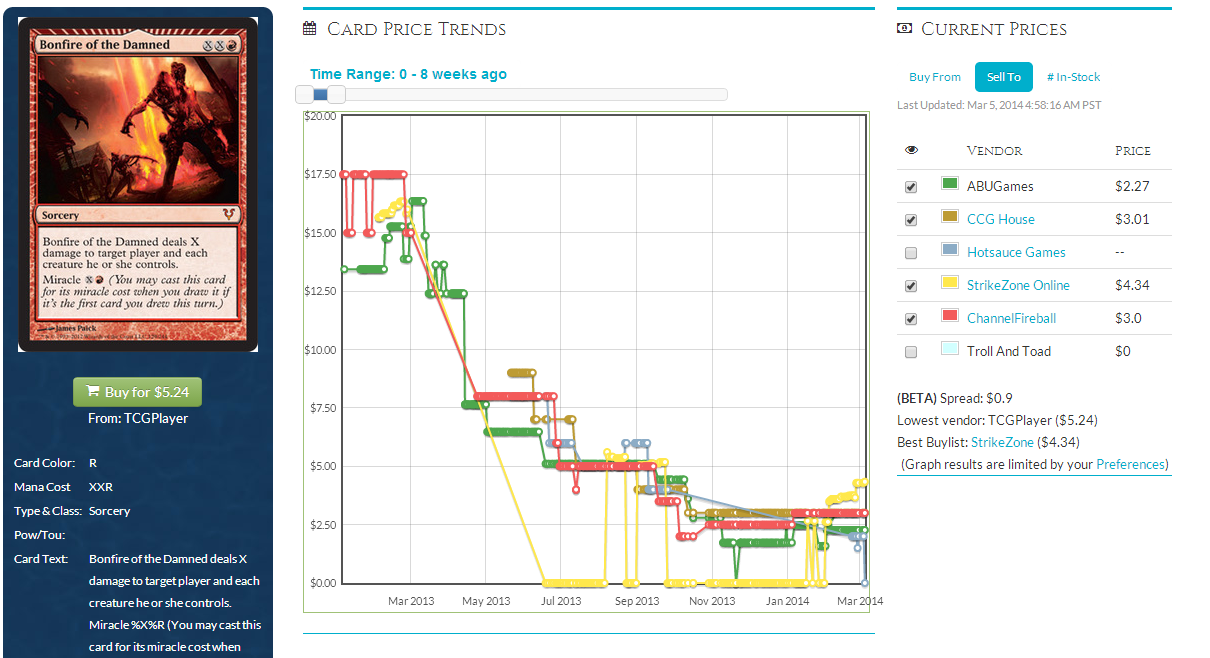