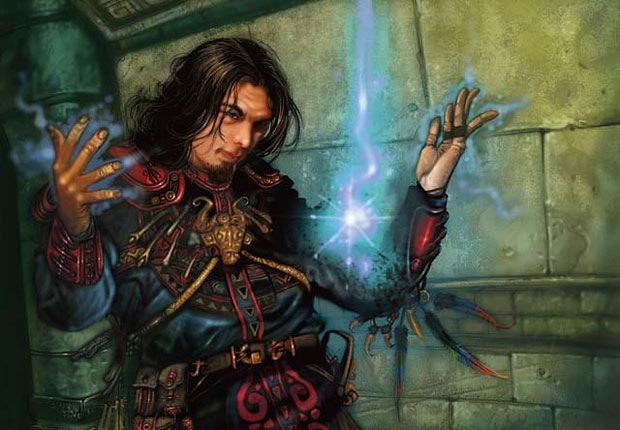 This begs the question: how do you identify these opportunities during the Pro Tour?

The most important thing you can do leading up to the Pro Tour is BE LIQUID. This means selling off some of those specs that have panned out. It’s a bit too late to do this in paper (unless you trade a bit at FNM), but on MODO you still have a day to liquidate certain holdings in order to be liquid.

Why is being liquid important? It’s the only way you are going to be able to capitalize on the shifts in the market that are inevitably going to happen in the coming few days. If you don’t have some legitimate capital to put behind specs, you will not be able to take advantage.

There are a couple of pitfalls. The first is liquidating current long term specs that haven’t actually paid off. If you have long-term specs that haven’t gained at all yet, you should NOT liquidate them. It’s not worth the loss taken to have simply an opportunity to get money. For example, if you’re on a long term hold on some casual cards like Parallel Lives, don’t sell out. It’s not worth it.

The second pitfall is investing too much into hype. If you invest too high of a percentage, you could lose A LOT if the spec doesn’t pan out. I know this sounds basic and elementary, but when you get in the heat of the moment, you might get pulled into spending over 15% of your spec money into today’s Nivmagus Elemental. Who really wants to get stuck with a bunch of their money in that?

What is the whole picture?

That is analyzing every part of the Pro Tour coverage. You have to see which teams are playing what deck. You have to see where there are connections between decks playing the same card. You have knowledge as a player what is good. Use that instinct to see the most played cards.

My personal investing style is to see what cards are in two different major decks that are doing well. This means taking notes on the featured decks, their players, and seeing how they progress in the tournament. If I see a card twice, especially in different decks, I start to watch that card. There will be some drastic inventory shifts: don’t miss out on that vital information as well

Here’s what I do:

Here’s a picture of what I mean: How do you make a move then?

You watch the standings verrrry carefully day two. You want to pay more attention to those who are higher seeded, and the breakout decks and cards that come from the upper brackets. Written coverage is invaluable to see how games went.

All I’ll say is: watch LSV. You’ll make a lot of money.

There’s another tool you should be using to its full extent:

This will give you the signal to move in.

There are two types of people I would follow extremely closely. These two groups are speculators and pro players.

Why follow speculators? It’s pretty cut and dry: they generate the investment demand. The moment Chas or Corbin says a nice word about a card, you should make a buy order faster than a Blood Moon can ruin a perfectly good game of Magic. I honestly would have updates sent to my phone. Considering this is a European PT, you should be paying attention this weekend and basically be on Euro time to catch the important tweets. You’ll have a major edge up if you change your schedule to accommodate the pro tour. It will allow you to move in faster on what the speculators like than someone who is paying absolutely no attention at all. I’d also appreciate it if you’d follow me. I’ll be tweeting my thoughts on the Pro Tour.

The pros also need to be followed. They have the first-hand information. They will provide the REAL demand from REAL players who actually want to play in the PTQs in the summer. Who to follow? As I said earlier, LSV will make you some serious money. If he mentions a card or deck, there will be a thousand people on it (see Travis Woo’s Ninja Bear Delver deck). I also like following Travis Woo. He generates a lot of casual demand for cards that otherwise wouldn’t see spikes.

You should also be following the #mtgfinance hashtag if you aren’t already. That will make you a lot and get a firsthand look into cards that are being buzzed about.

This article wouldn’t be complete without some cards to watch. Here you are. Full disclosure: I have no stock in any of these cards. I too am waiting to watch the PT coverage.

Huntmaster of the Fells

Using ProTrader, I have been watching the inventory data on this card. Copies of this card have been disappearing from all of the retailers. It doesn’t make sense; there hasn’t been too much buzz about it. There has not been a spike on this yet. It’s overdue. This card may see some play. I’m just not sure. I think you should watch it over the weekend and if you see it played just send some of your bankroll this way.

This one has to see some play.

I feel like I’m beating a dead horse with this one, but there should be some good play here. I’m a buyer on this card if I even see it played ONCE. Especially in Kiki-Pod. I wrote earlier about how Restoration Angel could see play in a Kiki-pod list or even a RWU twin list. Or maybe Restoration Angel will blink some faeries. Definitely a card to watch.

I’d also like to watch the price of Remand. Splinter Twin and UR delver both play this card. I’ve heard buzz about both decks. I don’t think it’s out of the question to see a UB faeries deck with Remand as well. Keep a very close eye.

I think it will take the breakout of Splinter Twin or Kiki-Pod at this tournament to see a spike here. However if there is a spike, it’s potentially huge. I’ll be watching these decks closely as I think they could make up the new meta after the banlist change.

Could we see 60 dollars for a now-eternal staple? Yes.

I have no doubt this will be played. I personally think it can make it to the finals of the tournament. I’m a buyer much earlier unless there are very few copies.

Thanks for reading! I hope y’all make a ton of money during this lucrative time. Remember to buy smart and follow me on twitter.

5 thoughts on “Four Speculation Tips During the Pro Tour”