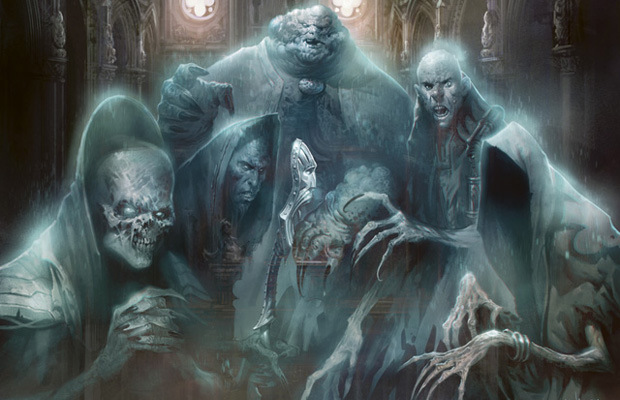 Today, I could have talked about the Modern PTQ season and cards to pick to capitalize on it.

However, there is an issue far more pressing than the Modern PTQ season.

It is the lack of one on Magic Online.

Not only were this but the issues I outlined in the article I wrote last week barely scratched the surface of the issues. I feel obligated to go deeper on the many issues with the Magic Online BETA and, more importantly, how this affects everyone who is investing in Magic at all.

I touched on the trading issues but the magnitude here is huge.

The beta makes trading between players more complicated and impossible. With the introduction of the “trade binder” system, the Magic Online developers had an opportunity to code an “auction house” or a way to seek out other players who have matching haves and wants in order to be able to support the economy. The old client’s infrastructure of merely marking cards as “tradable” made this infrastructure impossible.

This opportunity was missed and thus the economy defaults to the limiting economy of the bots. However, few bots can work on the beta. The bots drive the economy of Magic Online. They make everything tick. If the infrastructure cannot support bots, the economy suffers.

The beta makes trying to find a game ridiculously complex with a system that is both inefficient and worse than the old one. I appreciated the old categorization system that allowed easy access to the room with Scheduled Events, one for Limited Events, etc. There was a simplicity that made it easy to find a game.

The new system is contrived and confusing. It is the kind of system that makes you wonder, “How could this be designed so poorly?”

As an aside, it is extremely embarrassing that Magic Online still does not have a Mac version. Although this does not affect me personally there are many players who would appreciate a Mac version. The beta ignores this and furthers the issues by being based on Visual Basic (a Microsoft program) which will cause inevitable issues in a transition to Mac.

The failure of the beta to address any of the underlying issues is not only the current developer’s faults. I honestly think it is the underlying infrastructure that causes this. It begs the question:

Why was Magic Online created in the first place?

Magic Online failed from its inception to recreate the fun of interacting with other players to play the same game. The token trading and classifieds system incentivized the creation of bots to drive the economy. There was no underlying infrastructure to allow easy trade between humans. None of the…magic of paper Magic exists on Magic online, except the game itself.

The logical conclusion is that Magic Online exists merely for players that are serious about the game and just want to grind against other competitive players.

The infrastructure is well set up for this: bots allow players to purchase cards at insulting upmarks and Wizards sanctioned tournaments allow the best players to shine.

However, there are so many inefficiencies in the programming that these growth problems were inevitable. When you have thousands in a tournament and your code is poor there will be problems.

The beta should have scrapped that baseline and figured out a way to transfer the cards over to the new system. It would suck and be annoying at first but at least they would be doing something. The developers have dug themselves into such a deep hole with this it seems there is no way out.

That does not excuse the…

The handling of Magic Online’s issues has been insulting at best.

I think the easiest description of WOTC’s indifference to the issues is the simultaneous release of a new product, Vintage Masters, while cancelling the entire PTQ season.

Vintage Masters looks like a good product. R&D is WOTC’s strong suit and I have no doubt it will be a very fun set to draft. Nevertheless, it is insulting to cancel ALL Pro Tour Qualifiers for the upcoming season at the same time as releasing a new product.

That shows WOTC does not care about returning service that the competitive players want and use Magic Online for. They only care about getting the product that people will pay seven dollars (7!!!) a booster for.

If Magic Online was created to serve a more competitive crowd, it fails tremendously. Once you cancel PTQs on Magic Online, what is the point? It exposes Magic Online as being a cash grab for WOTC.

People spend so much money getting Modern decks online. They spend more money on Daily Events to prepare for the PTQs that should be online. Even the cheapest of the Modern decks are still hundreds of dollars. If you want to play Jund you will be paying about a thousand dollars.

Prices will catastrophically drop with this news. It will be immensely hard to sell cards back to the bots at even a small fraction of the price.

The players are getting alienated. PTQs used to run, at least. Now there is nothing but the Daily Events and the draft room.

Not only were the PTQs cancelled but the MOCS finals were cancelled as well. Many players grind Magic Online just to get QPs (qualifier points) just to get into the MOCS tournament which has a very good payout. With these cancelled, there is no reason for these people to play Magic Online more.

The vision of Magic Online was to allow for people who did not live near a local PTQ to be able to go into a major event and have that opportunity. You could also participate in a few of the Magic Online PTQs to be able to play at that competitive level outside of local events. That is all gone now.

Magic Online has failed in every respect to accomplish anything and is an insult to anyone who supports WOTC.

This obviously has many implications for the wider world of MTG finance.

Modern PTQs will not run which means that there will be no event reports that show the best decks on Magic Online. That removes a HUGE gap in the potential information we had to invest on. We are entirely dependent on local PTQ results which may or may not reflect the wider metagame.

Many of the potential opportunities are gone. Whether you like it or not, Magic Online is where all of the professional players come to test their decks and play in PTQs. As more and more players lose their faith in Magic Online it will lose its importance. There will not be as much data for us to scour.

We are already seeing the effects on Magic Online itself. Past in Flames has dropped by 5 dollars. The economy cannot support being tested like this.

It shows in real life too. WOTC looks inept. The situation is embarrassing. There is a general low morale for anyone who has ever booted up Magic Online.

It is really a shame what has developed on Magic Online. There is no end in sight to the problems.

The only timeline we have is the release of the cash cow Vintage Masters.

That should be eye-opening to how WOTC really feels about Magic Online.

There is no outreach. The “community outreach” people for Magic Online fail to acknowledge the glaring issues with the infrastructure or provide a solution to them.

The players on Magic Online are not valued by WOTC. They can release anything and people would buy it. Drafts will continue to fire. People will continue to invest thousands into Modern, Standard, and Legacy decks. Why do they do that? Because they love the game. Not because Magic Online is worth anything.

I am going to stop with the Magic Online articles for now. I hope to revisit at a time when there is good news to talk about. I am not optimistic. I don’t see an out for the developers to create a better client. We were screwed from the start.