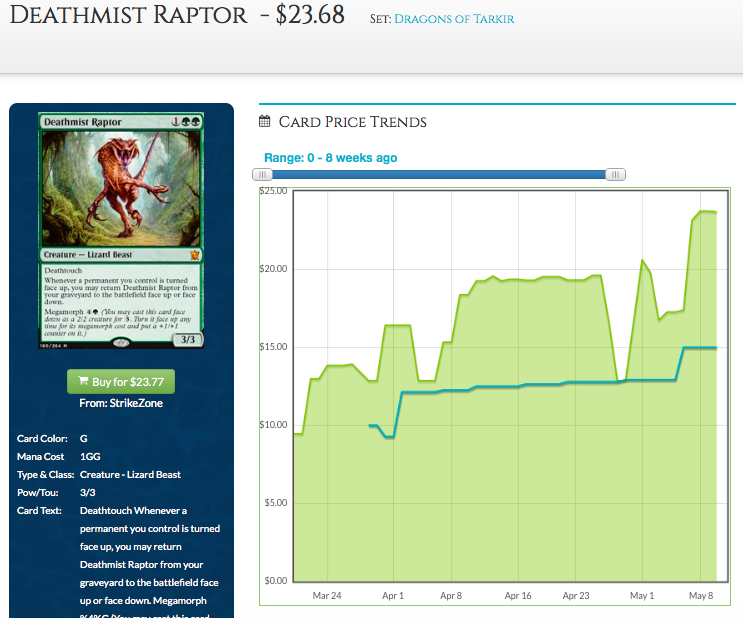 
After a stellar showing at Grand Prix Toronto last week, with half the top 8 running a full four copies of Deathmist Raptor, the mighty morphing dinosaur’s price hiked from $20.51 to $23.68. My call for the raptor this week would be a sell call. With the Dragonlords taking up a large chunk of the set’s value, I suspect $24 is pretty close to the ceiling for Deathmist Raptor. On top of that, the first wave of Dragons of Tarkir redemption will be processed this Wednesday and would start hitting the market next week. Deathmist Raptor’s current spread is 37%. 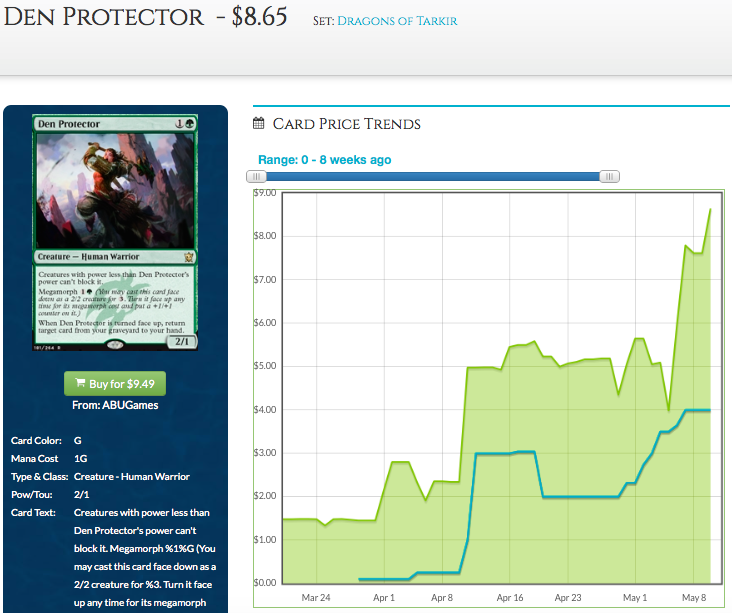 
The centrepiece of Esper Dragons, Dragonlord Ojutai, is currently perching at a height of $37.99, after another spike. 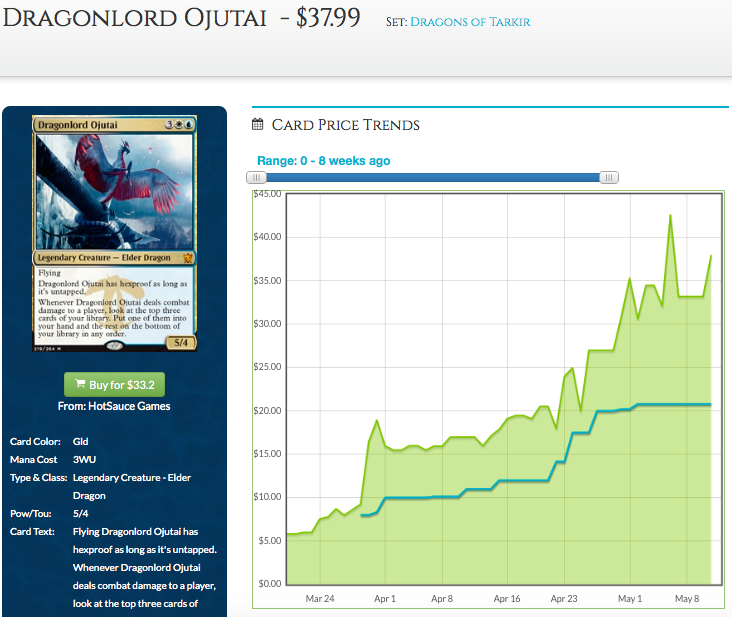 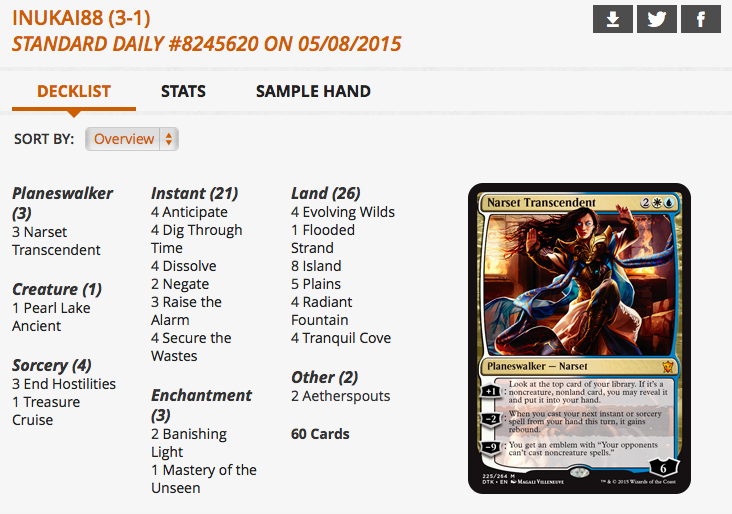 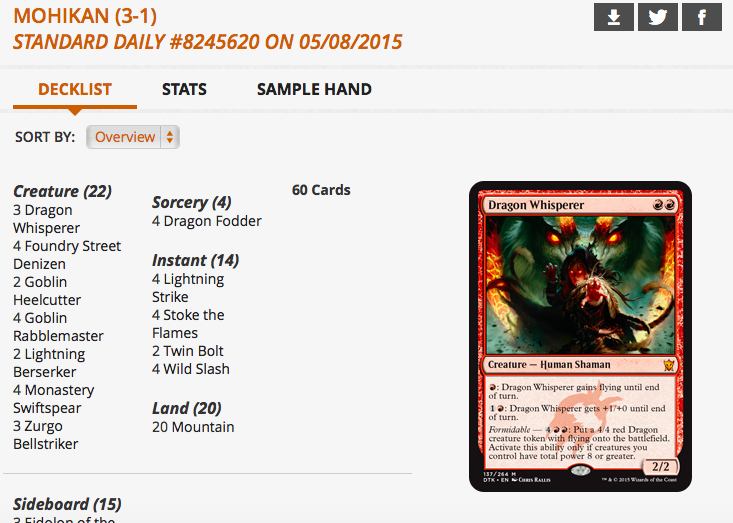