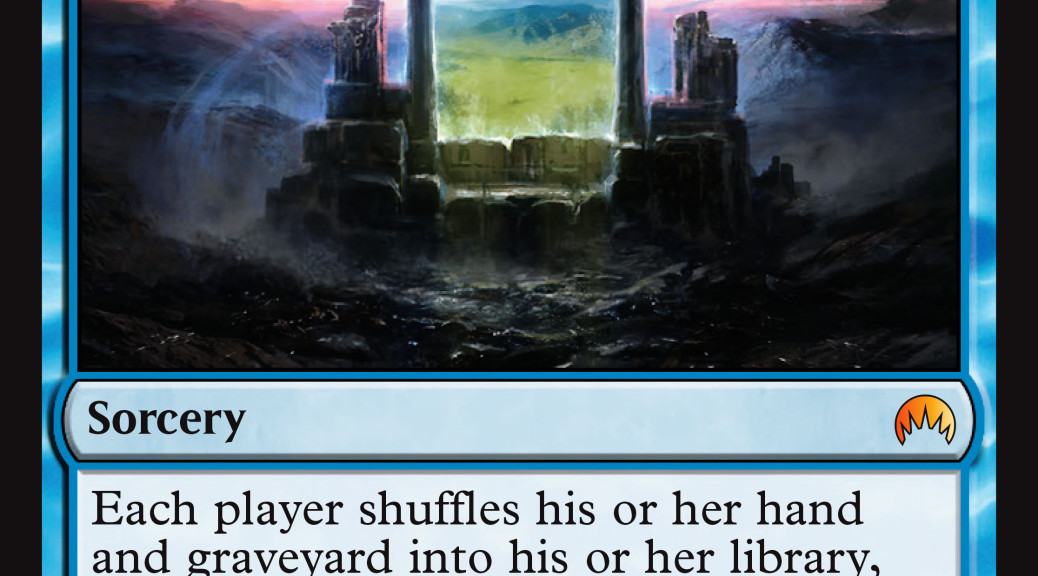 One of the things I am excited about during spoiler season is spotting Modern-playable cards. It pays to be able to identify Modern-playables early on. Take, for example, two recent cards that shook up Modern in a big way: Kolaghan’s Command and Collected Company. Kolaghan’s Command, which saw only a bit Standard action in Mardu builds, was available at under $3 for two whole months. Collected Company was the cornerstone of Standard Green-based Aggro builds but it remained at its release price of $5 for a month-and-a-half before breaching into the double digit price region.

Modern has evolved into an eternal format that rivals Legacy in diversity and depth. Over the last month-and-a half, we saw four major events taking place in four different regions, with four distinct metagames. After nearly four years of existence and a slew of unpopular bannings which in hindsight were wise decisions, Modern has finally become the eternal format that we’ve always wanted. An eternal format where we can always play our favorite decks (unless yours is Birthing Pod), a format diverse enough for most decks to have a shot at taking home the grand prize, a format with a number of tier-one decks large enough to rival the cast of Game of Thrones. And more importantly, an eternal format without card availability issues.

Modern has never been more popular than it is today, which is why evaluating a card’s playability in Modern has become an essential aspect in the MTG finance reviews of new sets. Today’s article is going to discuss a few fundamental characteristics of cards that are able to break it in Modern. Seasoned competitive Modern players would likely be familiar with these points, but players or financiers who do not dabble much in the format may not be. This article is targeted at the latter groups.

Conveniently, there is a rather controversial Magic Origins mythic that was spoiled last week which we could use as a case study to find out what it takes for a card to break it in Modern:

One of the more polarizing Magic Origins card spoiled, reactions ranged from, “They’ve reprinted Timetwister!” to, “It’s Time Reversal 2.0!” More importantly, the majority of the discussion generated by Day’s Undoing centered around its impact in Modern. After all, the last time Wizards reprinted a Power 9 card, it broke the format and fell under the banhammer within a few months.

Does Day’s Undoing has the makings of a Modern-playable card? The questions below will help put things into perspective.

The answer is an obvious yes for Day’s Undoing, but I chose to open with this question to highlight the first aspect of a card to look at when evaluating a new card’s Modern playability. In the same vein as Legacy, Modern is a highly efficient format and the rule of thumb for a card to see Modern play is that it should cost no more than four mana.

In a format where Remand is the most popular counterspell, Path to Exile the most popular spot removal, and 4/5 creatures cost one or two mana, attempting to resolve a high-casting-cost spell that does not win you the game immediately is just asking to be wrecked. Even at four mana, a spell has to pretty much do everything for it to make the cut in Modern, like Cryptic Command or Siege Rhino.

That does not mean that any cards that cost more than four are unlikely to see Modern action, but cards that cost five mana and above have to fulfill one of the following to have a shot at making it in Modern:

Have you ever wondered why Standard all-star Primeval Titan does not see Modern play outside of decks that runs lands as their win conditions, such as certain Scapeshift variants and Amulet Bloom? Even though Primeval Titan generates insane value upon resolution, tapping six mana for a creature that is vulnerable to both Path to Exile and Remand exposes you to the risk of experiencing a significant tempo drawback.

Day’s Undoing is obviously within the casting cost restriction of Modern, so let’s go on to the next aspect of Day’s Undoing that is much talked about.

Is Day’s Undoing Part of a Two-Card Combo that Wins You the Game Upon Resolution?

One of the most-discussed aspect of Day’s Undoing is that you get a pretty good impression of Timetwister in Modern by coupling it with one of Quicken, Leyline of Anticipation, or Vedalken Orrery, but does it make Day’s Undoing good enough to be played in Modern? There are two questions to ask to determine if an interaction is powerful enough to work in Modern:

Most of the tier-one combos in Modern are two-card combos that win you the game upon resolution. Splinter Twin plus Pestermite. Ad Nauseam plus Angel’s Grace. Goryo’s Vengeance plus Griselbrand. There are plenty of other cool two-card combos, like Grand Architect plus Pili-Pala, but what what good is infinite mana if it does not win you the game?

The Kitchen Finks/Murderous Redcap plus Melira, Sylvok Outcast/Anafenza, Kin-Tree Spirit plus Viscera Seer interaction is the only tier-one Modern combo that requires more than two cards, and it only works in the format because most of the pieces are Modern-playable cards by themselves or have multiple interactions with other cards in the deck. Kitchen Finks is one of the best value three-drop in Modern, and Viscera Seer serves as a sac outlet that allows for plays like permanently exiling a creature with Fiend Hunter or turning Voice of Resurgence into a huge elemental in response to Path to Exile. Seer also helps sift through the deck to find combo pieces you may still be missing.

While Day’s Undoing paired with any of the three cards mentioned above gives you a Modern Timetwister, that interaction does not win you the game. Even worse, Quicken, Vedalken Orrery, and Leyline of Anticipation are cards that would not see play in Modern on their own merits.

Does it Really Fit into an Existing Archetype?

Collected Company was the card that Elves needed to ascend into tier-one playability. Kolaghan’s Command significantly bolsters Grixis decks as a highly flexible card that is useful in all situations, in the same vein as Cryptic Command. Treasure Cruise gave Blue-Red Delver an efficient way to refill its gas to out-grind the midrange Rock decks.

Players much better than me put forth compelling arguments for Day’s Undoing as a means for aggro decks to refuel their hands, but I am not entirely convinced. While I don’t agree with their perspective on Day’s Undoing, I would highly recommend reading their points to come to a conclusion yourself.

Hyper-aggressive decks (like Affinity or Burn) that are able to empty their hands pretty fast theoretically reap more value out of Day’s Undoing’s symmetrical draw effect. While your opponents may lose more cards from their pre-Undoing hands, the fact that they too get a fresh seven means that they will get to reload their arsenal of answers for your threats.

As an aggro deck, I don’t think you would want run out a Day’s Undoing against the majority of the top decks in today’s metagame. You wouldn’t want Jund, Junk, or Grixis to draw more removal after you’ve teased out the ones in their opening hand and subsequent draws. The fact that Day’s Undoing ends your turn as part of its resolution means that your opponent gets to decimate your board with his or her newly drawn hand first. You don’t want opposing creature-heavy decks like Abzan Company, Merfolk, or Elves to draw more creatures or lords to bolster their sides of the board. And you certainly do not want it against Twin decks: imagine them casting a Pestermite in response to your Day’s Undoing, untapping, and then going off. Not good.

The same applies to arguments about using Day’s Undoing in combo decks. You would be refueling your opponent’s counterspells and hand disruption.

Furthermore, the fact that Day’s Undoing costs three may render it too prohibitive to be included in Burn. Treasure Cruise and Deathrite Shaman were adopted by Burn as they both can be cast for just one mana, and Atarka’s Command is only two.

I think Day’s Undoing is unlikely to see Modern play. It is not part of a two-card “oops, I win” combo, it does not seem to fit into any existing archetype, and it is very unlikely to spawn a whole new archetype as it is not an engine card.

Day’s Undoing is currently available for preorder between $17 to $20. My call would be to stay far, far away from it and sell or trade off any copies you open at the prerelease right away. I think Day’s Undoing will soon join its buddies Time Reversal and Temporal Mastery as cards that tried so hard to be a Power 9, but failed miserably.

The only upside about Day’s Undoing is that the card solidified Jonas De Ro as one of my new favorite Magic artists.

Do share your thoughts on this card and its breakdown in the comments section below or catch me on Twitter at @thguoheng.

2 thoughts on “Anatomy of a Modern-Playable”