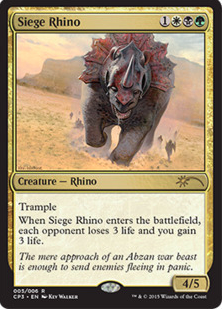 Let’s take a look at the Magic Origins Clash Pack to see if it is worth picking up in order to boost the value of your collection. I’ll look at both the MSRP versus retail value of the singles and then compare them to my opinions of what the future value of the cards will be after their rotation from Standard. I’ll also keep in mind that some of the cards from the decks are alternate art foil, which could reflect their future value.

For the alternate art foils, I am going to use the TCG Median price since MTGPrice does not yet track the value of specific clash pack foil versions of cards. I will note the special foils with three asterisks ***.

The MSRP cost of the clash pack is $24.99, so looking at these two decks priced at $25 feels like highway robbery. Collected Company and Windswept Heath makes this a very juicy pickup indeed. On top of that they decided to throw in Dromoka’s Command, Siege Rhino, Honored Hierarch, and even Anafenza, Kin-Tree Spirit for fun.

The retail value of the singles versus the MSRP of the deck doesn’t automatically mean that everyone should buy this. Yet, I’m pretty sure this is the first clash pack released that is more than double its MSRP value in singles if you were to pay TCGPlayer Median for them. I’m wondering if that means the singles in the clash pack will drop significantly or if this clash pack will sell above MSRP for its life in Standard due to the value of the cards. 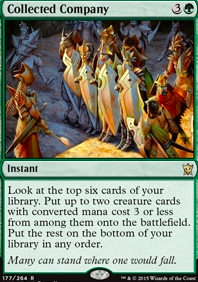 So this card is almost $20 TCG Mid right now as a Standard legal rare. Only out since April, Collected Company has already spiked three times due to Modern hype and the amount of decks that it has helped to push in the Modern format, on top of Standard demand in decks like Devotion to Green and Selesnya Aggro. Please realize though that this card isn’t Snapcaster Mage, so I don’t think that the $20 and higher price point is going to be sustainable for long. 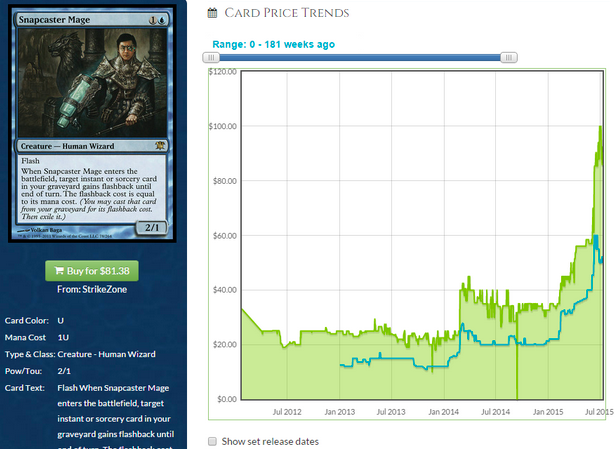 It took a long time for Snapcaster Mage to break the $25 barrier. While it was in Standard, not only did it NOT receive the clash pack treatment but it also never went far above $25 as a fair trade price and could easily be acquired in cash or retail for $20 or less. Collected Company isn’t going to be nearly as ubiquitous as something like Snapcaster Mage. I mean, Birthing Pod decks at one point was putting up numbers in the mid-30% range of Top 8’s in Modern and even Pod never went farther than $20. 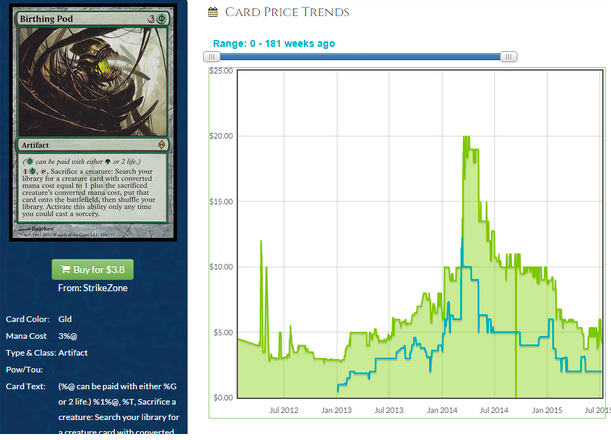 Standard legal cards are tricky, though. Since CoCo is so popular in both Standard and Modern the new price could be sticking. However, with the clash pack reprinting I’m guessing that something similar to what happened to Courser of Kruphix is going to happen to CoCo. 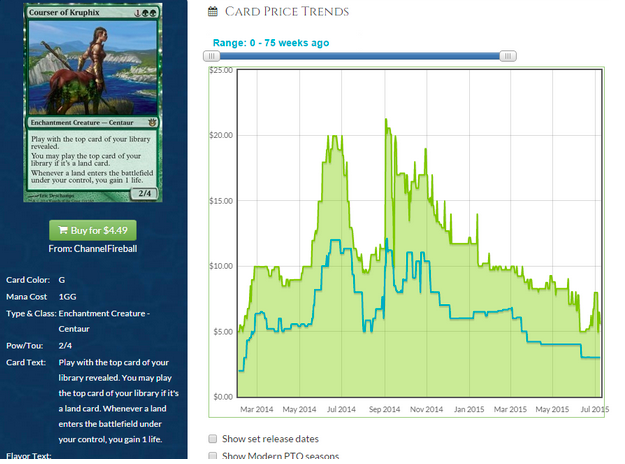 See that dip there in Jan 2015? That’s about the time the clash pack came out. Courser dropped $5 and never recovered in price. Now, CoCo also has significantly more Modern demand going for it, which is part of the reason the price is so wild right now. Though I feel that as more Dragons of Tarkir packs are busted that the hype will die down and that Collected Company will settle between $12 and $15 for the rest of its Standard life with a dip at rotation. However, if you were savvy enough to get in on Collected Comapny at $4 prerelease prices then definitely get rid of any extras you have before the price starts dipping again. This is the highest we’re going to see it for a while, and the clash pack reprint means the price is only going down. 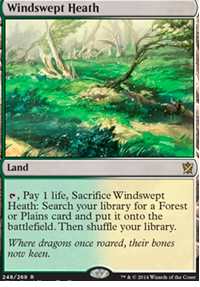 I don’t think the clash pack printings are going to have any effect at all on Windswept Heath’s price in the near future, other than to stabilize it further at $15 compared to the other currently Standard legal fetchlands. The price isn’t going to lower significantly, as I don’t think we’ll ever see sub-$10 fetchlands in Standard since they are so vital to mana bases in the format and beyond.

This is a great opportunity to get in on Windswept Heath once copies from the clash packs saturate the market, since I’m guessing that many players are going to want to pick this clash pack up for the value. Once the price on Heath stabilizes, it’s going to be nice to pick up extra copies to use as trade bait later in Heath’s Standard life. 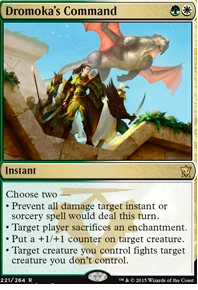 Dromoka’s Command is never going above $6 due to the clash pack printing. It previously had highs of $10 closer to the release of Dragons of Tarkir, however now that the hype has died down and Standard might be taking a new direction as the fall approaches, demand for Dromoka’s Command has wavered and retailers have updated their prices to reflect that.

In general, I’m not sure if Siege Rhino will ever go much further than $6 retail during its remaining time in Standard. Abzan is already starting to wane in favor of other strategies, so the demand for the Rhino has also been waning. 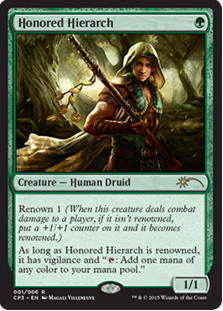 The jury’s still out on Honored Hiearch, as Magic Origins has just been released, however I think that it definitely has potential in Standard since Wizards is showing that they are moving away from one mana manadorks in favor of cards like Rattleclaw Mystic. My personal evaluation of the card is hot garbage, however I’m no professional player and also noted that Wizards released this as a rare which means that in playtesting it was too powerful as an uncommon (maybe for limited reasons?).

Either way, due to the clash pack printing and the already low price of $2.50 to $3, I don’t think that the Hierarch is going anywhere in price for the time being. Seems like it is tricky to get going in Standard, and even then your reward is only Birds of Paradise. 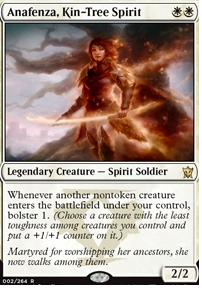 Any chance that this card had of going over $3 was just killed. Now that there are going to be even more copies of this version of Anafenza out there the price isn’t moving. In fact, it could even go down based on the release of the clash pack.

If a later Standard strategy utilizes her, the price might move back up towards $3 but I don’t think there is room for growth here due to the clash pack reprinting.

The awesomeness of this clash pack can’t be understated. There is a ton of value here and I’m sure I’m not the only person that noticed. The big-box retailers are going to sell this clash pack for $30 or more based on the card values yet there are always deals to be had. I’m sure plenty of retailers are going to have this for $25 (or less even) so if you want to pick up the clash pack for a cheap copy of Collected Company and Windswept Heath for Standard play you can’t go wrong.

However, I would caution that once the singles dip in price that the deck will get less and less valuable and therefore less attractive as a pickup. For example, after Collected Company and Windswept Heath stabilize in price, most of the value cards are going to be $3 and less with just tons of bulk thrown in there. It’s going to be hard to trade or out the cards as more time goes on, so if you want to make the most of this clash pack then it is better to sell or trade the singles sooner rather than later.