While guest writer, Jeremy (@LengthyXemit) was not available to bring you a financial breakdown of Grand Prix Atlanta, I was there and will do my best to provide you will unbiased information from the Grand Prix. 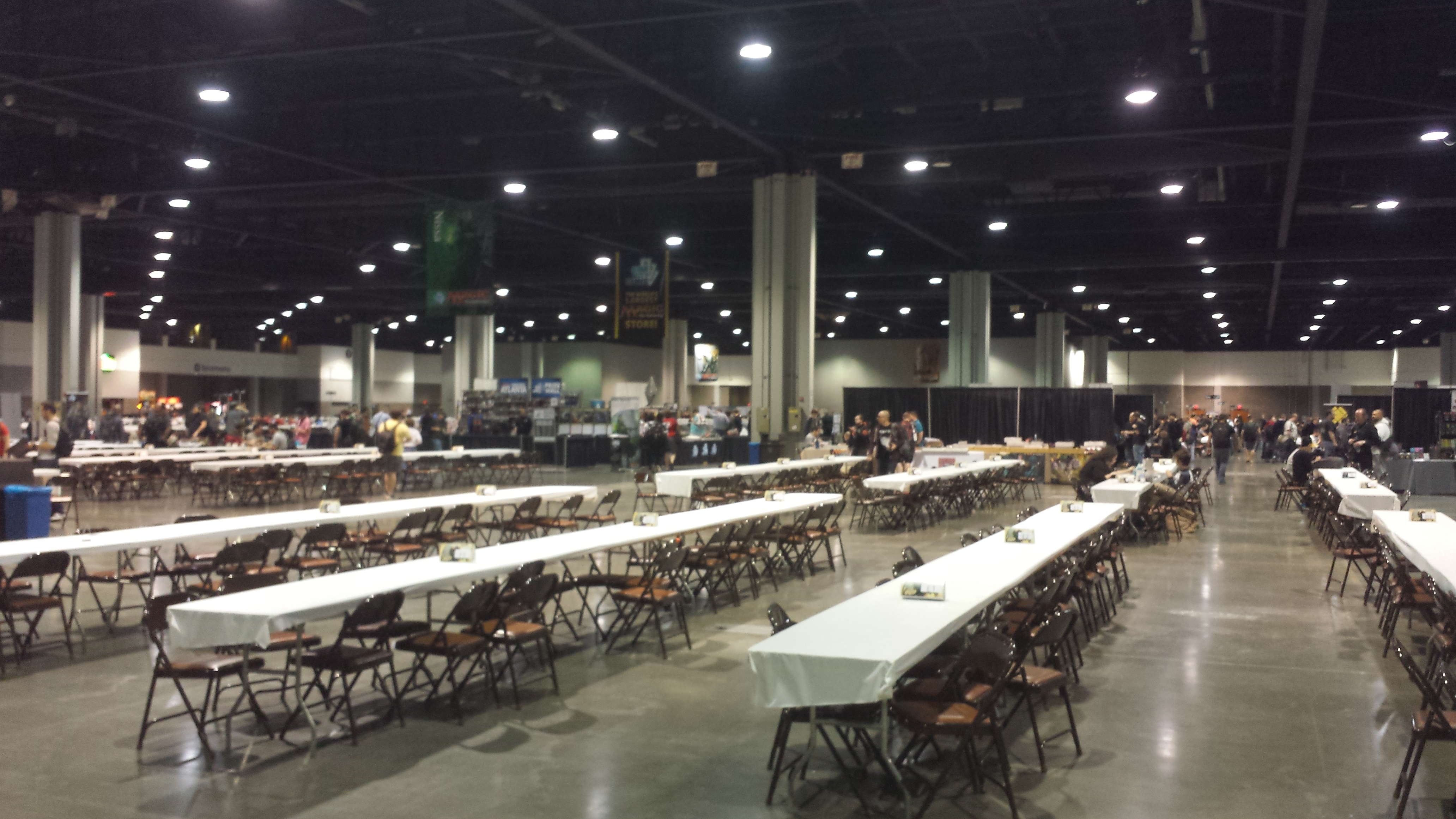 I arrived late on Friday and was able to stop by all of the vendors to check out buy and sell prices.  Grand Prix regular, Ogre, was buying for a rather rag-tag booth.  I’m honestly not sure who was running the booth because they didn’t have signage saying as much.  In all, there was a paltry 8 vendors (and StarCity games) buying and selling at this Grand Prix.  It was clear from the onset it was a buyer’s market. 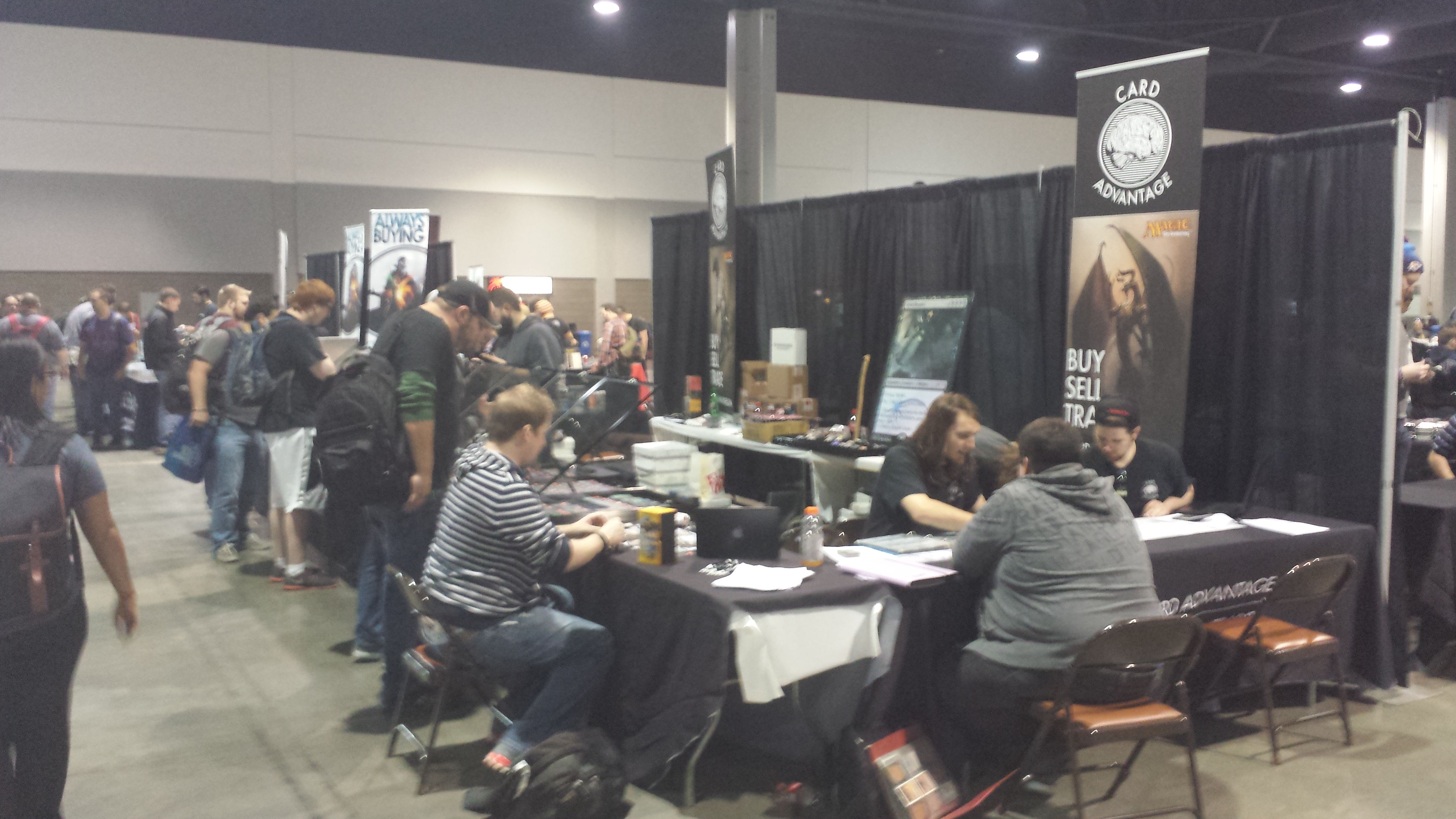 I don’t want to continue to sound like I’m singing a song of gloom and doom but if you didn’t sell your cards on Friday or very early on Saturday, you had very limited deals.  I had an Unlimited Volcanic Island I was interested on selling and decided to try to shop it around.  Most cards in Modern and Standard it’s easy to tell who you should sell to (the hotlists boards say a lot).  With Legacy or Vintage staples (especially cards on the reserve list) you can ask vendors until you get the best price.  Depending on how well they move the product they may offer you more or less on cards like Moxen (which vary widely by condition).  I went to my friends at the Coolstuff booth and got a quote a bit lower than I wanted to get that weekend.  After I went to 6 other booths without any offer, I realized it was going to be difficult to move it for top dollar.  I raced back and got my money before they could buy too many more dual lands.  The theme of the weekend is that nearly every vendor was marking down played duals and turning away sellers with more of them.  I’m not sure if this “sell off” is a reaction to StarCity’s announcement of reduced Legacy support or if this is just coinciding with the end of year sell off. StarCity games also had aggressively priced duals in their HP display case and even did a special sale on Sunday morning for a deeper discount. 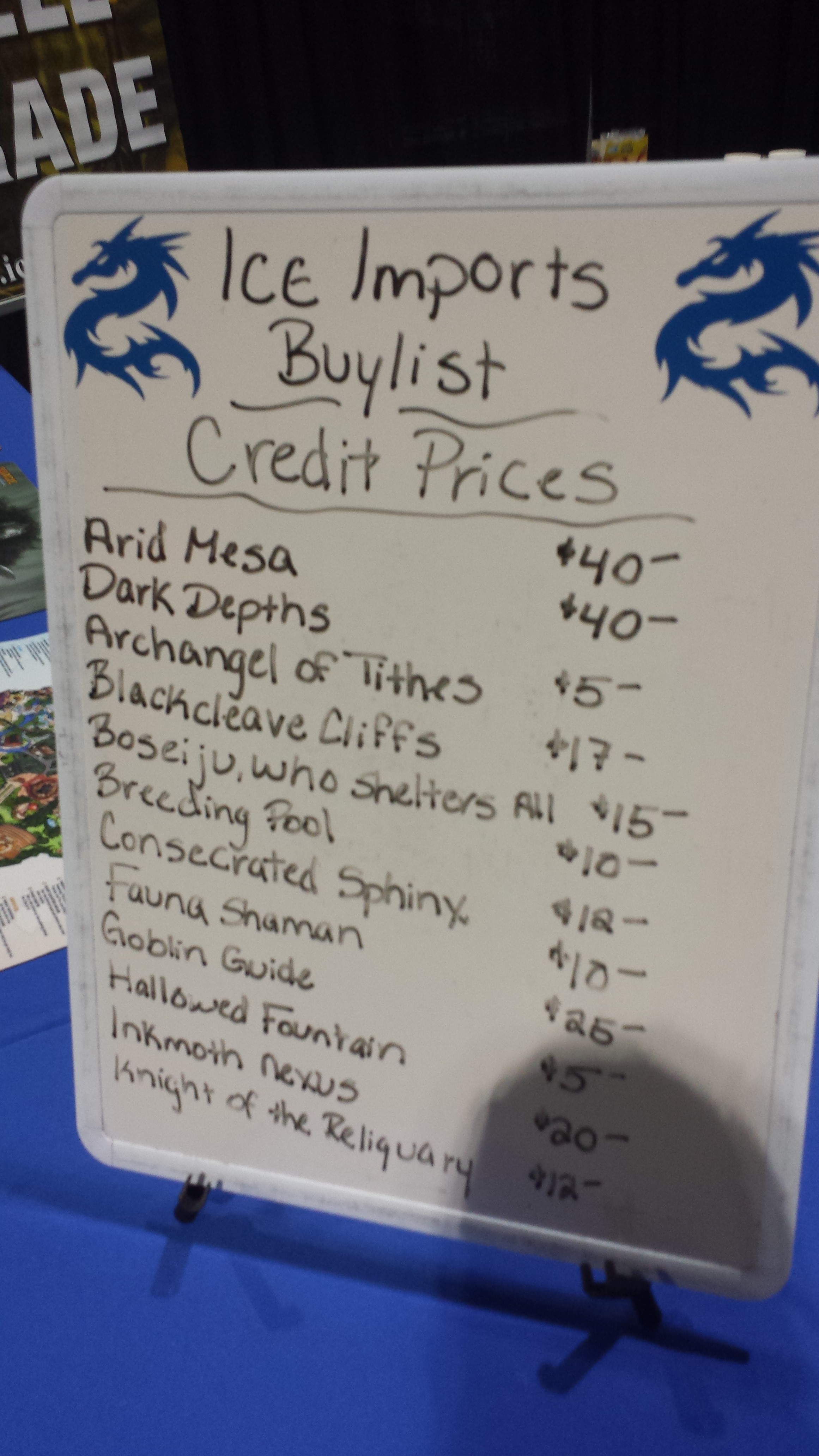 If you wanted to sell cards after dropping from the tournament to get some cash for side events, you would have had some bad news.  Many dealers (especially the smaller ones) ran out of cash to purchase cards midway through Saturday.  I’m not sure if they came under prepared or had nobody that could take out more but if you wanted cash your choice of the 8 vendors was very limited.  Some vendors (like Ice Imports, above) changed their hotlist boards from buy price to “credit price” which often made it look more enticing than it was.  I’m fairly certain a lot more people sold off their standard collection this weekend than was expected.  If you have a lot of standard cards you were waiting to sell off, you’re probably about to run out of time by the time this article comes out.  I would expect Grand Prix Pittsburgh to have some of the lowest buy prices of the year.

I bought a number of expeditions this weekend and there were deals to be had if you were vigilant.  Cases were changing so often you could visit the same booth every few hours and see a different selection of expeditions.  I tried to make some slightly lower offers than sticker price but none of the vendors were really interested.  The prices were pretty comparable to TCG low on a lot of them and I managed to fill out some I was missing for about that much.  If you bought any expeditions this weekend then you probably got them at the lowest price they will ever be again.  I personally was able to pick up an expedition Cinder Glade, Watery Grave, Sacred Foundry, and Arid Mesa for a paltry $250.   I can’t stress this enough, but if you want these then get them now.  We’re done seeing them get cheaper.

Have you ever seen a dealer tell you they didn’t want any more of a chase Standard mythic? A lot of vendors’ cases were filled to the brim with Gideon, Ally of Zendikar and buy price a fraction of his sticker price.  I would expect an overall drop in the price of the land cycle, Gideon, and any remaining mythics or rares holding value in the set in the coming weeks.  This is not unexpected, as the usual best buy point to get into fall set cards is late December.  If you are interested in picking up cards for EDH or other more casual formats, you can expect the best prices in December until they rotate in Spring 2017.  I’m personally looking to grab my Gideons for the year around Christmas.  I’m expecting to pay about $20 per copy.

I sold off my extra ones this weekend as they have been on a pretty steady decline on buy lists.  For some reason, Flipside was paying $11 for Windswept Heath (which is the highest I’ve seen it – most vendors were paying $6-9) but the rest of them were $16 or less.  I think we may actually have another “good” time to buy into them soon.  A lot of vendors are filled to the brim with lands and it’s only a matter of time before they reduce sell prices to move some inventory.  If you have some money eating a hole in your pocket it’s hard to not recommend picking up some real estate in December. 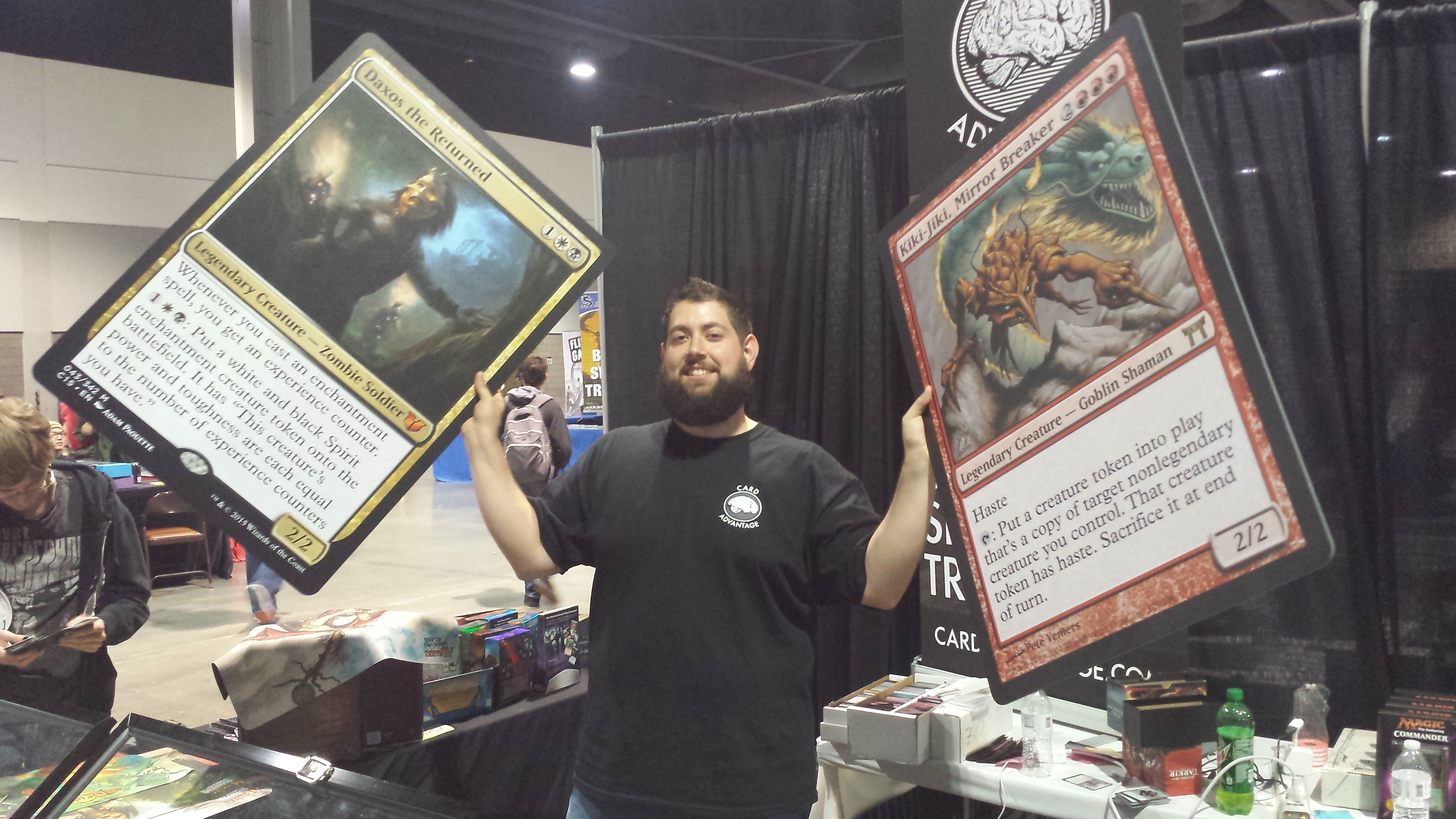 Grands Prix are much more than just buying and selling cards.  Meeting new friends and forging connections makes every Grand Prix that much more fun.  Self proclaimed “King of the Nerds” – Zach (@ZachSellsMagic) is pictured here with his prize wall spoils without playing in any side events.  If you’re interested in oversized card finance Zach is your go-to for information on cards that aren’t one-ofs (like the Eternal weekend cards).