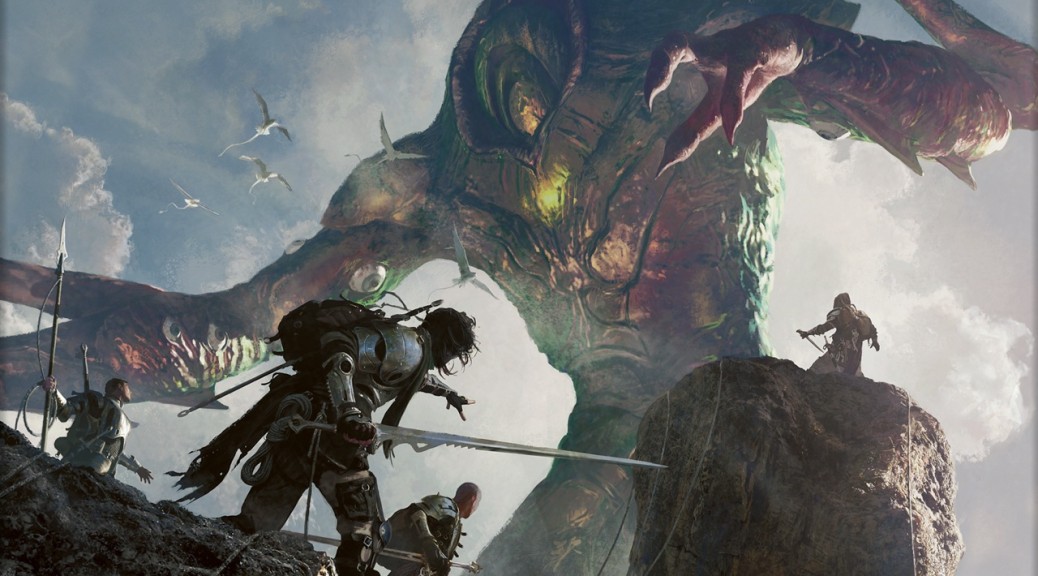 
We’ve slowly been seeing more and more pieces of OGW flow in and they have been very interesting, especially from a financial perspective. Let’s take a look at the spoilers that have been revealed so far and see what possibilities lie in store for us as January approaches.

First and most importantly, we are now receiving a new basic land (not type, just land – your Tribal Flames are still going to be burning people for only five damage max) – the Wastes. 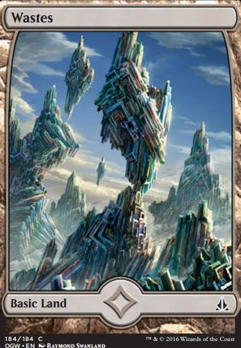 This land means a whole, whole lot from a financial perspective. Since this is a basic land, nearly ever Magic player out there is going to want to have some of these, and the only way for them to get them is going to be be in Oath packs, Fat Packs, and other products. Looks like we could be seeing a fat packs fiasco all over again. At least initially.

I’m not trying to be the bringer of doom and gloom here of Wastes’ future price, but what if Wizards starts printing these lands in land packs that are distributed at tournaments along with the rest of the other basic lands? Right now I think that many of us are under the impression that we will only be able to get these through OGW products, but since this is basically the “purple” color that everyone has theorized that Wizards was ultimately going release I think that they are going to heavily support it moving forward so that players aren’t shelling out multiple dollars per copy of basic land that they need for a deck. This could just be wishful thinking on my part, but I’m not sure if I’m going to go out of my way to pick up massive amounts of Wastes for $0.25 or more a piece.

Foils on the other hand are a totally different story. For all the people that want to make fully colorless Commander decks a thing (which they have been in the past, however you couldn’t play any basic lands in the deck which makes it significantly harder to build especially for newer players) foils are going to have a decent premium going forward, and with the different arts for the Wastes I think that the more popular arts will easily maintain their value through the years. I’m not going to be looking to pick up the foils immediately after the set comes out but as soon as I sense that a lull has been reached I’ll be sure to pick up my own copies of foil wastes for the Karn, Silver Golem Commander deck that I run.

Expedition information has slowly been trickling in and we have pictures of Mystic Gate, Forbidden Orchard, and Ancient Tomb as revealed cards. 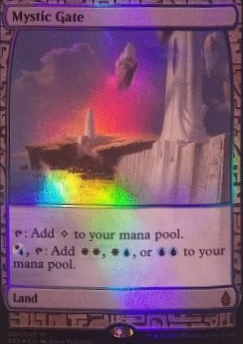 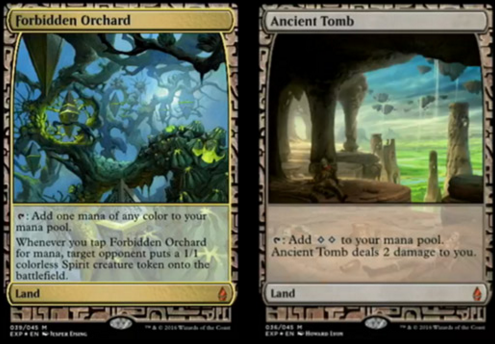 What this tells us is that we’re going to have the filter land cycle, but also that Wizards is throwing in one-off’s of lands that they wanted to include as part of the elusive expedition collectables. I mean, no-one was really clamoring for Forbidden Orchard (even though the art is really, really sweet in the expedition!) but Ancient Tomb is a welcome sight and means that we might get a few more Vintage and Legacy playable expeditions… could we even see a Wasteland spoiler eventually?*(12/14 Edit – Yes, we do have Wasteland! And Strip Mine! see the full reveal here) Is asking for a Rishadan Port, Dark Depths, or Grove of the Burnwillows too much? Probably, though to to keep selling more and more packs I wouldn’t be surprised to see popular Legacy/Commander lands being included as expedition in this set.

In terms of price and collectability, I think we’ll see the same trend in the new expeditions as we did with the Battle for Zendikar ones. BFZ expeditions hit their lows in November and October, a few months after the set was released, but now that Oath is approaching shortly the supply for BFZ is going to dry up and the prices of expeditions will also go up since they won’t be getting cracked in packs as often anymore. I also expect Oath lands to follow this trend, and maybe even accelerate it a little bit since Shadows Over Innistrad is also closely approaching on the horizon.

All in all, expeditions will be collectable for years to come, as they were included specifically in Battle for Zendikar block as a way for Wizards to sell more packs while also providing players with awesome Cube and Commander collectables that the player base has always gravitated towards. First in the form of judge foils, but now that judge foils are getting rarer it seems that special foils like expeditions are going to replace them. Yes, this reminds us of the Secret Rarity of Yu-gi-oh!, but at least here it is only reprints and the cards are not required for Standard or other tournament play. 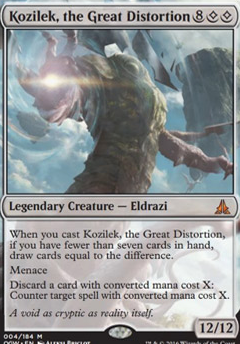 
Kozilek, the Great Distortion is the premier card that Wizards gave us showcasing the new Wastes mana. I think they’re just calling it colorless? It will be produced by all spells moving forward and any other ability that taps for colorless mana will produce the diamond symboled mana that is displayed on Wastes. For example, the first ability of Shivan Reef will be able to be tapped for diamond mana.

All in all, it could be an interesting card for Standard since it rewards you for ramping and dumping your hand since when you cast him you can refill back up to seven cards. Having Menace and free counterspells available is also a huge bonus, so at the very least he will be hugely popular in the casual crowds for years to come.

Like Ulamog, initial prices will be high (especially in light of the Wastes release) so wait a bit for prices to die down to pick up your copies. 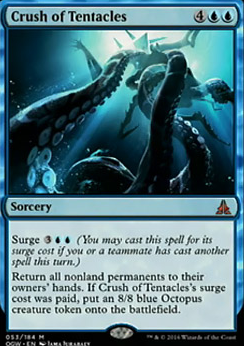 While this card is somewhat underwhelming by itself, the Surge mechanic is going to either be extremely dull or entirely broken, similar to Delve. As long as they don’t go crazy with Surge in the set I think it will border on boring rather than format defining. Still, keep an eye out for any interesting Surge cards since they might have a ton of casual appeal for players like to play a ton of 2HG. 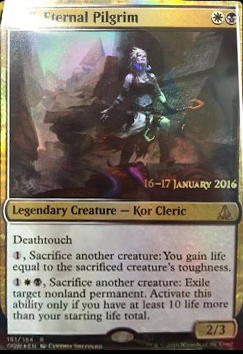 This card has great applications for Standard. There is already a sacrifice deck that exists, and this card will slot very nicely into that shell since it already is a cheap 2/3 with deathtouch for only two mana. I’ll be watching the price, especially foils, since I believe this will be very popular in Commander too since the cmc is sooooooo low for the stats and it is a legend. 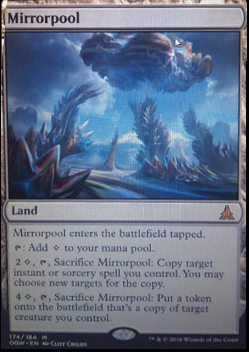 This land… is gonna wreck people in Commander, and nowhere else. I mean, sure it could see Standard play, but I think it is really slow and would take too long to get online. Looks for foils, and wait for the price to drop a bit before picking them up. I think that since this land isn’t legendary, it could fare nicely in Modern and other eternal formats as well since being able to copy instants, sorceries, or creatures is versatile. However, I believe that versatility is better suited to casual formats since the time and mana investment it takes to get this land online is quite steep.

That’s all this week. Let me know what you all are looking out for as OGW approaches.

3 thoughts on “First Looks at Oath of the Gatewatch”