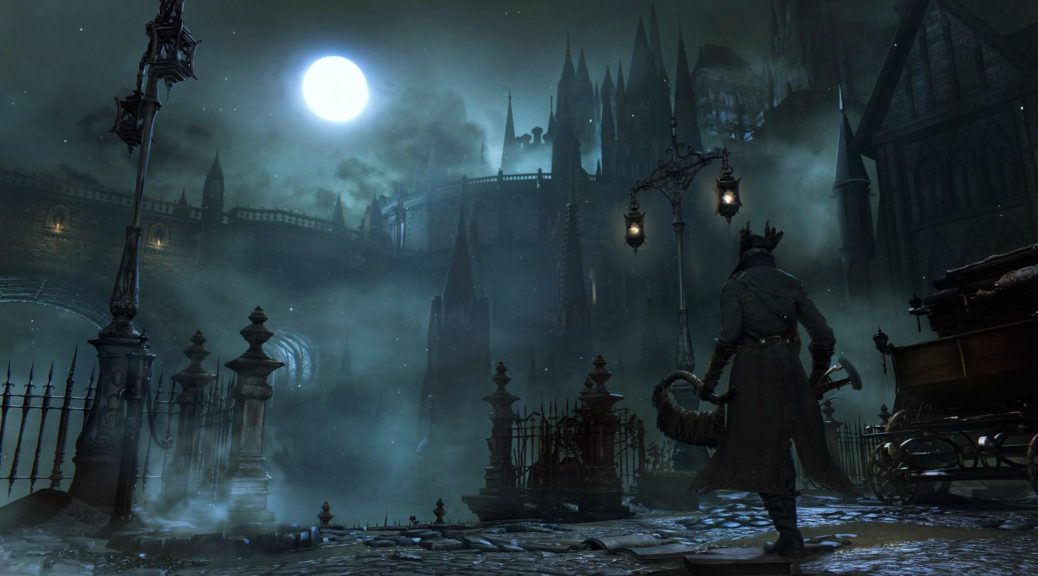 Trying a new format this week, and although the vast majority of it is going to be focusing on immediate results from the Pro Tour, I definitely think there are some other elements worth mentioning as well. But let’s go ahead and jump on in!

WINNERS: Green/White Decks. I want to start here because it is both the most obvious and probably the least important. Yes, the finals match was GW Tokens over Bant Company, but those two decks did not feel like the definitive archetypes of the weekend. The Pro Tour had eight very different archetypes represented on Sunday, and I think it is fair to say that any of those decks could have taken first. It’s also worth mentioning that neither of the last two players standing (Rubin and Mengucci) are new to the game, and so it wasn’t the sheer power of their 75 that got them to the end of the tournament. Similarly, Shota Yasooka made Top 8 with Esper Dragons, an archetype that performed SO poorly over the weekend (an estimated ten players registered with it on Friday), that he was the only one to even make DAY 2 with it! This is a good indicator that the format is in a healthy place, where playskill is able to leverage deck selection without devolving into endless mirror matches.

LOSERS: Green/White Decks. There is a lot that can be taken from this weekend and applied to a long-term, nuanced understanding of this environment and the direction of the game as a whole. That does not, however, sound like the vast majority of Magic’s audience. Everybody loves a front-runner, and I expect these white-based aggressive decks to have a big target on their backs moving forward. These are also the types of decks least-equipped to handle that kind of preparation. Expect to hear someone complain about how good these decks are at FNM, as though Lin-Sivvi, Defiant Hero never happened.

WINNER: Hissing Quagmire. I don’t think that Green/Black decks over-performed this weekend. In fact, I think that this is likely one of the best color combinations in the format, especially because it gives access to Languish AND Seasons Past. Languish is a for-sure 4x moving forward, and is therefore able to maintain most if not all of its price gains from this weekend, although Seasons Past is much trickier. I expect Seasons to level off a bit more just because decks really don’t want more than two copies (but four Dark Petitions is correct!), and in my brief time playing with Finkel’s list, it feels much more tuned for a Pro Tour than the format moving forward. The Aristocrats deck, however, has so much raw power that it should have no trouble going ahead, and there are certainly other good decks in that base combination (I’m still VERY MUCH enjoying that Jund deck I posted last week, and it’s possible that an Abzan strategy materializes at some point, combining the BG control shell with Sorin, Grim Nemesis, Declaration in Stone, and Shambling Vent).

LOSERS: Platinum Pros, HOFers. I am not going to pretend that I fully and completely understand the impact of this. I WILL say that this feels like an experiment, and I don’t think that these are changes are permanent. I do feel, however, that WotC is going to have to take a much harder look at how the Hall of Fame is set up and how those benefits are treated going forward. Unlike other “similar” institutions, Magic’s Hall of Fame does not honor retired players who are no longer able to compete, but left an impact on their sport or profession. In this situation, however, Jon Finkel has created a career worthy of HOF induction SINCE he was first inducted!

Magic’s Hall of Fame was conceived at a time when the game was not doing very well, and the idea was partially to try and retain lapsed competitors while giving an air of legitimacy to tournament play and aspirants. Remember, eSports did not exist in any form close to how they do now, and Magic’s player population was about 25% of the number WotC gives out today. Keeping the Hall of Fame program as it was represented a program that was very likely to balloon in cost, while providing little in the form of the benefits it was created to generate. Magic is also no longer on what seemed to be its deathbed, and is not nearly as worried about generating new players as it was just ten years ago. While I hope some sort of balance is able to be struck in terms of compensation for Platinum, I do think some hard changes need to be made with regard to the Hall of Fame.

UPDATE: WotC went ahead and rolled the benefits for Platinum over for next year, which makes more sense.

WINNERS: Modern Players. The removal of Modern from the Pro Tour (again!) was met with very vocal disapproval from a large portion of the community. However, the response from pro tour regulars was much more positive. The truth, ultimately, lies somewhere in the middle. Formats are tricky things, especially when there are serious stakes involved (as is the case with a pro tour). The goal of a small Modern tournament at your store is to get people to buy older cards, play some games, and hope to create repeat customers. Your small tournament is likely to contain a reasonable percentage of players who own one “real” Modern deck, a smaller amount of more serious competitors, and some number of people who just have nothing else going on that Saturday. Modern is a format that benefits from not having a very bright spotlight on it, and the Pro Tour is the brightest light you can put a format under1.

Honestly, this is probably the best thing that could happen to Modern. Modern is, at most, a GP format- rewarding to regulars, while not forcing the focus of the collective best players to break it. I expect that cards will have more organic growth in this scenario, which means that cards that have large price increases will likely have more guaranteed outs (unless anyone knows where I can get full value for this Wheel of Sun and Moon on my desk…). We don’t know for sure yet, but I suspect we will see more Modern GPs moving forward, which is good news also.

LOSERS: People Who Don’t Like Standard. Yes, Standard is the weakest format in terms of long-term investment. Yes, Standard is not as wide and dynamic as Modern (lol) or Legacy. However, Standard IS the face of Magic, and this last weekend cemented that stance. The good news is that WotC is doing a lot to make Standard a healthier, more robust game. Some people will drag their heels on getting on board, but I expect the people who just complain about Standard regardless will dwindle over time. Your devout “I only play EDH!” players will likely be the last holdouts, but that’s only because they clearly have trouble evaluating what good Magic should be like.

WINNER: Hearthstone. New set launched, and it’s really fun. There were server issues, but if you don’t expect those from Blizzard on Day One at this point, then that’s your fault. Love that they “gave away” so much stuff to players! Hearthstone is awesome, but please stop comparing it to Magic.

LOSERS: Origins and Dragons of Tarkir. So this is the kind of thing I’m fascinated to see develop as we move into the new Magic life-cycle. A lot of people are treating these sets like they’ve already rotated out, even though we have them for another six months or so. This is especially relevant for Magic Origins, which had a big number of surprise role players at the Pro Tour. Will players buy more lame duck product, or are these cards free to get as expensive as they want in their final lap? Jace, Vryn’s Prodigy actually saw a dip after the weekend, but that has to be THE safest card from the set to own. Dragons is a little different, in that a lot of the cards that allowed for in-block synergy (Morph, Manifest, etc) are gone, which probably hurts the viability of former stars like Deathmist Raptor. What will happen when Battle for Zendikar is in this spot? My expectation is that WotC is now devoting more design time to synergizing blocks not just with their immediate successor, but also the block after that. If that is the case, then these sets are going to take on a very different texture in each phase of their life.

But don’t forget, that change was made during BFZ design.

If, moving forward, sets continue to have dynamic phases, then that is going to go a long way in combating the doldrums of “solved” sets from a finance angle.

Speaking of upcoming sets, let’s close with some tiny bits of information looking ahead.

First, and most speculative, is a point made by Steven and Kevin of the “So Many Insane Plays” Vintage Magic podcast. They discussed the impact of changing converted mana cost rulings on transform cards (a la Duskwatch Recruiter), so that transformed cards now retain the cost of their front side, rather than suddenly counting as 0. Steven touched on this as potentially opening up new design space- maybe WotC will be designing more in that space soon? I can’t imagine they saw Engineered Explosives as keeping Delver of Secrets down in non-rotating formats.

Secondly, here is a clip from Sam Stoddard’s article a couple weeks back on the development of Shadows (part 1). This was a comment from Dave Humpherys on Declaration in Stone.

DH 4/14: We have Rosewater buyoff on this. It can go to WW if we want it to be weaker, less-generic, etc. Rather not go to 3-mana or an enchantment due to Sorin’s card in set and Blood enchantments.

I’m not sure if this means that Blood has a very specific cycle of enchantments or that enchantments are a major theme. There are rumors that the 2016 fall set will take us to Kaladesh (Chandra’s home plane), but that is yet to be confirmed. From what little flavor stuff I read, that would make it seem like artifacts would be more relevant than enchantments, but WotC could also try and pull a reverse Urza’s block.

Finally, this is going to post before the NFL draft starts on Friday night, but I’m calling the Top 8 now:

By this point, I have likely broken all of my TVs in a fit of rage. So I guess I’ll find out what else happens the next morning.

1Things like Worlds are bigger, but also feature multiple constructed formats and much smaller player pools.