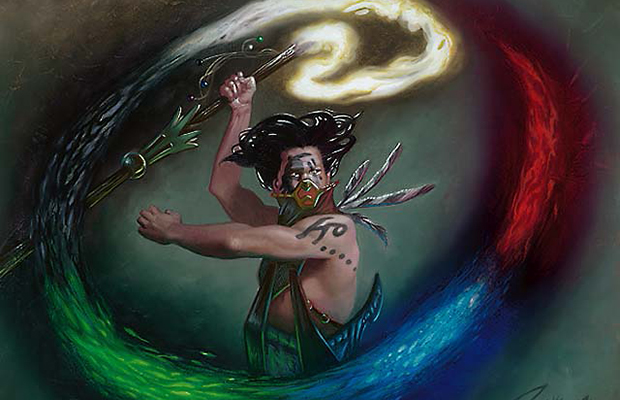 Hello, and welcome back! We are just a little over a week past the release of Pokémon GO (AND ‘Stranger Things’ debuts today on Netflix!), so who knows if anyone even plays Magic anymore, but for those of you who are holding strong… let’s just get this over with. I think I see a Poliwhirl outside! 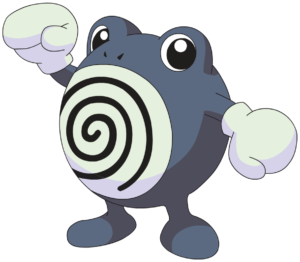 Magic’s secondary market is a largely unregulated economy. This is often held up as some sort of positive- be it an example of elsewhere unattainable libertarian ideals (fart noise) or a snarled inside joke out of the lips of ferocious jackals. In truth, there are both pros and cons to parking significant capital into an investment vehicle that has pictures of wizards and goblins on it (shocking!). One of the long-time issues in Magic specifically has been a lack of consumer and investor tools to operate as insurance against the various causes of loss (rough transition, I know, but we are powering through). The recent release of PucaShield has sparked an interesting conversation on the subject of consumer protection (as well as the larger impact of the site’s economic structure), so it’s going to be one of the topics we cover today. The rest are going to be various intersections of Magic and insurance that you should be aware of. I’m also going to be making today’s piece free, since it addresses very important needs that could impact the operation of local game stores. If you or someone you know operates a game store, make sure they at least read that section. Today’s title is taken from a well-worn term of insurance-insider jargon, referring to the sufficient methods and means of covering one own’s ass. In the interest of covering MY …self… let’s get the following out of the way off the bat: what follows is merely advice and neither myself nor MTGPrice are responsible for you being a knucklehead and doing something without first consulting a licensed professional. Yada yada yada, on with the article!

CYA: PucaTraders: So the inspiration for today’s piece was the introduction of PucaShield. This feature serves a few different uses, but it is primarily intended as a means of insurance against shipping/scummy traders/etc. The rate of the coverage is based on a percentage of its value (3% for free users, 2% for silvers, and 1% for golds), and can be purchased on a card by card basis. This means that while you may want to take a risk sending those $3 rares, you have an extra layer of protection when sending out something like a Mox. On the other hand, if you ARE sending something expensive, this sets a barrier for what is reasonable to otherwise spend on shipping (a Beta Mox Ruby will cost you about $43 worth of Puca Points, where as most reasonable USPS options will be significantly less). The way I am approaching trades has changed immediately, and I’m going to share my most recent batch with you below to explain why.

If you previously determined trades based on bonus offers, you may have a second consideration- cards in the ~$1 range that are on want lists. By committing to send out those two Burning-Tree Emissary, and purchasing insurance on three of the four cards in that envelope, I’ve guaranteed that the majority of the value in that package is going to be covered. Additionally, the point value earned by sending the uninsured copy essentially paid for all of my insurance for every trade listed. Since I’m expecting a couple of bounty bonuses also, it fudges the math to make the insurance about even with the 95pt uncovered Emissary.

The fascinating element to this (that we will go in-depth on as the results make themselves apparent) is that PucaTrade now has a points “sink” that may end up helping to combat inflation in the system. The potential here is that the Puca Point rallies back to toward the strength of the penny, rather than plummeting like the pound.

CYA: HOME OWNERS: Now, this paragraph is going to be brief for a few reasons, but the gist is this- there is no simple and easy way to truly carry insurance coverage on your collection. The problem is that most collections are living entities in the sense that it changes over time. If your cube stayed the same for the rest of time, was itemized, and your existing agent was able to put something together that would give you coverage in the event of your home being destroyed, that would be impressive. But, since people buy, sell, and trade cards, not to mention take them to events where theft has been on the rise, you’re going to have a rough go of it. Additionally, home (/apartment) insurance has some wrinkles from state to state, so what may work for someone won’t necessarily be an option for you. Ask around, explain the situation to your agent, and see what they can come up with.

The easiest thing to do, of course, is become extremely vigilant in where you bring your collection and what you do with it out of the house. This won’t cover things like fire and flood damage, but there are prevention techniques that you can take to minimize the frequency or the severity of those hazards.

CYA: STORE OWNERS: Now, just as is the case with individual collectors (above), your available products and requirements may differ based on the rules and regulations of your state/province/country. Make sure that you consult your insurance agent before requesting any changes to an existing policy.

Okay, so as a business owner, you (should!) have some combination of the following insurance products:

Commercial General Liability: This is essentially your “whoopsies!” insurance, protecting you from stuff like slip-and-falls, pretend slip-and-falls, and anything else that may occur during the standard operation of a business. If you don’t own the building you’re in (and even if you do!), you should make sure that your landlord is listed as an additional named insured here.

Property: This includes both real property (buildings) and what’s called ‘business personal property’ or ‘contents’ (stuff). This is actually pretty tricky with regards to card shops, so we are gonna run through the rest of the list really quickly first. Put a mental pin in this, though.

Worker’s Compensation: If you have a certain number of employees (determined by your state), you may be required to carry WC coverage. This isn’t a Health product, but it covers them in the event of an injury during the course of business. Non-employees injured are covered under that first one, General Liability.

We’ll talk about additional coverage options later, but those are really the big three. Back to property though- most businesses that sell a product have a specific cost tied to the acquisition of that product (be it a wholesale price or the cost of materials and labor). That’s called the “Replacement Cost”, and it’s pretty much the basis for most property insurance policies. With Magic cards, however, you only have a clear replacement cost for booster boxes (the price on your invoice)- meaning that if that Mox Sapphire goes up in flames, you are going to have a hard time litigating with your carrier that you need a new one (while answering the question, how much does it cost?).

When I cover a card store, I ask one major question: “How much money do you need to get an inventory/furnishings/technology that can get you up and running again?”. This number should include computers, tables, and anything else if you were starting from scratch. Be aware, you are mostly insuring against hazard loss (wind, fire, water, heart), and theft typically won’t be included unless you have some serious security in place already.

The only other thing to mention to your agent is that you DO have a regular schedule of events. Some carriers have tried to distance themselves from game stores that run things like tournaments, simply because it means they are open more and later hours, and more time is just more exposure.

That’s all for today, hopefully this was helpful to you or someone you know. Oh, and here’s what I’ve been spending a lot of those incoming puca points on, as a heads-up for the next two Standard formats:

When DTK/Origins rotate, we are going to be looking at a format that has two VERY powerful UW creatures (Reflector Mage and Spell Queller), and having the mana to cast them is going to be crucial. All of the above lands are less than the price of a booster pack (Canopy Vista is currently around $3), and these feel like potential steals in a few months. We don’t know anything substantive about Kaladesh yet, but the set will have new lands- but expect these to still see a raise in market share as things like the pain lands cycle out.