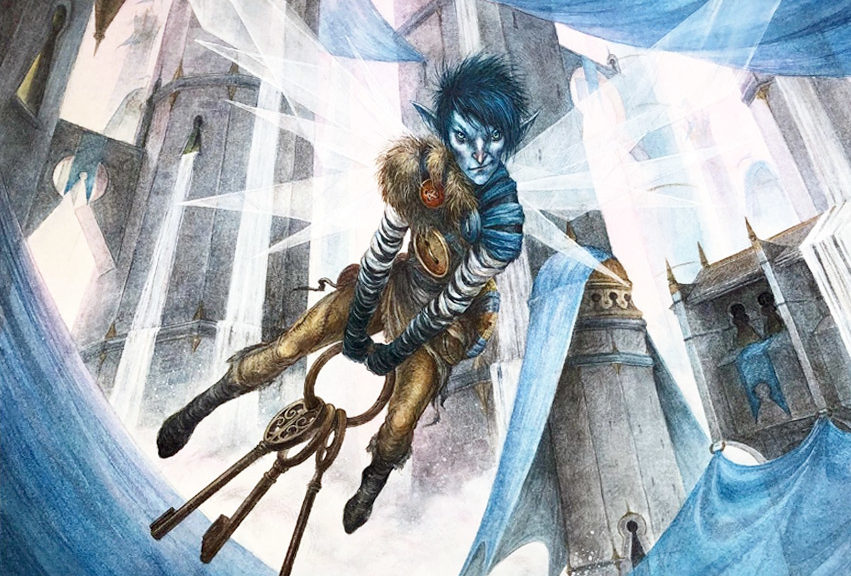 Another weekend, another Players Tour, and another breakout deck. Although Dimir Inverter had a big showing again similar to last weekend at Brussels and Nagoya, Lotus Breach was the talk of this tournament. Inverter took up a massive 20% of the field on day one (Bant Spirits was the second most popular choice at 13%), but the newly refined Lotus Breach deck had an incredible overall win rate of 62% and made it all the way to the finals in the hands of William Huey Jensen – albeit an unfortunate match full of mulligans.

Pioneer is STILL the new hotness in Magic, floating close to the power level of Modern but generally with more interaction and a constantly shifting metagame, making it both enjoyable and competitive. So what have I got for you today? That’s right, more Pioneer picks! So let’s go on an adventure and see what awaits us in the forests of cardboard…

Showcase versions of Bonecrusher Giant are still $4, and I honestly don’t know why. This card is a powerhouse that’s seeing a good amount of play in pretty much every format it’s legal in: it’s been a standard staple since it was printed, is a 4-of in Pioneer red decks, has slotted into red Prowess decks in Modern, and can also help take down a True-Name Nemesis in Legacy. The Showcase version at $4 is still cheaper than a regular Once Upon a Time – a card that is banned in half of the aforementioned formats – and I think this will be due to correct soon.

These Adventure cards from Throne of Eldraine have really proven to be powerful additions to multiple formats – their flexibility and power level mean that they’ve found homes in decks that were already good. Other examples are bountiful: Brazen Borrower has been doing well in Spirits decks (both in Modern and Pioneer) as well as being a Standard staple, and Murderous Rider is showing similar prevalence, not to mention Fae of Wishes (actually I will be mentioning it further down the page).

Although I’ve listed the Showcase non-foils as my pick here, I’m a big fan of picking up foils too. The foil multiplier on the Showcase versions is still lower than it should be for a card seeing eternal play and they can be had for as low as $7 at the moment, which seems far too low. Non-foils will probably be more popular however, especially for tournament play, and I think this is an easy double up within 12 months – maybe less.

Off on another Adventure we go, and Fae of Wishes has just had a big weekend with Lotus Breach doing very well at PT Phoenix. The deck has been through a couple of evolutions during its time in Pioneer, starting as just a Lotus Field storm combo deck before Underworld Breach had been printed. Now with the new Escape card it’s better than ever, and has been putting up great numbers to prove it.

Once (upon a time) Fae was a Standard-only card, but now it’s a consistent 4-of in arguably the most powerful deck in Pioneer, and it’s doing a lot of work for the archetype. We’re seeing sideboards of up to 12 or 13 unique cards for Fae to go and fetch, and all the usual suspects are there – wraths, removal, extraction effects – along with some extra spice like Ugin, the Spirit Dragon and Jace, Wielder of Mysteries as alternate wincons.

You can own a Fae of Wishes for the low low price of $1, and I like picking these up in larger quantities with the look to buylist them in 6 months or so. Players will be buying them in playsets so despite the relatively deep inventory, it won’t take a huge number of people picking up the deck to get the price moving. The one caveat with Fae is that Underworld Breach does have a ban potential hanging over its head, but even if it does take a hit (which I personally don’t think is necessary), it’s already been proven that the deck can do well without Breach being a part of it.

Since Pioneer’s inception, the Kaladesh fastlands have been absolutely key to the manabases of any enemy-coloured decks, providing painless sources of dual mana early on in games.  Botanical Sanctum is currently the 8th most played non-basic land in the format – most popular of all the Kaladesh fastlands – and is present in many of the top decks: Lotus Breach, Bant Spirits, and Sultai Delirium. I doubt that this is going to change any time soon, and the logic here can be applied to the rest of the fastlands too in order of popularity (so next on my hit list would be Blooming Marsh).

Stock has really dried up on these with only 14 listings of NM foils on TCGPlayer, with prerelease foils in even shorter supply at only 7 listings. I don’t think there’s much of a reprint risk in the near future, and I think we’ll get reprints of the original Scars of Mirrodin fastlands before we see the Kaladesh ones again, so this seems like a pretty safe bet to clean up the last few copies and let the market do the rest.