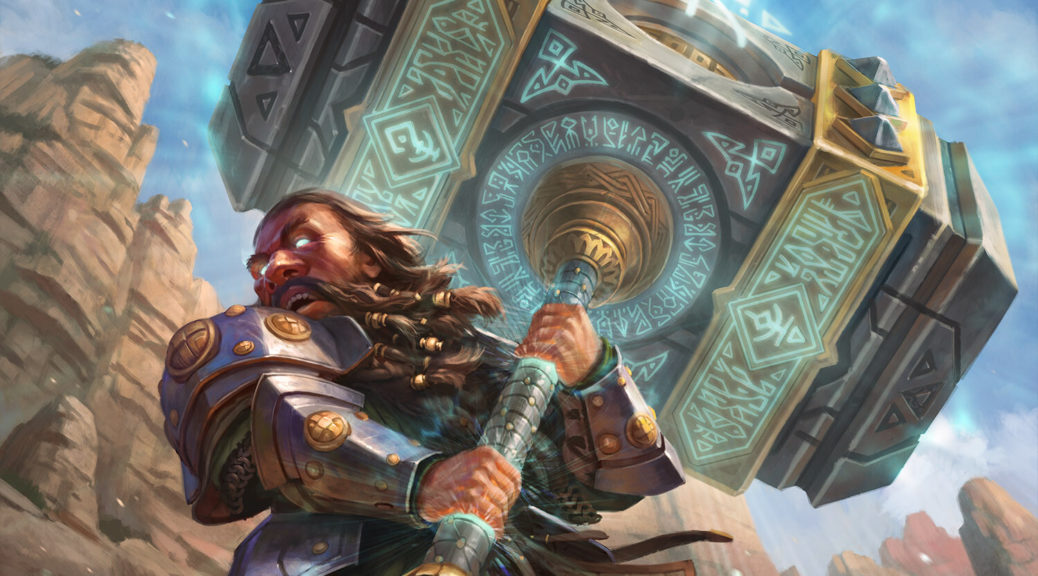 The Modern metagame is still looking pretty diverse right now, which gives us some great opportunities for specs to pick up. There are a huge number of different decks vying for the top spot in the format, and what’s more is that there’s a lot of crossover into EDH with those cards, which makes for some even juicier targets.

Since its recent printing in Modern Horizons 2, Thought Monitor has been incorporated into multiple high tier Modern decks and stuck around as part of them. Both the updated Affinity lists and the Urza’s Kitchen decks have been using Monitor as a cheap cantrip that puts a body into play – we’re back in the Frogmite era of Affinity, and although it’s not the most popular deck right now it is still putting up good results.

It’s reasonably popular in EDH as well, with 500 inclusions on EDHREC to date – which doesn’t sound like a huge amount but bear in mind the set hasn’t been out very long and there are actually only a handful of cards with more than that from the set. Any artifact-based EDH deck should probably consider playing it; it might not be super powerful but it’s just good value all around.

This is one of the few cards from MH2 that I actually like the showcase versions of – I think that they were very hit-or-miss in general, with some of the sketch arts missing the mark but a few being spot on. There are a reasonable number of the showcase foils around but not loads – 76 listings on TCGPlayer with no big walls, mostly just single copies. They’re a little cheaper in Europe at around $5-6 but so huge margins there, but still a good option if you have access. I think that this is going to be a role-player in lots of Modern artifact decks for a while to come, and should be a solid hold to out in 12 months or so.

I talked about the Elemental tribal deck in Modern a couple of weeks ago, and since then the deck has been putting up more top finishes and generally performing well. Flamekin Harbinger is an integral part of the deck, searching up any Elemental you need when you need it – be it an Omnath, Fury or Solitude. Flamekin Harbinger is an unassuming 1-drop that helps smooth out your hand and keep the Elementals flowing.

There are three printings of this but only two foils – the non-foil-only one being the Planechase printing – and original Lorwyn foils are basically non-existent; only three NM foils on TCGPlayer and only a few more on MKM. That leaves us with the Mystery Booster foils, which are much lower at $3 and in greater supply, with 40 NM foil listings on TCGPlayer. If people want these for Modern though, they’re going to disappear a playlist at a time and so that supply won’t last long at all.

Bear in mind this is also a fairly popular EDH card, listed in nearly 2500 decks on EDHREC and a must-have if you’re playing anything close to Elemental tribal. I think these MB foils are primed to jump soon, and if you can out them in playsets when they’re ready to sell then that just makes life all the easier.

Sanctifier en-Vec is another one of those cards that has found its home in the sideboard of many Modern decks – we’ve seen it before with the likes of Burrenton Forge-Tender, Auriok Champion etc., but it looks like Sanctifier might be replacing those as just a better option. It has the classic protection from Black and Red, and on top of that adds a huge graveyard interaction that can shut down or seriously hamper graveyard strategies.

Auriok Champion had a huge spike a little while back, which shows what even just a sideboard card can do in Modern when it’s played across so many different decks. I think that this is going to be a staple in sideboards and possibly even some mainboards of Humans, Death & Taxes and Collected Company decks moving forwards, so if you’re looking for any personal copies then don’t hang around too long.

There are a few different versions of Sanctifier, but I like the retro-frame foils the best here. They’re the lowest supply and most premium version of the card, but can still be had for just $4 at the moment. The art fits super well with the old frame and I think they look great; if I wanted these for my Modern deck then I’d definitely be buying OBFs. There are only 31 listings for NM foils on TCGPlayer at the moment and so I think that the sub $5 copies are a steal right now. Even anything under $10 is probably a safe bet on a 6-12 month horizon, and I expect this to be a part of the format for a long time to come.