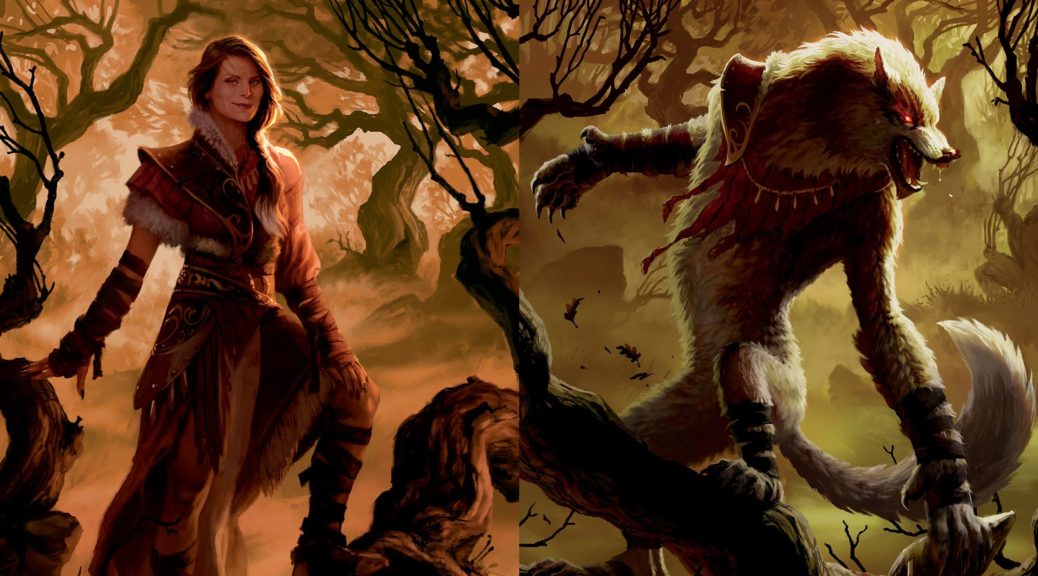 It’s a shame that I wasn’t writing this article a few days ago, because if I were then I would’ve told you to go and buy Dress Downs, but as it is they’re mostly long gone and so I have to find something else to talk about today instead. Over the weekend we got some fresh previews for the next set, Innistrad: Midnight Hunt, even though it feels like we only just finished preview season for Adventures in the Forgotten Realms. Either way, the product keeps coming and so we’ve got to keep up with it, which means that today I’m looking ahead to what might be a good buy in view of the spoilers we’ve seen so far.

One of the most exciting previews we got from the weekend was Champion of the Perished – effectively a Champion of the Parish but for Zombies instead of Humans. We’ve all seen how good Champion of the Parish is in Modern Humans, and I feel like with the current suite of Zombies we have that there could actually be a real Modern deck there, especially if we get another couple of juicy additions from Innistrad.

Even failing a new Modern deck popping up, we’re definitely going to be getting some more Zombies and they’re one of the most popular EDH tribes going, and Death Baron is in over 80% of them. A Lord that also gives deathtouch is just a no-brainer when you’re building that kind of deck, and so it’s no surprise that foils have been drying up recently.

Original Shards of Alara foils are almost non-existent in the US marketplace, with other foil versions starting at around $5 but with steep ramps and low supply. The M19 foils only have 16 listings on TCGPlayer, with both the promo versions having less than that and the only other foil being the Convention Promo, which is already $20+ with very few copies available. If you can snag some cheaper Convention promos then they might be good, but I think you’ll have most success cleaning up the $5 M19 and promo pack copies. Cheaper copies are available in Europe too, with some original foils still around for €5, so that’s a good play if you have access to the European market.

Innistrad: Midnight Hunt is in name a Werewolf-themed set, and so we should expect a good number of Werewolves and Werewolf-themed cards to go with them. When you’re playing a tribal deck you really want as many anthems as you can get for them, and we’ve got a couple of good options for Werewolves. Both Full Moon’s Rise and Howlpack Resurgence are cheap enchantments that boost stats as well as giving trample, with some extra utility to boot – Howlpack having Flash and Full Moon’s Rise giving the ability to save your board from a wrath or some bad trades in combat.

Both of these enchantments are almost out of stock on TCGPlayer for NM foils, but as is generally the case, these EDH and casual-only cards have a decent amount more stock over in Europe. Foils aren’t hugely plentiful, but there’s a reasonable supply on MKM still and lots of copies to be had for around €1. I expect to see those dry up once people realise the opportunity, so if you want any personal or spec copies then Europe is the place to find them.

I expect that we could easily see another anthem effect in the new set, but we definitely won’t get a Full Moon’s Rise reprint because Wizards have moved away from Regenerate as an ability, and I’d be surprised if we saw a Howlpack Resurgence reprint either. Both these cards are must-haves for casual or EDH Werewolf decks, so they should sell well once the hype revs up a little more.

Past in Flames (Foil)

Another preview from the weekend was Join the Dance, a token maker with Flashback, which means that means we’re flashing back Flashback in the Innistrad flashback. Right? Good. So anyway, I’ve been looking at some of the best Flashback cards that Magic has to offer, and I think that original Past in Flames foils are in quite a good place right now. The most recent reprint in Time Spiral Remastered gave us the most premium version of the card yet, in old-border foil, but the original foils are the next best thing and at a third of the price, I think they’re going to move soon.

Storm isn’t too big in Modern right now, but it’s ebbed and flowed in the meta for a while now and is sure to pop up again before long. Other than that, Past in Flames is a very popular EDH card in over 10,000 decks listed on EDHREC, as it’s just good value for any deck leaning on instants and sorceries or trying to combo off.

There are only 17 NM foil listings for the original Innistrad foils on TCGPlayer right now, with a relatively steep ramp up over $20. Europe has a few copies around $10 too but not a huge amount before the price climbs too. Original foils tend to always carry a premium over most other versions, and with the lower supply on these I don’t think it should take too long for them to crest $20.