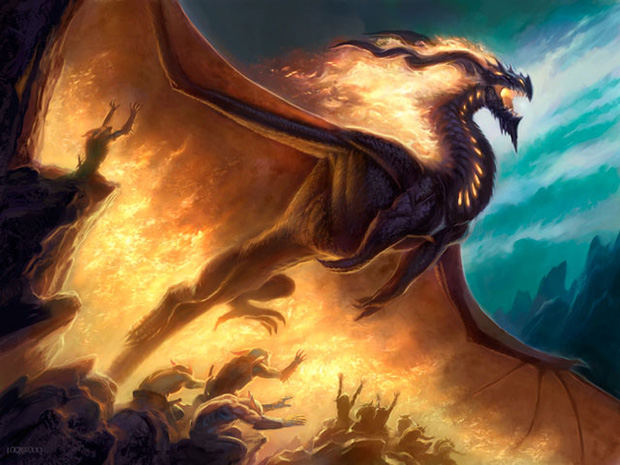 Thanksgiving was last week, and I hope you had a pleasant holiday.

The festivities got me thinking about Magic, what we should appreciate about it, and the people who make it.

#1: Wizards is made up of people who love to play Magic.

This may sound a little self-evident but it needs to be said and appreciated: the employees of WotC are frequently people who really love to play this game. Because they love to play it, they don’t want to mess it up. This leads to a game that is continuously new and consistently interesting.

#2: Those folks at Wizards actually listen to the community.

It doesn’t always feel like they do, I know. However, every tweet I’ve ever mentioned Helene Bergeot in, she’s replied to. The recent outcry over Magic Online’s stability problems is a reflection of the continuous demand for a more stable game and interface. It used to be that prerelease weekend was easy money: you’d enter an event, crack your packs, play your games…until the event invariably crashed, at which point you’d apply for and get a refund. I’m told MTGO very rarely has those sorts of issues now – I haven’t played online in several years.

#3: They have an incredible lead time for new cards.

I write something every week. It takes me a couple of hours. Perhaps you work in a field where you need to create some form of content or project on a regular basis. Imagine working in an environment where you get YEARS to get that content right, and you’ve got a peek into how R&D works at Wizards. I’m sure they feel the pressure of time, but designing and developing the cards is not a fast process, especially when it comes to figuring out how cards fit into every one of the formats we play.

#4: The variety of supported formats

The good people of Wizards of the Coast know that you really, Really, REALLY wanted that legendary Green-White-Red beast for your beast tribal EDH deck. They gave minotaur players a White-Blue-Red legend in the first Commander preconstructed decks. They will eventually give you the legendary werewolf you want so very very very badly. They will shortly have horde Magic decks as part of the Hero’s Path. They gave us Archenemy, and Planechase, and Vanguard, and all sorts of ways to play this game.

If you’re reading this, then you’re part of the community. You are reaching out to learn new things, either with a financial bent or just in general. You want to expand your knowledge of this game in order to maximize the enjoyment you get. That’s all we can ask for. Magic is a fun game, something that creates personal connections, and when you strive to know more, you’ll pass that on and help others in the same way.

My on-topic tip for this week is Master of Waves.  I told you before that you should stock up on Nykthos, Shrine to Nyx while it’s easily available and cheap. It will not remain that way for long, nor will the Master. His hype and previous price spike will make it easy to trade these away for $20 or more within a year, so if you can pick them up now in the $11-$12 range, you’re setting up for long-term gains.