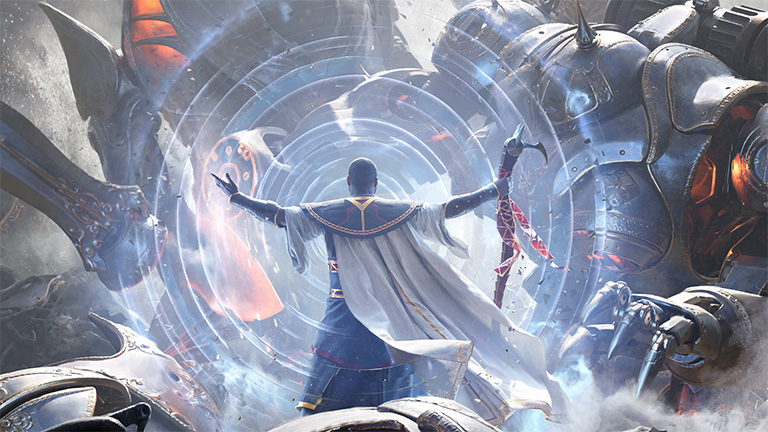 We are far enough into the set’s cycle that I can say this with confidence: It’s pretty amazing that we’re going to be able to buy so many awesome cards for some very cheap prices, and that they printed a set with two subsets: BRO, plus the BOT and BRR sets. Amazing stuff.

Right now, the serialized artifacts are taking all of the time and attention and money for this set. It’s understandable: there’s exactly 500 of each card, numbered and everything. It’s a gorgeous foiling, too, and we’ve even got crimped or other misprinted serialized cards running around! All the pieces are in place for the non-premium versions to tank pretty hard in the upcoming months.

As such, I like to plan out my targets in advance for this sort of thing. I’m not buying now, and I’m not buying in three months. I’ve learned, and written about, the new timeline for cards being six months from release. 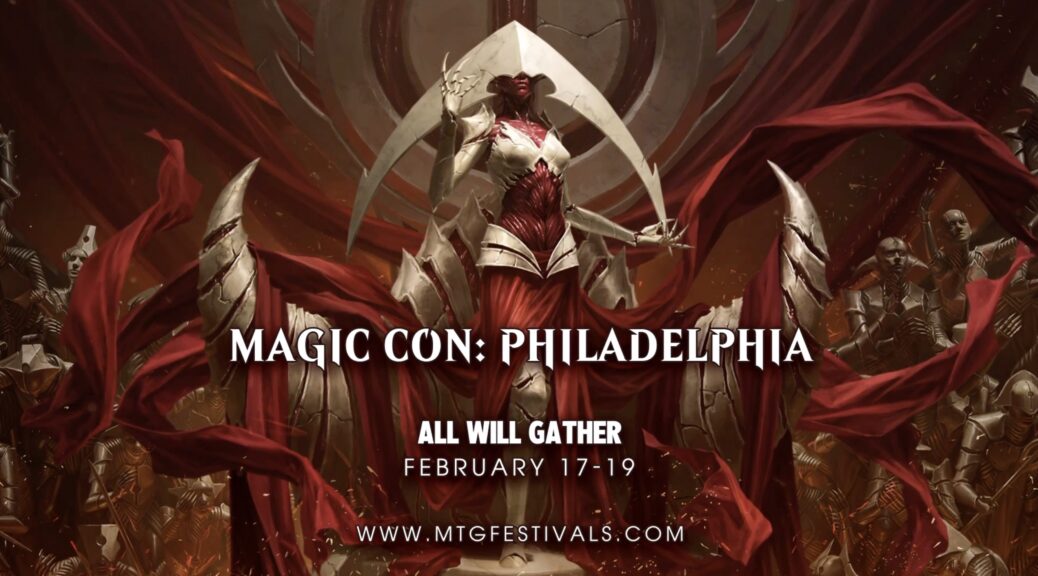 If you are feeling burned out on Secret Lair purchases, that’s valid. It’s been a never-ending stream of cards from the fire hose, with Universes Beyond and Post Malone and 30th Anniversary Countdown, plus everything else that’s come along in the six months before that.

We had something interesting happen, though. A Festival-In-A-Box (hereafter known as FIAB) was released for the Magic event in Philadelphia in March. The last time a FIAB went on sale, it was gone in hours. This time…it’s still available days later, and I want to get into why. What’s changed? Is there still value to be had? Was there ever value? Let’s get into it. 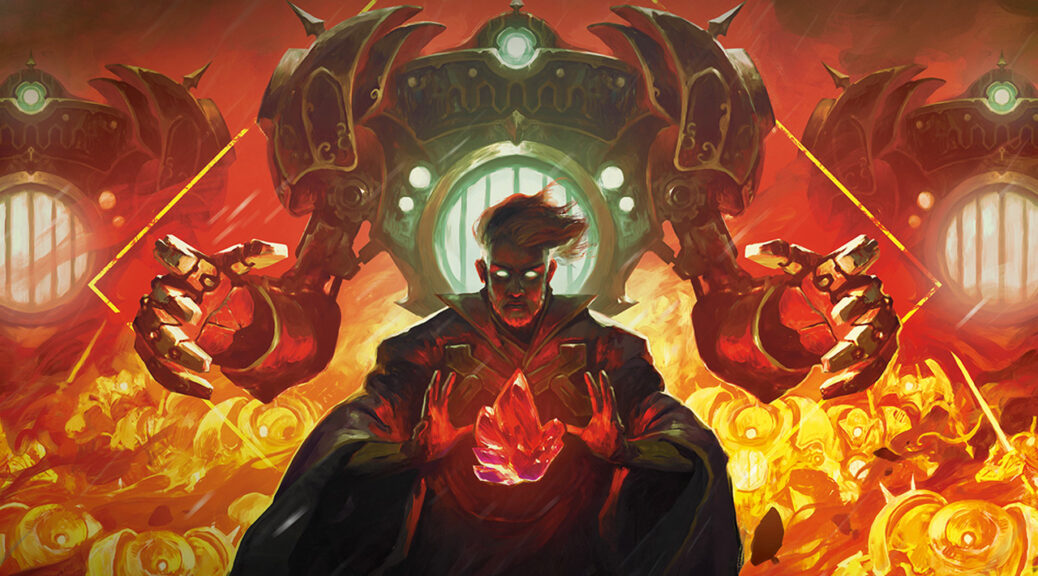 Here we are, everyone, another installment of ‘How rare is rarer than mythic rare’ and I think you’ll be pleasantly surprised by some of these numbers. Things aren’t as insanely rare as they used to be, and yet they are still going to require a lot of packs to get what we want.

This set has TWO subsets of cards we care about: the Transformers subset and the Retro Artifact set. Each of those sets has chase versions too! There’s a lot to keep track of, but luckily, I’ve gotten good at parsing small details and figuring out some approximate drop rates for these cards.

So let’s dive into the odds and the math and the likelihood of getting the cards you want! 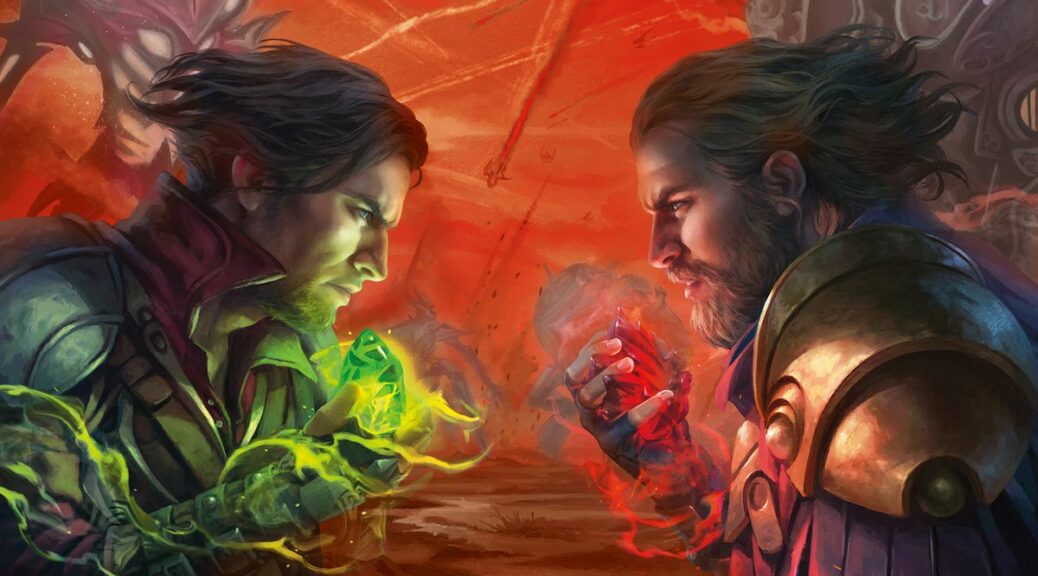 The Brothers’ War has been completely previewed, and this looks like another awesome set, with themes and toys for Commander and Constructed alike. Next week I’ll be able to tell you the exact math for the most chase cards, but this week I just want to focus on some of the mythics and their preorder prices.

For each of these cards, I’m giving you the preorder price, but I want to be clear that 99% of preorder prices are a mistake and you should avoid them. For every Ledger Shredder that went from super cheap to super pricey, there’s fifty cards that start super high and drop like a rock. Even the ones that I think will eventually be good, I’m hesitant to order now because of the odds that it drops.

Arcane Proxy – $7 – I think that people are too in love with the Snapcaster comparisons. Snapcaster is a busted card, far too good and flexible. Proxy (what a time for a card with the name Proxy to come along!) allows you to cast the spell without paying, and that’s a fair trade to give up Flash for.

The interaction I’m most excited for is putting this into the Crashing Footfalls decks in Modern. Arcane Proxy allows you to cast spells with no mana cost, rebuying the Footfalls and importantly, won’t interfere with the Cascade chain that got you the first casting. That’s an exciting interaction, but not one that will go too far. Standard is going to be pretty sick of this card, paying 1UU for a 2/1 and getting a second bite at a removal spell or some card advantage. I don’t think the price is going to rise right away, but instead drop down at first, then start climbing slowly. The Esper decks all over Worlds would definitely play 1-2 of these.

Awaken the Woods – $30 – This price is far too high, though you can name your busted combo with it. Clearly everything Landfall wants this card, big mana decks are happy to cast this at X = 4 just to start jamming ten-drops, and this card invariably warps future discussion over lands all entering the battlefield at once. That said, I adore this, I have at least two Commander decks that will want copies, but there’s no way on earth I’m paying $30 per copy. We are going to be patient on this card, let its price head downward, and then grab a stack in about six months when it’ll be at or near its lowest point.

To be clear, I think this is a Commander/Cube card all the way. Standard has too many counterspells to make this work the risk, and other formats are just going to laugh.

The first of many Powerstone payoffs we’re going to see in the next year or so, this card can get you value even if it’s countered or killed. Sure, eight mana to destroy a permanent and give a Powerstone is not a great deal, but you’re going to unearth it for value. I both hate and appreciate that this says ‘nonland’ permanent. I don’t want this blowing up lands when reanimation tricks have this attacking super early, but I also don’t like missing with such a trigger.

It’s starting out at a not-expensive price, and I fully expect it to go lower. Eight mana cards are rarely worth a lot of money.

With the prevalence of Infernal Grasp, killing this and being down 5 life is an intimidating thought. I like that this ward ability scales if you change its power, but the three-mana version is just about the perfect aggro card: wins races, needs more than one answer, and is good both early and late. This is another fun reanimation target, as well as something that Powerstones jump for.

This would need to be a playset in a whole lot of Standard decks to keep a $20 price tag, though. I expect it’ll have a decent price, just not this high.

I can’t wait to see the decks playing this alongside Goblin Engineer and Daretti, Scrap Savant. There’s all sorts of good payoffs for artifacts, but this will catch you up like nothing else. Not only does it immediately even the playing field when you cheat it back into play, it’ll steal their stuff and reanimate it all for you. If you can consistently cycle artifacts back and forth from the graveyard to play, this is among the best things you can be doing.

Still, the pool of decks that can use this is a small one. Yes, it’s a Powerstone payoff but those decks aren’t going to want a ton of these either. I will be shocked if this stays over $10.

Gix, Yawgmoth Praetor – $17 – Super overpriced right now, but has good applications in an aggressive deck, as this effect snowballs quickly. One drop, two drop, this, trade one and draw a card…you’re going to get ahead quickly if they don’t have a good answer.

This is an adorable effect in Commander too, actively encouraging your tablemates to attack each other and get some cards. The seven-mana ability takes a lot to trigger but it’s nice to have such an effect if you find you’ve been drawing too many cards.

Clay Champion – $5 – this might be the most underpriced choice right now, as Mono-Green is in a good position for Standard and a very good position in Pioneer. This is an 8/8 for 4 mana if you spend GGGG, a feat only really possible in the Forest-only decks. If you’re activating Castle Garenbrig, this will be an 11/11 using that six mana.

The white mana ability is interesting but not going to move the needle. I think this has a chance to go up, because the mono-green decks will play a LOT of this card, and that might be enough to bump it up a few dollars.

Teferi, Temporal Pilgrim – $15 – What I like about this card is how well it plays with a blue deck’s philosophy. It’s quite simple to imagine a blue deck that plays a couple of these, just to churn out a token per turn. Every card drawn gets you a counter, and with your natural draw, that means one spell per cycle for an extra card. The tokens get counters, which get out of hand FAST if you’ve ever played with Lorescale Coatl and the like.

I like this version of Teferi a lot, but at five mana he’ll need some help in Standard and I’m not sure this is good enough for most superfriends decks. I expect his price to tumble by at least half.