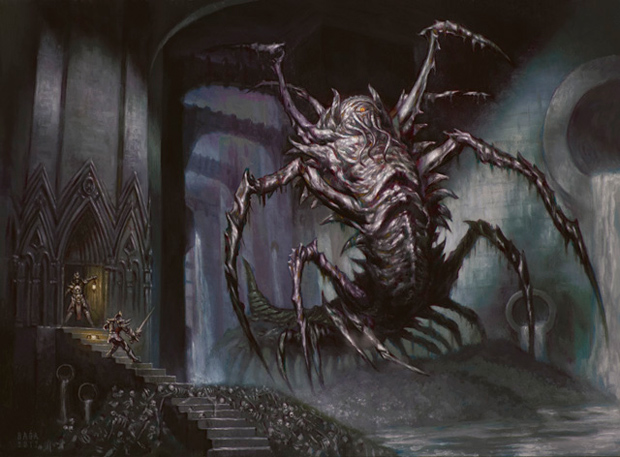 Most of the Scrylands are around $4 to $5 as well. Temple of Enlightenment isn’t, but the rest are hanging around there. The most important lands in the largest sanctioned format are about the same price as Consuming Aberration. That tells us something curious.

If you assume that the supply is equal between the two cards, and their prices are still just about equal, what does that mean for the rest of our equation? It means that the demand for the Scrylands is equivalent to the demand for Consuming Aberration. Consuming Aberration is just as desirable as the Scrylands. If everyone at your LGS is looking for Scrylands but nobody wants Aberration, just where is this demand coming from?