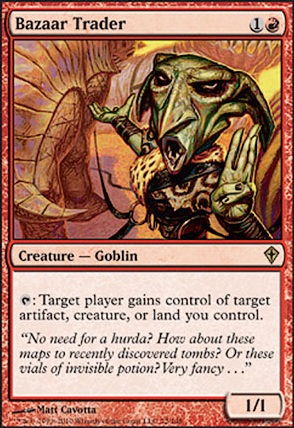 A more recent trend is the rapidly growing market for Magic accessories, like playmats, dice, and life counters. Not every vendor is into those things, but research and preparation is going to pay off. You’d be surprised how many vendors are going to offer you cash for things as common as a spin down D20. Before Grand Prix Anaheim, Star City Games put up a banner saying that they were buying spindowns. A little research and a lot of contacts with my friends, and I ended up selling SCG about $100 (cash, not credit!) worth of dice.

Once you’re done drafting, you can take the good cards and trade them to players or dealers for more of what you really want. Again, an example from Worlds: I did ten drafts that weekend, and had a Liliana of the Veil, a couple Garruk Relentless, a Snapcaster, and a few of the rare Innistrad lands. I traded all of those to a dealer for a Diamond Valley and could not be happier.