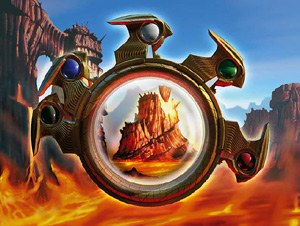 I came to that realization very recently and it floored me. How is that possible? I’ve been writing articles for Quiet Speculation for almost two years and Gathering Magic for over a year, but I’ve never really written a finance article.

I’m also the cohost of what basically amounts to the only M:tG Finance Podcast in existence and have been doing that for over a year, but when you actually take a look at the work I produce, I’ve never written what I would consider an article about finance. Bear in mind, this occurred to me after I accepted an offer to write a finance article. Make no mistake, I’m comfortable writing articles and M:tG finance is absolutely my wheelhouse. I was just worried that I wouldn’t know what to write about.

I asked Ryan Bushard, who, for those who don’t know is my podcast co-host, an accomplished writer in his own right, and a close friend, “What do people want out of a finance article?” He didn’t think about it for more than a few seconds before he said “People want to know the easiest way to make more money.” I waited for him to elaborate, and when he didn’t, I realized that it was distinctly possible that, truly, that’s all there is to it.  That may sound like an oversimplification, but isn’t it the truth? And if you don’t know how to make money, telling other people how to do so is an impossible task, no matter how simplistic it sounds.

Readers, I do this for a living. I write articles, I podcast and I engage in the business of M:tG Finance. I don’t have another job right now. I’m not sure I want one. Today I restocked the case I rent at my LGS, traded with some friends at another shop, wrote a newsletter and spent some time answering questions on reddit and in the QS forums. I got a lot done, but it’s not exactly what anyone would call “hard work,” but I still put in a full day. Since I don’t have another job, it’s necessary for me to have a lot of revenue streams going at once.

“What about those of us who don’t have as much time to devote to this?”

I’m glad I pretended that you asked that, because those of you who feel that having another job puts you at a disadvantage are actually not as disadvantaged as you may think. You have the luxury of engaging in M:tG Finance for fun. And let’s not kid ourselves- it is fun. Correctly guessing a card’s going to go up and being ready with a binder page full of them, dumping your copies of a card right before it tanks, having your good idea validated feels great. Best of all, I have a few passive revenue streams in place and you can do the exact same things, devoting a few mere hours a week to it and reaping the benefits. I’m going to teach you techniques I’ve had to learn out of necessity and who you how you can apply those to your own situation to meet your financial goals.

My hope for this column is to show you the “tools” I use on an everyday basis to make this children’s card game do some serious work for me. I’m going to avoid talking about individual cards and there is a good reason for that. It’s not because I’m afraid to be proven wrong- Listeners of the podcast and readers of my weekly columns will know that I do quite a bit of naming individual cards each week and absolutely love it if I am wrong about a card but can learn from it. No, the reason I am going to avoid it is because I want to focus on teaching you techniques so you don’t have to wait for my article each week. When the Banned and Restricted list updates, you won’t need me, you’ll know what to do. If you identify something that seems incorrect in the market, you’ll know what to do. If you see an opportunity for arbitrage, you’ll pounce.

Folks, I don’t need to tell you that we live in an age of Marvels. That device in your pocket that you use for sexting and playing Candy Crush has a more powerful processor than all of the combined processing power in the first manned craft that landed on the moon. M:tG Finance is an up-to-the-minute game, and the internet brings us unprecedented access to cards, to data and to information. The place you connect to the internet is the primary place you’ll be engaging in M:tG Finance, but it doesn’t have to be the only place.

Over the coming weeks I aim to teach you about the ins and outs of all the revenue streams I have established, define some commonly-used (and sometimes commonly-misused) words in the financier’s vocabulary so that everyone is on the same page and to teach you to recognize when there is financial opportunity and pounce before someone else does. I realize that was a pretty long preamble, but I feel like it’s important for you to know what to expect out of me each week.

Since I have your full attention, I would like to start out by defining a term I used earlier and talking a little bit about what it means, how it can work for you, and how you can utilize the software developed by MTGPrice to identify the opportunity for it and cash in before anyone else notices.

The term is arbitrage.

business : the practice of buying something (such as foreign money, gold, etc.) in one place and selling it almost immediately in another place where it is worth more.

Markets are getting more efficient, that is to say they are getting better at correcting by themselves, correcting faster and avoiding discrepancies. However, anyone who has ever been to a Grand Prix or even a large PTQ knows that the more dealers there are, the more chance of mistake, discrepancy or inefficiency there is. Since the price of Magic cards changes by the minute, unless every card priced by every dealer is re-priced every minute, also, prices are going to be wrong at some point. That sounds obvious, and before you pat yourself on the back too much, think about how often you try to exploit that. Is it something you look for? When was the last time you took advantage of a mistake or discrepancy to make money?

When you really sit down and think about it, it seems like it would be very difficult to pull off. The biggest, most obvious discrepancy is the difference in price between the major online retail sites. Some sites sell cards for much more than others, but you could hardly buy cards from a cheaper site and then sell them at the price commanded by the more expensive site. You’re not in a position to do so. You have to play to your outs, and your outs as an individual are limited. Likely you will sell on eBay or TCG Player, you’ll sell to a buylist, you’ll sell at a retail location if you can or you’ll out on Puca Trade or MOTL or something like that.  However, a large enough discrepancy can be noticed and exploited immediately.

The lower in price a card is, the less significant the dealer’s margins are. 40% on a Mox Jet is significant. 40% on a Merfolk of the Pearl Trident is not. If a dealer wants people to sell to their buylist, they’ll pay close to 50-60% of a card’s value in most cases. Sometimes they will pay more than that, and that is where you have arbitrage opportunity. If an established retail price is a certain value, and a dealer decides to pay, let’s say 70% because he wants them in stock, you’ll often be able to find that card for 50-60% of the established value provided the value is a little inflated or the card is underutilized. At the time of writing, but perhaps not the time of publication, there are several cards that have a negative spread. Spread is the difference between the lowest sale price and the highest buy price; the lower, the better. A negative spread indicates an arbitrage opportunity.  The highest buy price is actually higher than the lowest sale price. The best thing about a trusted buylist source is that they will honor the price they were asking when you complete your order and commit the cards to them, even if the market corrects in the mean time. That means you can scoop $0.25 copies of a card and ship them to a buylist who will pay you $0.45. You make twenty cents per copy, which doesn’t sound great. However, that is twenty cents per copy on as many as you can buy quickly and have bought from you, and it is mere seconds of work. What if you only made $10. Was it not worth doing if it took under a minute? I discover and exploit an arbitrage opportunity on a weekly basis, and often I was going to send cards to that buylist anyway.

It’s even easier at a Grand Prix where one dealer is paying a certain high price on a card in order to get them in stock, blissfully unaware that another dealer is selling them for less than that in an attempt to draw customers to his booth. You can make actual money walking copies of a card from one booth to another.

I need to wrap this up. Now that I’ve established who I am and talked a bit about the concept of arbitrage, I hope to return in a week or two where I can discuss how to identify opportunities for arbitrage as well as how to cash in on them quickly before the market corrects or the buylist lowers. I hope you’ll join me.

3 thoughts on “Tools of the Trade”