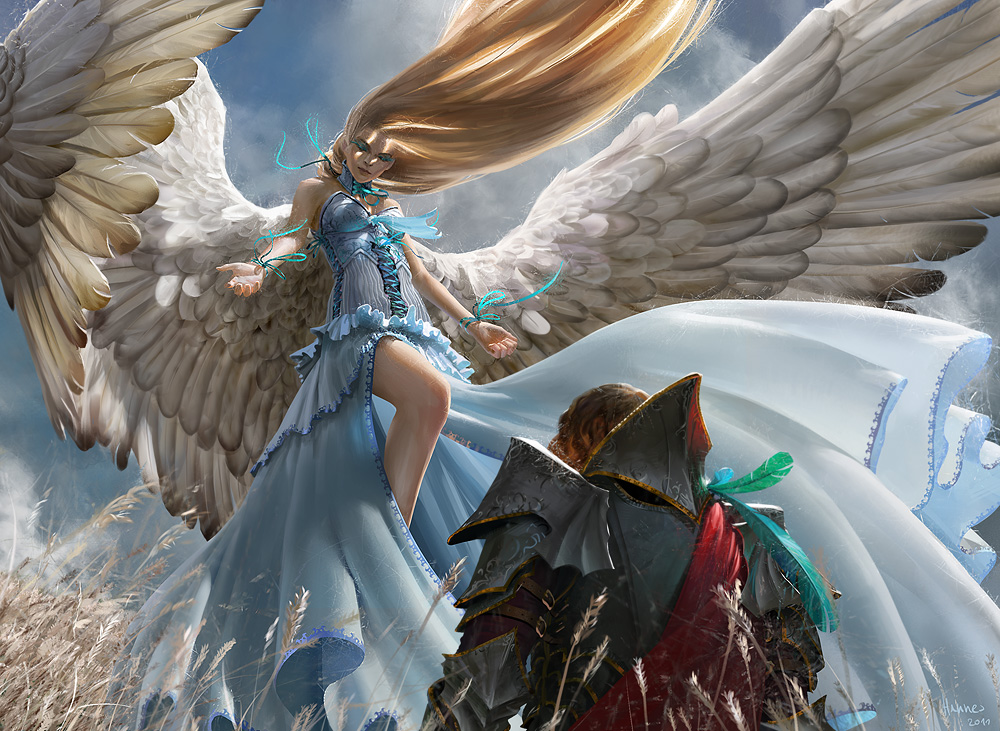 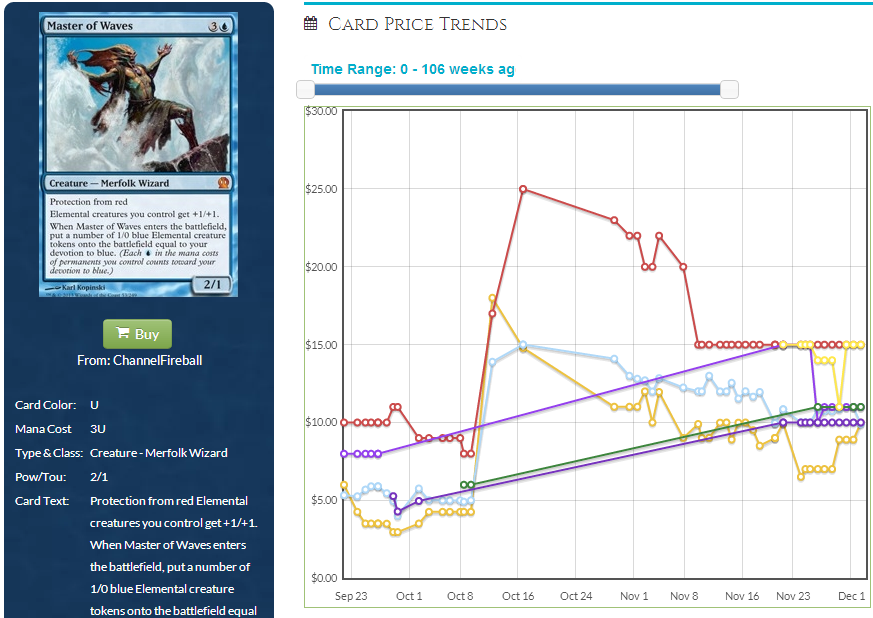 
Your prescience paid off, and you indeed made profit. Well, kind of.


Imagine you bought four playsets of Underworld Connections for $.75 a card, hoping they’d spike. Your spec didn’t completely bomb, as they’re currently around $2.50 in trade, with a best buylist of $.90 as of 12/2. That’s hardly worth shipping to a buylist though. Instead, you should stick them front in center of your binder and head off to your LGS. With a trade value of $2.50, you can ask a good $10 in trade for the set. You can then utilize good trade practices and disparity of information to perhaps grab a Master of Waves from someone looking to move into black. Now, suddenly your $3 investment on a set of Connections has turned into a real card. If you can manage that three more times, you’ve managed to turn a mildly successful spec into a hot playset of Standard mythics.