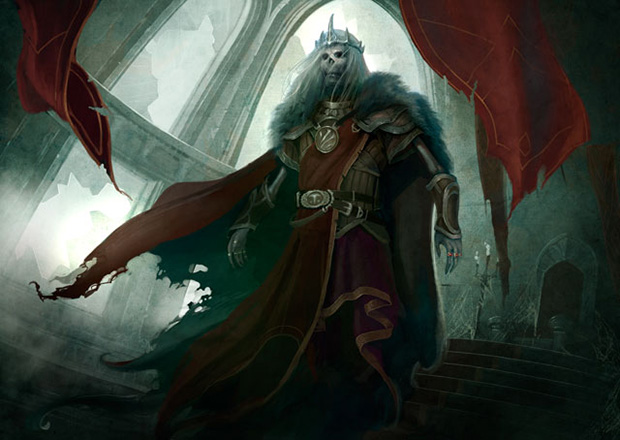 The first round of spikes happened last month, and this month they just keep coming. Gee, the spikes for Magic cards aren’t slowing down anytime soon are they? Let’s break down last week’s spikes and see if the gains are for real, or if the hype train has derailed yet another card.

Usual suspect Travis Woo is the primary driver of this spike. You don’t have to take my word for it, he actually tweeted about it:

If you saw this tweet on Jan 7th, you might have been able to buy in early enough. Trying to sell into the next wave of buyers that think it can break higher than $4 in paper is another story.

If you missed out on this spike you are now asking yourself – is Summoner’s Egg the next Show and Tell in Modern? Let me answer that for you – No! It hasn’t even put up any real results! Through the Breach and Goryo’s Vengeance are a million times better than this card, and even they aren’t more than $10 and $12 respectively. Summoner’s Egg isn’t even in the same league as these cards. Sell any Eggs if you got ‘em; this price won’t be lasting long.

With less unbridled enthusiasm than Woo, the creator of the Fist of Suns deck Jan van der Vegt, who was championing the deck during Day 1 and ultimately finished 44th place, had this to say: 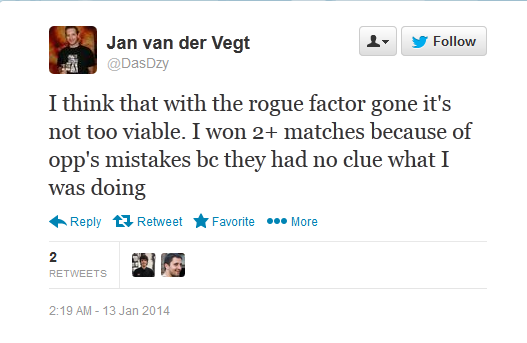 The freaking creator of the deck told people that it wasn’t any good, and it still went from $2 to $10! What the actual…. well, I am honestly lost for words here.

All I know is that the snowball to avalanche effect is the perfect metaphor for speculating in MTG these days. All it takes is one tweet or Reddit post to make a few deckbuilders salivate and start buying, then others check MTGStocks and see that the price is going up, and then these others decide to start heavily buying in. You wind up with a crazy price that in no way reflects the actual merits of the card.

Is this a joke? I’m happy to say it is indeed not. From the Magic Online classifieds to paper binders everywhere, Norin is now a $3 card. Why you ask? Take a look at this. Keen players noticed that this deck snuck 3x Norin into the build because gaininglife, dealing damage, and pumping up your Champion of the Parish once every player’s turn is not too shabby. You can tutor him up with Ranger of Eos, get a bunch of Myrs from Genesis Chamber, and draw some cards with extra mana from Mentor of the Meek. I think we’re starting to see the beginning of a new archetype emerge in Modern. Soul Sisters has always been a deck, and this is just a new twist on that strategy.

His only issue is his Legendary status, which means that you can only have one cautious little Norin out at a time. Despite this I believe that this price has staying power, unlike those silly Fifth Dawn cards above. As of Friday, there were plenty available on TCGPlayer for $2.50. This price fairly represents his potential to make the deck a contender in the future. Keep an eye out on Norin, and if you like the deck I suggest you pick him up before the next potential spike that could occur closer to Modern season.

How is Cabal Therapy, a card that already has seena reprint twice (albeit rarer than most reprints,) an $18 uncommon? Well, I guess there are a few factors behind this gold rush – it has Flashback, which is a mechanic that is hard to reprint (plus we just had a set with Flashback,) the card name is very flavor-specific, and Judgment is a fairly rare set. These factors combined, plus the hype that drew attention to it Friday the 10th, made a lot of players anxious to quickly finish their Legacy decks.

I wouldn’t bet on Cabal Therapy keeping this new price – Wizards has shown they have no problem reprinting this card, and I bet in the future it could be in another supplementary product. Avoid buying into this. Sell or trade any extra copies you have at this point.

Over the past few months, cards good in theory yet without results have been spiking out of nowhere. I’m hardly a pot to call a kettle black, but come on people – you know who you are. This is just getting out of hand. More and more speculators are crawling out of the woodwork to make their fortunes on unrealized potential. I’ll let you in on a secret – I don’t really make that much on speculating.

Speculating on Magic in the way that most individual players engage is just like a person engaging with the stock market. What most people don’t know is that most individual investors underperform the market. Also, people seem to think very highly of themselves even if they aren’t getting a decent return from their investments. They even did studies on hedge fund managers, people whose entire job it is to make money from money. Guess what – not even these geniuses and brainiacs could outsmart the market, and their returns for the most part were “indistinguishable from zero”. That’s right, they worked their entire career and their gains were so close to nothing that they didn’t even register as a blip on the radar in the grand scheme of things. These are the so-called experts.

What does this all mean for you, reader? Well, it means that all of us need some self-awareness as to why we make the purchasing decisions we do. Maybe there is some emotional investment involved, where we pick up cards that scream cool to us, and convince ourselves that they won’t be going down. Maybe there are some people notice how few copies of a specific card are in circulation and see dollar signs. Maybe there is a secret consortium of card vendors out there, colluding with each other like OPEC to keep that oil money coming in… well, most likely not this reason.

Anyways, what this means is that in the long run you won’t be making much money from your Magic speculating. And that’s OK. Nobody really does, not even the market whiz kids. What you should be looking to capitalize on with your Magic acquisitions is a steady percentage increase from year to year by making smart buying decisions and timing the market correctly – something that takes a little bit of experience and knowledge to fully understand. Once you have the fundamentals down your pickups will start to reflect this experience and keep your binder full of relevant, relatively well-priced cards.

If I was to sum up the current frenzy of Magic speculating in one word, it would be “insanity.” Cards without a lot of results shouldn’t be jumping this high or this quickly. I’m not sure what can be done about this problem moving forward, though I think awareness about your place in the market as an individual speculator is as good a starting point as any. Sure, some of you probably made some decent money from a few of the cards I mentioned above – possibly even all of them. Remember though, in the long run the odds are against 99.9% of us. Players already complain quite frequently about the high price of cards, and adding fuel to the fire by buying up copies of cards that are only good in theory aren’t helping. I have a feeling that a lot of people will be burned by these spikes, and not just from the cards I mentioned above. There are plenty of examples that I didn’t showcase today (such as many of the cards related to a Nekusar.) Buyer beware, buy cards with care.