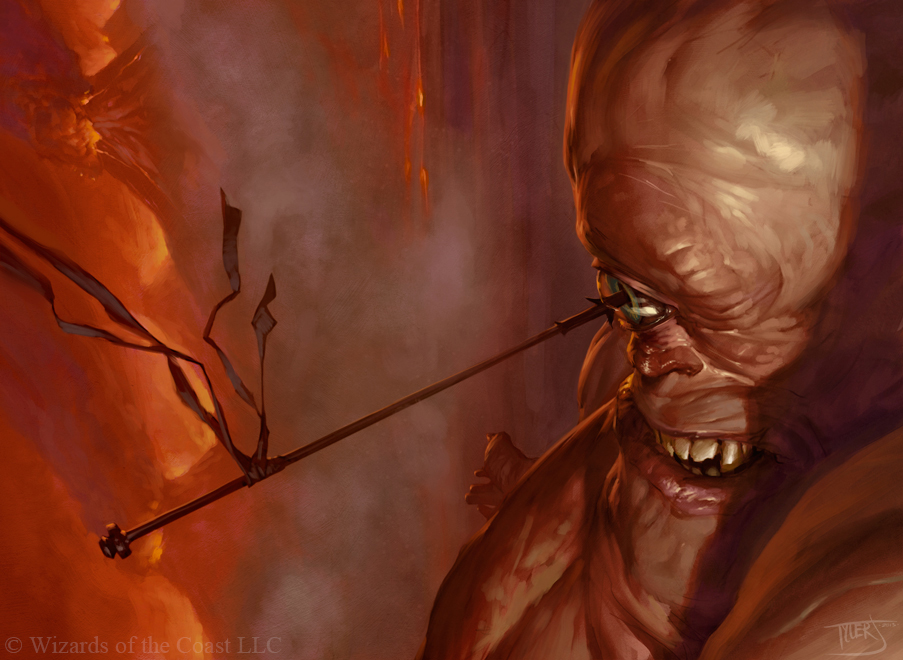 Many people have little understanding of how important Magic Online is to MTG finance.

They are really missing out. If you fail to take full advantage of Magic Online, you too are missing on some valuable opportunities.

Think about it: Magic Online is where all the pros play. Moreover, it is the de facto deck testing platform for anyone heading into a competitive event. These are people who will pay any sum to have an opportunity to test a deck or just play high-level Magic. This means that there are huge speculation opportunities on Magic Online, as well as having one of the best platforms to determine the progression of cards in paper.

Let’s go over some basics of how the Magic Online economy works.

Event Tickets are the currency of Magic Online. They are used to purchase cards from bots and enter into events. Each one is worth a little less than a dollar, but you can buy them for a dollar from the Wizards store on Magic Online. However, almost everything can and should be purchased outside of the Wizards store by trading with bots or other players.

Bots are what drive Magic Online’s economy. They provide the liquidity for players who want to buy cards. They make their money through occasionally absurd buy/sell margins (especially on eternal cards). They automatically perform buy and sell orders and are basically an automatic cash cow for whoever is running the bot. More on this later.

Most things are cheaper to buy from a bot than buy from Wizard’s store. The most notable example of this is booster packs. Boosters get into the system as rewards from constructed events and draft events, and are used to enter into drafts. Rarely does a current draft set booster pack cost the official four tickets from a bot. Usually, they are at least twenty cents to a dollar cheaper.

Typically, Magic Online card prices are significantly cheaper than their paper counterparts, with a few exceptions (most notably Force of Will).

So how do you get started with utilizing Magic Online?

Magic Online is unforgiving to mistakes. It is quite easy to buy a seemingly perfect speculation opportunity but make some serious mistakes and lose money. That being said, let’s go over some pitfalls first:

This is a major pitfall of online investment.

Many eternal stapes have extreme margins between the buy and sell prices on the bots. This is because of their low volume. Bots trade standard staples at an exponentially higher rate, thus holding eternal staples is a liability.

Let’s say you purchase a Legacy staple at fifty tickets (essentially dollars). However, the buyback price on the bots is currently thirty-five tickets. That means the sell price would have to go up at least fifteen tickets to be profitable. Those are huge margins that could leave you with significant deficits. Moreover, these cards don’t move in price very quickly. Your money could be tied in a fifty dollar spec for months. That’s not good value.

This is why, in general, I don’t recommend investing in Legacy yet online, especially with the looming Vintage Masters set.

Buying event tickets from the store

This is a small issue, but can be important if you are moving a large volume of event tickets. If you are inside the United States, last time I checked, you pay a dollar per event ticket with no tax at the Wizards store inside Magic Online. This is subject to being changed, of course. For many who aren’t in the US, there can be insane upcharges with tax. Thus, it’s almost a necessity to purchase event tickets outside of the Wizards store.

There are many places to buy event tickets. A quick google search will give you the best ones (I don’t want to endorse one over another-you be the judge). You can often get event tickets for $.97-$.99 per ticket. That’s not too good to be true, that’s just the going rate.

Under this section, I might as well put some general tips when starting out on Magic Online. Don’t open any product you get when starting. Sell your booster pack; you can typically get about two to three event tickets for it.

Don’t play cube unless you want to throw money away.

Getting screwed by the bots

It is very easy to let yourself lose a ton of value by dealing with bots. You will always round up the amount you are paying for cards up to the next event ticket (you cannot have a decimal of event tickets on Magic Online). However, the bot will save your credit. Obviously, this requires trust on your part that the bot will correctly log the amount of credit you have and stay online. I would recommend keeping a word document of the bots you have credit with and searching those for your cards first. That’s a mistake I made.

Make sure to shop around for the best prices of cards. It is certainly possible to pay a dollar or more than you would at a different bot. I have also paid up to five dollars less than the going rate because of an error in bot maintenance. Be mindful of the going rate (MTGOTraders is a ceiling, look for prices above this).

To be honest, the best way to make money directly from Magic Online is to maintain your own bot. That is a topic that goes far beyond the scope of this article. Stay tuned for that.

Those were some pitfalls. It will be confusing at first, and you may make some mistakes.

The key question is: how does this translate into paper investment?

All of the best players play on Magic Online. They test their decks here. They play with other high level grinders here. Where else can you face this kind of competition virtually twenty-four hours a day, seven days a week?

An invaluable gauge for where prices will be is the Magic Online tournaments called Daily Events. Although the name implies they are “daily”, there are Standard tournaments that fire several times a day, with Modern having about half as many of these tournaments.

You can pick up on the latest technology by looking at the tournaments results that are posted every week on dailymtg. Being cognizant of this will vastly improve your ability to make good decisions.

Another useful feature of Magic Online is being able to see good inventory data.

One of the greatest features of Pro Trader here on MTGPrice is the inventory data from retailers. It allows you to see when certain cards are experiencing a buyout and to move in on those cards.

However, Magic Online is a good supplement to this data.

Once you get a “feel” for how much stock major bots have in cards, it is quite easy to see when that stock is being depleted or is simply too low.

This provides you with a barometer of which cards are going to see price swings in paper too.

It’s difficult to quantify, unfortunately. There is nothing like MTGPrice for MTGO, so it’s mostly up to you to gain the understanding and utilize it.

This is constantly what I’m talking about in my articles. There aren’t any silver bullets for MTG finance, you have to use your intuition as a player to make money.

That is the essence of why you should be on Magic Online. You need to be a part of the culture of Magic in order to be effective in investing in it. Would you invest in a company where you knew nothing about the product it sold?

The same goes for Magic. If you are playing in the same events that the pros are, you will develop your sense as a player and investor. The difference is that the people you are playing with aren’t looking to make money, they want to get better at the game. If you are looking for opportunity while playing Magic Online, it will begin to present itself.

I can go over hundreds of cards that might see drastic increases in price. Is that the most helpful thing to you? Does that help you become a better investor?

Not for the long term.

How about five years?

You can only become a better investor by investing a bit of yourself, especially when your money is going into a game. In our hearts, we are all still players.

So load up Magic Online. Take it for a spin. It’s mediocre (read: shitty) technology, but it’s the platform that Wizards has made for competitive players to test decks. If you’re not on there, you are missing out.

One thought on “Magic Online and You: An Intro”