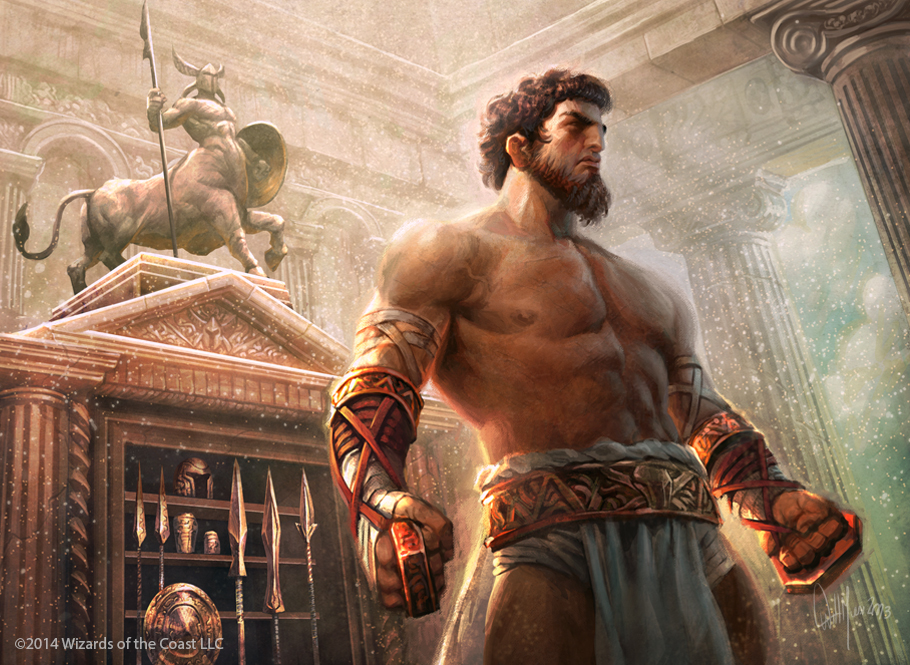 If there is one thing that players like doing it is taking an extra turn. There is always casual demand for effects like this and Walk the Aeons has a special place since it has buyback.

If you have enough mana and lands you can theoretically take infinite turns. Azusa, Lost but Seeking and Crucible of Worlds can allow you to go infinite if you can keep them both in play.

Both Monoblue and Simic Time Walk decks have been played but have yet to have much success.

Every time an extra turn effect gets printed this deck edges towards playability.

The buyback mechanic is powerful but leads to monotonous play. Walk the Aeons is the perfect example of the danger of such cards so I do not think that it is likely to be reprinted.

These are cheap enough that getting a couple play sets will not break the bank. Casual appeal should help them hold value if not increase over time.

I would also take a look at Beacon of Tomorrows and Time Stretch.

Ajani is getting a lot of attention right now. There are three versions in standard. This is not one of them.

It has a lot of casual appeal since it is helpful for decks that are focused on lifegain or tokens.

This lets it be included in some builds of Modern Soul Sisters.

It has been printed three times so far so there is a decent amount of stock available.

Ajani’s storyline is focused on protecting others right now so I do not think it will get reprinted for a while. I suspect this will be a slow gainer until that time.

Wrath of God will always be the definitive mass removal spell. It takes me back to when my friends and I were playing Revised.

It is still used today in a wide variety of modern and casual decks.

It may have some competition from Supreme Verdict if both blue and white mana are available but it is still going to be in the sideboard or main deck in any good control deck.

Its price been a little depressed since the release of Commander 2013. It was reprinted yet again in the Naya Commander deck. You would recognize it from every Walmart and Target shelf you have visited lately.

It has started recovering its price.

The vendors have started adjusting their price and that has caused some disparity.

Store have been stocking twice as much Mind Seize as the other Commander 2013 products. It is not hard to see why. People rush home sell the True-Name Nemesis and have a subsidized Nekusar, the Mindrazer deck.

Every good Nekusar deck needs wheel effects that cause everyone to draw a lot and take heaps of damage.

Teferi’s Puzzle Box has gone from bulk rare to $3.00 on the strength of this commander alone.

After the numerous printings that the Puzzle Box has gone through I do not see it climbing much higher. You should be trading these away to any friends who are fine tuning their Nekusar deck.

As much as I would love to say that scarecrow tribal has finally happened the biggest contributing factor to Reaper King’s price is its mana cost.

It is played in a fringe Legacy Blazing Infect Deck.

It will drop a quick Glistener Elf or Blighted Agent. Reaper King or Progenitus can be exiled to Blazing Shoal to create a lethal threat. They can both be fed to Force of Will as well to protect the combo.

Reaper King is used as a full four copies which is the most attention it has ever received. Reaper King can also come down as a threat for as little as five mana if things are going wrong. Progenitus likely never be cast.

These are cheap and the people with them in their binders have probably been sitting on them since Shadowmoor. You should be able to get these as toss ins if you ask nice enough.

This will probably be the peak for Galerider Sliver. Mono-Blue Devotion is probably on its way out at rotation and the resurgence of slivers will only be for the next few months.

I do not want to suggest that Galerider Sliver will ever get to be a bulk rare because the casual appeal alone will keep it around a $1.00 to $1.50 but unless something drastic happens soon I do not think it is getting any higher.

On the bright side you can still get them for $1.50 and sell them for $1.67 which means you at least have a good way to unload any that you have have lying around.

Burn decks have been performing rather well in legacy and several Modern players have been trying to translate those decks to their format of choice.

Mono-Red Burn is always a popular choice. Flames of the Blood Hand is a great way to answer Archangel of Thune and Spike Feeder or Melira and Kitchen Finks.

There are several variations on Burn being brewed with none have really seen very much success recently.

This type of card is always a welcome find in collections as people tend to value them as bulk but I would not actively trade for them unless you want to play with them.

I would not be too hasty to trade away your Skullcracks as they fill a similar role and can be played a turn earlier.

Suppression Field is the quintessential sideboard card. It is backbreaking in certain matchups and utterly useless in others.

The nice thing is that it is highly underestimated since it was printed as an uncommon. I find these in bulk all of the time and I am always happy to see them.

It is currently used in several modern sideboards including Bogles, Soul Sisters and Boros Burn decks.

Sideboard cards only hold their value as long as they are the most efficient way to deal with the threat or while the threat is a significant part of the anticipated meta game. I would move these.

How many one mana discard spells do you need?

Blackmail has seen some use in Modern Monoblack Infect alongside the usual suspects like Thoughtseize, Duress and Inquisition of Kozilek.

I suspect the recent release of Waste Not has led rogue deck builders to put together their brews in hopes of free mana, card draw and zombies.

Any deck running discard has a lot of choices at one mana. This would not even crack my top five.

If you have copies of Blackmail or Waste Not I would trade into the hype.

Hero of Iroas has some potential. It has had a chance to shine in Theros Block Constructed Heroic decks including Azorius and Boros variants. The ability to toss a couple of Ordeals or Fate Foretold at the bargain price of a single mana can lead to some explosive starts.

With rotation coming soon Theros block decks can give us a clue to potential Standard decks once the doors have closed on Return to Ravnica.

It is very vulnerable to removal like Hero’s Downfall or Silence the Believers.

This is still a bulk rare but the sudden surge of interest does give us an opportunity.

That makes it a Hero in my book.

It may be that we are finally getting over-saturated with them. Lighthouse Chronologist requires a total investment of nine mana before it does anything. That is almost Time Stretch mana.

Has Courser of Kruphix hit its peak?

It has been seeing lots of play in Standard, Modern and Legacy decks.

It still has a full year in standard and it is doing well in block.

What happened? It had a double whammy.

M15 included a reprint of Back to Nature which pretty much dares people to try and play constellation.

More importantly it was reprinted in the M15 Clash Pack. I see Courser dipping down to the $10 range.

It is still powerful but it is now readily accessible.

Fist of Suns has become nearly synonymous with a baseless price spike.

A rogue deck was built using Fist of Suns to cheat out powerful creatures like Emrakul, the Aeons Torn or Griselbrand.

It could also use Goryo’s Vengeance or Through the Breach to get these monstrosities attacking.

The deck never really developed. A lot of people bought into Fist of Suns due to the hype.

There is a slight silver lining. You can still buylist your Fists for $4.01. This is not bad considering you can still purchase them for $3.96.

Hopefully you did not pay more than $4 for them.

Ink-Eyes, Servant of Oni is a personal favorite of mine. It has casual appeal since it is a ninja and it can be used to reanimate creatures from your opponent’s graveyard.

It has been reprinted in Planechase and From the Vault 20.

Most players are cracking their From the Vault for Jace, the Mind Sculptor. That leaves a lot of leftover rats.

Its supply has increased but demand is not really growing with it.

Kokusho has seen better days. He used to dominate standard and extended.

There are just much more exciting fatties these days.

He was reprinted in Modern Masters which has not helped his price.

He is still powerful in Commander and multiplayer casual games. He no longer has the competitive demand that he used to have.

If you are sitting on these waiting for a recovery then you have several years to wait. It would move these.