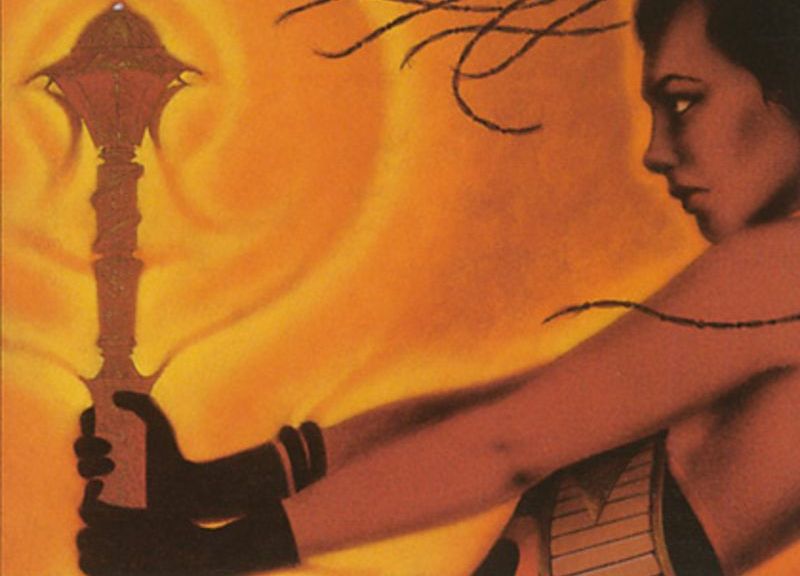 Drawing inspiration from my coverage of Khans uncommons and commons, I decided to put together a list that was slightly more… ambitious. I figured, if there was value in deciding which uncommons and commons from the latest set have financial implications, why not look into even more sets for other gems that have maintained or increased in value over the years?

I also wanted to expand a bit more on my work for modern buylist data crunching, which involved seeing which vendors that MTGPrice tracked (I later completed a review of Card Kingdom) offered the highest buylist prices on average. However, some players aren’t really going to care about shopping around – they have a buylist that they use and will continue using that buylist because it is convenient for them rather than always splitting up orders between multiple buylists. So the question becomes, instead of which buylist offers the best prices what are the cards I should be looking out for in general that will sell well to almost any buylist? Odds are you are going to be selling lots of bulk picks to a buylist, so I wanted to see what the most valuable Modern uncommons and commons that go to buylists in general are.

I hope this article will prove useful to bulk pickers, those tireless souls that spend hours upon hours looking through bulk boxes for the gems that the rest of us find useful. If there is enough interest, I can continue tracking the value of uncommons and commons for the remaining older sets in the Magic (barring sets like Alpha, where basically every card is worth $5 or more).

For now though, I think Modern is a good starting point because it is the newest eternal format that is gaining interest again due to the Onslaught fetchlands being reprinted in Khans. There are many uncommons and commons on the list (see appendix) that have popped up in Modern builds over the past year and have gained some value due to being discovered as useful in the format.

However, a large majority of the uncommons and commons on this list have maintained value due to casual demand. Casuals drive a large part of the demand from the market, so when you see cards like Salt Marsh, Zombify, and Mirrodin’s Core being listed on buylists you really shouldn’t be that surprised. As Anthony Capece recapped in a groundbreaking MTG finance piece last November, cards from newer sets are printed in vastly higher quantities than older sets. Starting with Innistrad, the card printers that Wizards contracts to make Magic must have been jumping for joy from the amount of work that Wizards (Hasbro, really) sent their way.

Not surprising here is that many of these card are Modern or Legacy tournament staples, such as Sensei’s Divining Top and Aether Vial. However, cards like Ghostly Prison, Lightning Greaves, Imperious Perfect, and Harmonic Sliver are the casual gold I was talking about that usually comes out of these bulk boxes because players focused on tournament play don’t care about them. If you continue on to the next 25 or so cards with higher retail values you will continue to see more casual cards show up in the list. These are your Tier 2 Modern uncommons and commons.

This list is where we start seeing cards like Hedron Crab and Mind Funeral – cards that might be tournament playable under the right circumstances but really are just popular with casual mill players looking to build sixty card mill decks, using only the best mill cards available from Magic’s history. I can keep going like this, tiering cards out based on price, though again I will emphasize that all of my research is located in the appendix which is the reference that you can use to take a look at the multitude of cards I’ve found.

I wanted to see what the most valuable cards on a buylist were, on average, for Modern uncommons and commons. Yes, Aether Vial and Sensei’s Divining Top made this list again, no surprises there. But did you know some stores are paying $3.50 for Stoke the Flames, an M15 uncommon? That seems like pretty easy money to me there – take out all those Stokes that you drafted during M15 and make a nice bit of cash from them, especially since when it rotates from Standard that price is going to tank really hard. There is no way in the long run that Stoke the Flames has a higher buylist price than Heritage Druid, Imperious Perfect, and Path to Exile.

Something that jumped out to me right away is that Isochron Scepter has arbitrage right now – there is a buylist out there buying Isochron Scepters for more than TCGPlayer retail. Seems like a good time to pick up some Scepters before TCGPlayer retail catches up with the demand. Speaking of which, let’s see from the appendix data which cards have arbitrate opportunities or low spreads.

I’m betting this is the list that surprised most of you. These are the cards that have arbitrage and the lowest spread out of the entire list. Yes, that’s right – Psychotrope Thallid, a card that I didn’t even know existed, currently has the lowest spread amongst all Modern legal uncommons and commons. Card Kingdom is buying these guys for more than what TCGPlayer is selling on average. Also among the negative spread club are Mirrodin Isochron Scepters which are also being bought by Card Kingdom. Again, these numbers tell me that I should probably pick up some copies of these uncommons in anticipation of a climb in retail price in the future. However, this is definitely much riskier than a rare or mythic rare arbitrage opportunity because a reprint of an uncommon will kill the current price and wipe out the arbitrage.

Bile Blight and Banishing Light seem to be very popular Standard uncommons, so any extras of these you have can be sent back to buylists and give you good value. Random casual uncommons and commons with low spreads include such cards as Talisman of Dominance, Harmonic Sliver, Leatherback Baloth, Pathrazer of Ulamog, Swarm of Rats, Telekinetic Sliver, Gilder Bairn, Terminate, Drove of Elves, and Ancient Ziggurat.

Always be on the lookout for hot Modern uncommons and commons. There are certain casually popular uncommons and commons especially that fly under the radar but at the same time are flying off the shelves of game stores around the country (and even the globe!). Picking bulk has always been a good path to gaining value out of your collection, or a recently acquired collection, and I hope that this article shows that value through exhibiting both tournament and casual retail and buylist prices.

Arbitrage is present, however unlike rares and mythics uncommons and commons are much more risky to try and make profits by buying single cards in mass quantities. At any time Wizards could reprint that uncommon or common if the demand is present. Feel free to pick up undervalued uncommons and commons but make sure you time your offloading them correctly.

Finally, here is the appendix I have been referring to throughout the entire article. Please feel free to print it out and reference it the next time you are sit down to pick through Modern bulk.