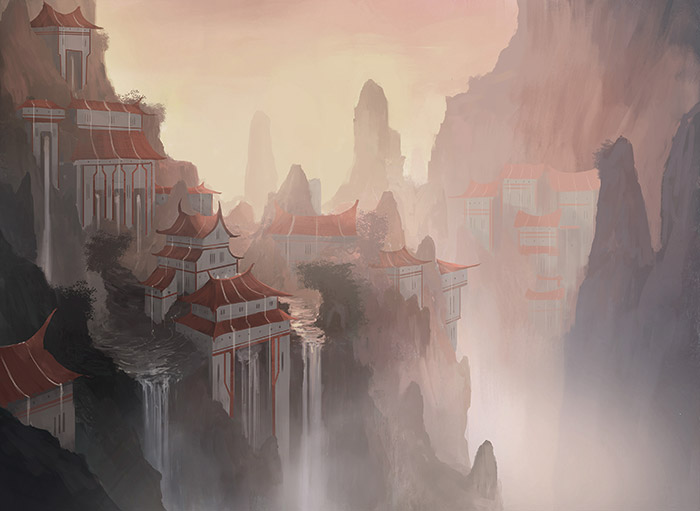 One of the perks of being a Magic player is getting multiple Christmases per year. Just as the official Muggle season of gifts came to an end, Magic players were spoiled with a slew of presents in the form of highly anticipated Fate Reforged spoilers.  As of writing, 86 out of the 185 new cards we would be getting in Fate Reforged have been unveiled. But of course, the ones most financially relevant would be the subset of ten mythic rares and a small portion of the thirty five rares. Today I will put the white and blue mythics under my financial microscope to evaluate their financial potential and whether you should pick them up now or stay far far away.

Let’s start with the soon-to-be master of your wallet, master of potentially Standard and maybe even Modern (a big maybe, as I will explain in a bit):

Young Pyromancer got a big upgrade and discarded his impulsive red alignment. Monastery Mentor is the real deal and is highly likely to end up being one of the chase rares in Fate Reforged. As of writing, eBay completed listings have Monastery Mentor at $27 each and major stores like StarCityGames.com and ChannelFireball.com are preselling Monastery Mentor at $30.

It is pretty obvious that the Mentor is a solid card, but is the Mentor really worth that much? Is Monastery Mentor the next Voice of Resurgence, who broke $50 during the early stages of its existence? Like Voice of Resurgence, Monastery Mentor possesses a Modern-viable casting cost and is capable of generating insane card advantage. Heck, it even takes after Young Pyromancer, an already popular Modern mainstay.

My prediction is no. I do not think Monastery Mentor would become a Modern staple à la Voice of Resurgence and Young Pyromancer. And my arguments are as follows:

Monastery Mentor does not generate card advantage the turn you cast him unless you cast Monastery Mentor with open mana. That is a huge drawback in Modern for a card that costs three to play. Voice of Resurgence was scary because the plucky goat-like elemental assured you card advantage upon resolving and it costs one less. Baaaa.

Brimaz, King of Oreskos, an analog of Monastery Mentor requires two Lightning Bolts to take out (unlike their cat ancestors, leonin do not have nine lives), which is technically card advantage as he trades for two cards from your opponent. I would not consider getting my Brimaz or Voice of Resurgence Path to Exiled to be parity; Path propels your mana one turn ahead, a benefit for decks running Brimaz and Voice of Resurgence as you usually want to cast them on curve rather than hold out for open mana to be available like Monastery Mentor.

Nor does Monastery Mentor protect itself (I really can’t tell if Monastery Mentor is male or female from the low resolution card art, and the Vorthos in me demands that I get my card’s gender right. I am hedging by using it at the moment, at least until Wizards releases a Monastery Mentor wallpaper). I may not be an esteemed deck theorist or brewer, but I have the feeling that the current incarnations of Jeskai in Modern would prefer to run Geist of Saint Traft over Monastery Mentor.

In a format where Lighting Bolt is the most played card, being found in 49% of decks, I would be hard pressed to cast a three mana creature that is vulnerable to a single Lightning Bolt. It’s a huge tempo loss for me if my Monastery Mentor eats a Bolt without generating at least one token. The same applies to Young Pyromancer, but at two casting cost, Young Pyromancer is less of a tempo setback. I could cast Young Pyromancer on turn three with one mana open as opposed to casting Monastery Mentor on turn four. The difference of one mana is huge in a powerful format like Modern, and is amplified for tempo decks that do not run many lands; it is significantly easier to hit your third land drop than your fourth in these decks.

The Voice of Resurgence Effect is a phenomenon coined by the Brainstorm Brewery crew to describe a mythic spiking to unprecedented heights due to the fact that it is the only financially relevant card in the set. Magic Online redemption is one of the factor driving down card prices for new sets and with little incentive for retailers to redeem online sets, the market supply of Voice of Resurgence is lower than your usual chase mythic, thus its lofty price.

I am aiming to get my playset of Monastery Mentor at $20 per piece at the maximum and that is just so I can grind the PPTQs shall the Mentor turns out to be a consensus upgrade in the Jeskai Tokens I am currently running. I would only reach for $25 if Monastery Mentor becomes a multi-archetype staple like Goblin Rabblemaster.

Everytime I take another look at Soulfire Grand Master my opinion of the card tanked a little. While she possess a unique ability to transfigure your burn spell into Lighting Helixes, I think she might be overrated due to the fact that its an ability that is seeing print for the first time and no one has really tested it out yet in real life. While it may be fun to transform my Lightning Strikes into Lightning Helixes, it comes at a cost of an extra cards that is the Soulfire Grand Master herself. Principle of equivalent exchange eh? I do not hit parity until I reaped the lifelink out of my second burn spell and that is assuming I am not playing against a deck like Abzan Reanimator that can grind me from 60 life to zero (true story) or UB Control where my life total is irrelevant most of the time so long it is not infinite (or one billion, as the competitive REL rules demand a set figure for infinite life gain loops).

Her activated ability is no better; having to pay an extra four mana to imbue a spell with buyback is too inefficient for competitive play and is a bit of a win more clause. The only decks I imagine that could abuse this clause are grindy Jeskai control decks, to cast a burn spell with buyback at the end of their opponent’s turn, three damage at a time to slowly finish off your opponent, or control decks seeking a soft lock with reusable counterspell in the late game. Or reusable Dig Through Time or Treasure Cruise. All those scenarios are enticing, but they spell out c-u-t-e.

Treasure Cruise may do a decent impression of Ancestral Recall but Temporal Trespass is definitely no Time Walk. At least Temporal Mastery has synergy with cards that manipulate the top of your library. At three blue, you have to be running a predominantly blue deck to be able to cast it, and outside of Commander, I do not see the card trespassing into any format. Temporal Trespass is going for $5 – $7 on eBay and other major retailers, but I would not be buying my Temporal Trespasses anytime soon. I really only need one for my Narset, the Enlightened Master 1v1 Commander deck, but I will wait until I pop one in the slew of Fate Reforged packs I would be opening.

Torrent Elemental is a contender for control finisher in Standard and is able to do a decent emulation of the mighty Thundermaw Hellkite sans haste and five to the face. The Elemental’s second clause is not easy to abuse in Standard unfortunately and as so, would have a hard time dethroning the temperamental Pearl Lake Ancient as the de facto control finisher. If only Torrent Elemental’s second clause can put it into the battlefield tapped from the bulk bin. If only.

That is all for today’s review. Stay tuned next week for more prodding at Fate Reforged mythics. In the mean time, I am really excited for Fate Reforged. As I was writing this piece, a common dragon was just spoiled!

#mtgfrf has the highest AS-FAN of dragons of any set ever. One way we’ve done this is my social media preview card. pic.twitter.com/ZRuZNk7DcR

I am an avid fan of Mark Rosewater’s Drive to Work podcast and one of the recurring design concepts he discussed was that for a theme of a set to truly work, it has to be found in common rarity cards to ensure that even casual players who drafts the set once in a while have the opportunity to encounter the theme (Mark Rosewater put it more elegantly of course, I was just paraphrasing to the best of my memory. For the uninitiated, Mark Rosewater is the head designer of Magic and one of the most well-loved voices in the Magic community). Its no secret that I am a big fan of dragons and I am very excited to see Wizards going full throttle with the dragon theme.