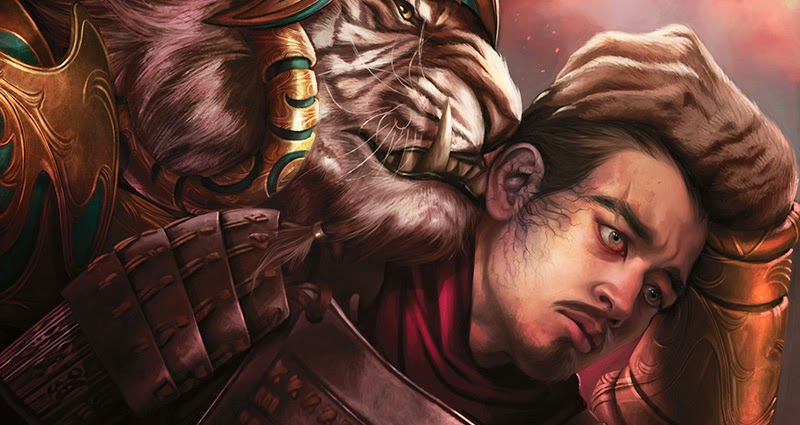 Fate Reforged spoilers have been released in full and this set is poised to make its impact on Standard. Instead of writing a detailed analysis of individual cards right away, I am going to give you my first impression of the set at this point based on comments I’ve seen around the web and my own thoughts.  I’m going to keep the focus on discussing potential trends of cards from Khans of Tarkir, Theros Block, and M15, since Fate Reforged prices are mainly driven by hype at this point. Card by card analysis will come later this week from my fellow MTGPrice writers. If they leave out the uncommons and commons I can cover them later just like I did for Khans of Tarkir.

Manifest is this set’s most unique keyword and it has brought something to the game that we haven’t seen before. I’ve heard plenty of dissenting voices saying that Manifest will not be that relevant but it is interesting enough to have potential. Whether or not it pans out remains to be seen, however some there some cards trending due to the revelation of Manifest.

Trail of Mystery – Several Magic financiers have noticed that Manifest has caused this card to become the most sought after trade on Puca Trade. Retail tells a different story, where the card hasn’t moved from its current price of $0.25 per copy. This is bulk rare status and can easily be negotiated as such in a trade. Trail of Mystery is definitely something to keep our eyes on as Standard adopts to Manifest. Even if it doesn’t turn out to be any good, casual players still seem to be getting behind the card due to its interaction with Manifest and I think the card has a chance of hitting $0.75 or more over the next month just due to this demand alone.

Hooded Hydra – Hooded Hydra has already jumped from $1.25 to $2.50 TCG Median. MTGPrice puts the current price of Hydra around $2 average. This tells me that casual players are targeting the Hydra in the hopes that they can create a Manifest deck that works well with the Hydra’s morph ability of putting five +1/+1 counters on itself when it becomes unmorphed. I admit, I get the feeling that there could be something to this in Standard. Yes, you have to jump through some hoops to get a decent return on this Manifest investment, but Fate Reforged is giving us Whisperwood Elemental. 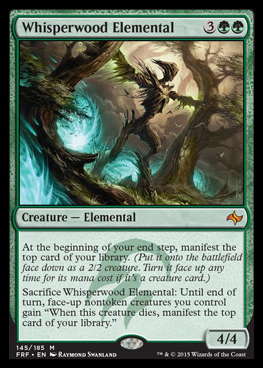 I’m not saying that this card is the next Thragtusk, Huntmaster of the Fells, or Master of the Wild Hunt – there are some key differences here that make Whisperwood Elemental slightly worse. It has a higher mana cost without immediate impact by itself. If this is your only creature and your opponent has removal, you wasted turn five which is a critical turn in a format like Standard. It also has a higher color commitment since it requires two green to cast. This could limit it to only being found in fewer strategies that heavily focus on green.

On the plus side, Whisperwood Elemental combines the effects of Master of the Wild Hunt with Voice of Resurgence for all your other creatures in a tidy, neat package. Being 4/4 also helps it dodge many of the different types of removal in the format. I expect some pros to brew with Whisperwood Elemental, and if Hooded Hydra shows up in that deck somehow you can expect upward trends in the Hydra’s price over the coming weeks.

Finally, Master of Pearls is another card that gets much better with the Manifest mechanic and is trending right now on Puca Trade. How this card might fit into Manifest is hard to tell, since it appears on the surface to be an aggro creature, however I think it also could fit into a midrange deck if the synergy is powerful enough to pump all of your dudes for a game ending strike. For bulk, I don’t think there is much risk in picking up a playset. 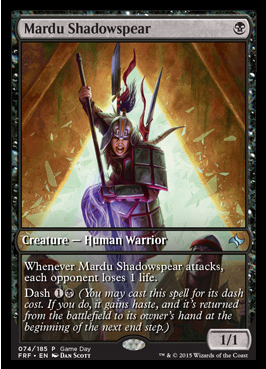 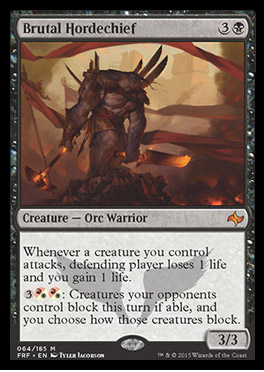 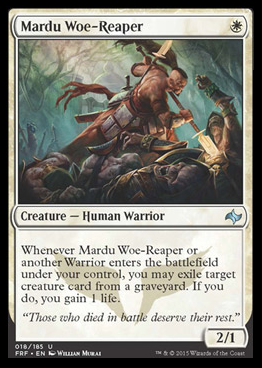 Currently existing cards that fit into this strategy include:

These are just a few of the cards identified by others and myself as potential targets for inclusion in a warriors deck. Though the deck might not pan out, as the currently existing midrange strategies tend to blow aggro out of the water, similar to Manifest there could be some hype around the cards that show up in decks that do well the first few weekends that Fate Reforged is legal.

Cards that potentially fit into existing R/G midrange strategies include Shaman of the Great Hunt and Shamanic Revelation. 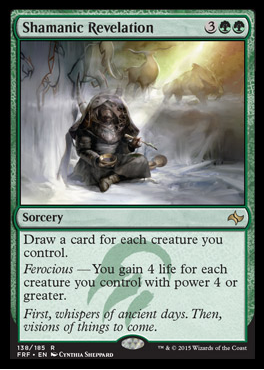 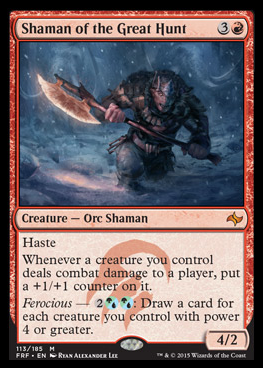 R/G Midrange is a fine deck already, but having cards that enable card advantage and occasionally will enable life gain is something that can’t be overlooked. Take note that Shamanic Revelation is the buy-a-box promo from the set and that Shaman of the Great Hunt is quite an overpowered mythic if you can get it to stick for a few turns.

Cards that go well in these strategies include:

Cards that add to U/B Control’s repertoire include Crux of Fate, Ugin, the Spirit Dragon, and Silumgar, the Drifting Death. 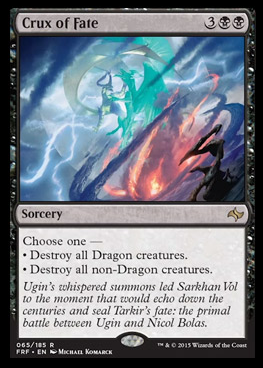 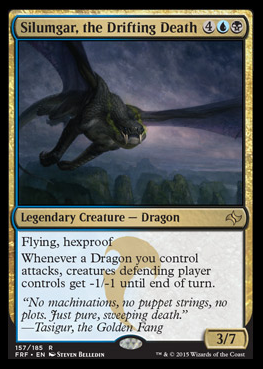 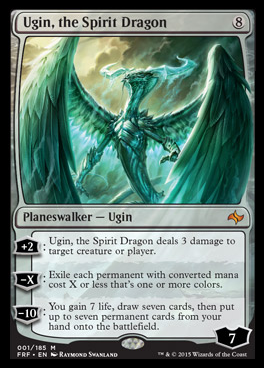 The currently existing card to watch out for in U/B Control include Dig Through Time, Pearl Lake Ancient, and Perilous Vault. Another card with possibilities is Prognostic Sphinx if U/B Control shifts towards selecting it as their finisher. Though most would argue that Pearl Lake Ancient is superior, the metagame could shift in another direction and make the Sphinx shine instead however unlikely that may seem right now.

I’m no professional deck builder but I’m starting to see how the pieces of the puzzle might fit together. Depending on what type of Standard strategies start dominating after Fate Reforged is released could spell different price trajectories for different cards. If a whole new archetype spawns and is good, like the B/W Warriors deck that seems to be taking form through the collective Magic mind on the internet, then a whole slew of card prices may be affected. Even just slight modifications to existing archetypes could help other cards see a small bump in price, or even make other cards that were on the fence change in price one way or the other depending on if they make the cut or not in Fate Reforged Standard.

What cards do you foresee making an impact on Standard from Fate Reforged? What cards from other Standard sets do you see as important role players in the new Standard format?

Tune in later this week for in depth coverage of specific Fate Reforged cards and what their future price may hold.