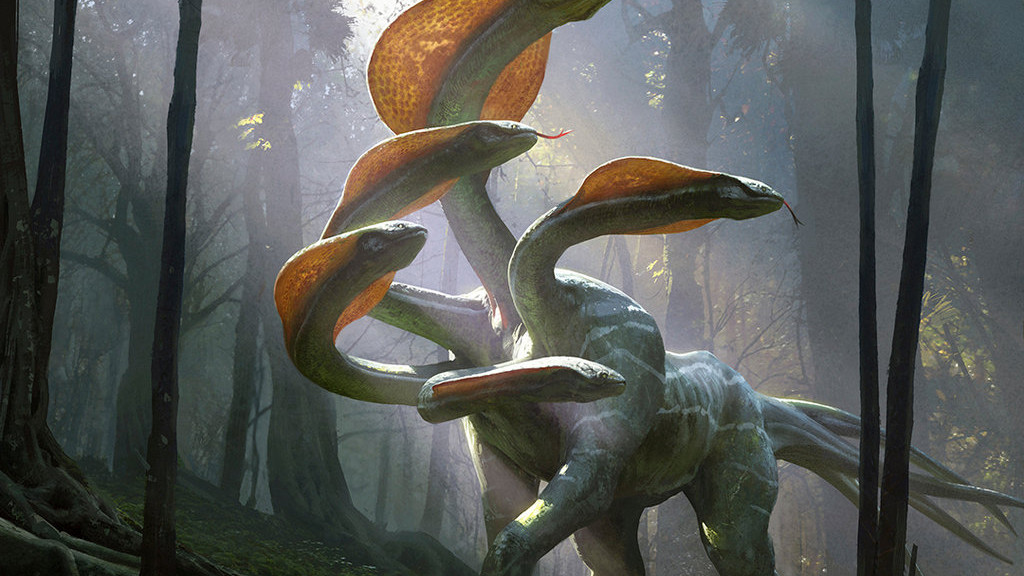 Overlooked summer set mythics are a good place to be if they suddenly find a home in standard at the top tables. Soul of Theros has been earning his bones for weeks now, as a top of curve finish assister in a 4-color Whip of Erebos brew that makes Siege Rhino’s and Hornets look very threatening indeed. The deck often runs the full 4 copies, because many of them end up in the graveyard where they ride the train straight to value town. If the fever spreads, the top end on this is likely around $5-6 but with how often the Standard metagame has been shifting this season, I wouldn’t count on it. If you had pack copies or copies you got under $2 sitting around, trading out for other staples is perfectly reasonable at this point.

With the dominance of U/R Delver brews in specific and blue cards in general throughout Legacy and Modern over the last year, interest in Choke as a solid sideboard answer that slows their game to a crawl has been building. The card has only been printed twice, in Tempest and 8th edition, so it’s possible it will show up Modern Masters (2015) at rare, but otherwise this has a decent shot at pushing $10 within the next year or two given that blue shows no signs of ever giving up the trophy for most powerful color in magic.

It’s not clear whether Manifest is actually a standard playable mechanic, or even which colors it would use as accents, but if the deck proves to be real, Hooded Hydra is almost certain to be a big part of it. The key is that Hydra can flip up from manifesting as a 5/5 for GG, (possibly larger depending on how it ended up manifested in the first place), and then leave behind 1/1 tokens when it dies equal to it’s power and toughness. That’s a minimum of 10 P&T for a bargain basement price, and the scenario it presents is removal/sweeper resistant. Folks are clearly brewing, and the previously ignored KTK mythic now has a shot at mid-season glory. If it makes a key deck tech or a top table this month, expect it to hit $5-6 in a hurry but success is nothing more than a guess at this point so don’t sleep on the info if you choose to go deep. Personally, I think this card will get there sooner or later, so I’ve got about 20 copies sitting around acquired under $1.50.

The Sliver tribe has been enjoying a resurgence since the plethora of new options printed in M15 last summer, with both Galerider Sliver and Sliver Hive already having made some folks some solid money along the way. Sliver Hive peaked around $5 in late summer on casual demand, sliding back later last fall on KTK hype season disinterest. As less M15 is opened however, the card is selling out here and there, and steady casual demand should easily push it back towards $5 within the year, and $10 within 2-3. It’s also worth noting that Counter-Slivers is a very real Tier 2 deck in Legacy and the deck runs 4 copies of this card as a rainbow land with no penalty and bonus token making upside. This is a great long-term spec in every scenario that doesn’t include Commander 2016 or 2017 being tribal based with a Slivers deck.

Jeskai Ascendancy has been a pillar of the 2014-2015 standard format since it’s debut, and the card still has myriad applications in both tempo and combo decks across Standard, Modern and Casual so long as it stays un-banned, which seems likely at this point. It hit a natural low in December and should now oscillate between $2.50-4 heading into summer, being somewhat held down by the value of fetchlands in Khans of Tarkir. Long term, if left legal in Modern and Legacy the foils only get better as specs as more combo pieces get printed, so that’s where I’ve been stashing some cash.

Red/black dual lands are like the ugly cousin no one will ask to the dance. Without a deck in Standard that centres on black and red cards, and with little hope of play in older formats, this Theros temple is banking on little more than EDH demand for single copies. Get out of any extras, you only need these to play at the kitchen table and they’ll be $1.50 by mid-summer.

This underrated sweeper is at an interesting crossroads where the fact that it’s edging up on Standard rotation is facing off against steadily increasing relevance in a format that looks like it will enter spring dominated by token decks and the mid-range decks that battle them. I’d prefer to steer clear of extra non-foils and instead pursue foils on the basis that the card may stay relevant in Modern for a long while as a 1-2 copy main or sideboard role player against the low casting cost value/aggro decks.

Between Shaman of the Great Hunt, Alesha, Who Smiles at Death, Mantis Rider and Flamewake Phoenix, red decks are going to have a cornucopia of options for mid-game threats to present. Until we know which builds are most effective at hitting the Top 8 of the big tourneys, I don’t want anything to do with a card like this that many players have already turned away from in many builds even before Fate Reforged goes legal.

This is a great card and a major staple in both Modern in Legacy, but it’s near the front of the line to get reprinted in Modern Masters (2015) this summer so it’s time to get out if you’re not playing your copies and get back in on some $10 versions in June.

As with Sarkhan last week, this is a great Standard card with plenty of life left, just moving through a normal price cycle and probing natural lows. I’m interested in picking up copies in the $12-13 range if we get there as the regal vampire lord could easily hit $20+ again next fall. If there’s something to be learned from the trajectories of other mid-game ‘walkers like Kiora, Ajani, and Xenagos, it’s that they’re value is highly dependent on the metagame of the day. For now, I rate him a hold, but I wouldn’t go deep on him above $10.