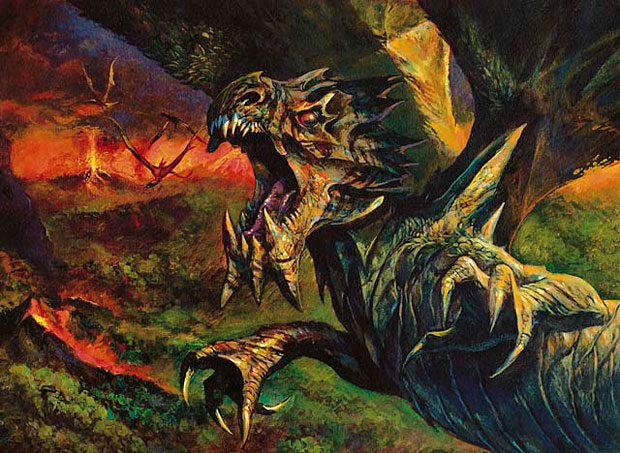 
There are five two-color legendary Dragons in this set, and they all grant a bonus to attacking Dragons. Naturally, this means we want a Dragon-themed deck! I would imagine that most people reading this would have built a Dragon deck at some point, either a casual 60-card one or an EDH deck or something. I know I had a stack of Revised Shivan Dragons!