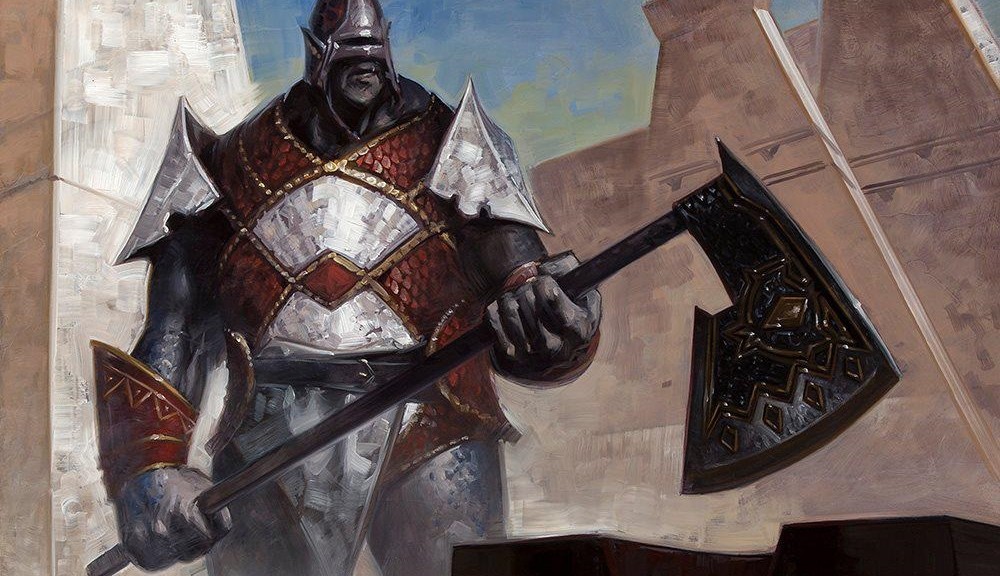 One of the most important data items about a card’s value is something that Magic financiers have coined “the spread”. What we mean by this is how much does a store’s demand (buylist price) compare to the market demand for that same card (fair trade price)? By representing this demand mathematically we can make better predictions about a card’s future value rather than attaching emotional investment to it (This card is cool, its going to definitely be worth something!) or by our own perceived predictions of where the card’s price is going in the future.

To calculate the spread, you calculate the percentage difference between a store’s buylist price and the fair trade price of that same card. The smaller the spread value the more demand a store, or several stores, is driving for a particular card. Examples to demonstrate my point:

Flooded Strand is currently the most valuable card in Khans of Tarkir, with a fair trade price of $20. Stores also have a high demand for Flooded Strand since the buylist price is only about $6 less than the fair trade (or retail) value of the card. Because Flooded Strand has both the highest fair trade price and highest buylist price in Khans, and the difference between the two prices is smaller than a cheaper fair trade card like Sarkhan, we can see that a smaller spread means that your card is more valuable when buylisting to stores. Its pretty easy to see lower spread equals higher demand with the numbers laid out like above.

What About Negative Spread?

Now that we know that low spread equals more store demand, I want to talk about negative spread. Sometimes the demand for a card is so great that the spread will actually be a negative value. Negative spread, otherwise known as arbitrage, is the best type of spread to discover. MTGPrice does track this type of information using what we have dubbed the “MTGPrice.com ‘Free Money’ Arbitrage Tool”. There are two types of arbitrage:

1) Natural Arbitrage, which is the difference between one store’s demand of a card compared to another store’s demand. That is, one store’s buylist is higher than another’s selling price, which means you buy the card at the low sell price and then sell to the higher buylist price. The arbitrage tool mainly tracks this arbitrage type.

2) Market Force Arbitrage, which means that the average market price of a card is lower than a store’s buylist. This happens when a store can’t get enough copies of a card in stock at the current buylist price, so they have to raise their buylist price in order to attract people to sell to that buylist. Many times this new buylist price will be higher than a market average if a card has become really popular due to a new deck strategy being introduced in a format or if vendors are preparing for big events. One thing to note about this type of arbitrage is that it usually doesn’t last that long – once the store has enough copies, they will usually raise the retail price while keeping buylist the same or lower so that the spread widens (and their profit again increases).

Another article could be written on the data contained within the arbitrage tool, but suffice to say that arbitrage is the best type of spread to find. You can occasionally find this type of spread in Standard legal cards, however 99% of arbitrage is going to be cards that are Modern legal or older.

Bringing Khans Into the Mix

OK, so now that I’ve explained how spread works let’s see what some of the current prices for Khans staples are compared to their buylist prices. Below is a listing of cards that have a buylist price of at least $0.50 at an online retailer (copied from the Khans of Tarkir spoiler list).

One trend you should notice right away is that the low spreads do not necessarily correlate with the higher priced fair trade cards, which indicates that stores are demanding cards different than the currently most expensive ones. Out of the top ten, Sorin, Solemn Visitor actually has the highest spread, which is definitely surprising for a planeswalker since they tend to be some of the more sought after cards. There could be many factors why Sorin has such a high spread but the takeaway here is that you are going to want to trade your Sorins rather than buylist them if you’re looking to get out of the Sorin market. You will get more value out of a trade rather than selling to a store.

Right away we notice that there are three cards in the top ten lowest spreads that are less than $2 – Bloodsoaked Champion, Rattleclaw Mystic, and Empty the Pits. We can draw a conclusion from this that stores are trying to pick up as many copies of these cards as they can because their buylist is so close to fair trade price. If a card continues to generate great demand, the fair trade price will usually rise up to match that demand and then the spread will become greater as the fair trade price goes up while the buylist stays the same. In other words, cards with a smaller spread that are cheap to pick up at fair trade price are a strong indication that the retail price could rise in the future. This means they are potentially good speculation targets since stores are so eager to get their hands on copies.

Other cards vendors don’t have much confidence in, or maybe just have lower demand for the moment, include anything that’s higher than 50% spread. Notables here include Jeskai Ascendancy, Sorin, Solemn Visitor, Hooded Hydra, See the Unwritten, and Butcher of the Horde – these cards could go up in retail price over time if demand rises but right now it would be better to trade these cards rather than buylist them due to the spread being so high. Stores aren’t selling enough copies, and until they do they will be paying less to stock their inventory with these cards than something like fetchlands.

Anything that is between 40%-50% should be watched closely for signs of lower spread movement. Cards like Siege Rhino, Anafenza, the Foremost, and Ashcloud Phoenix are good examples since they are popular Standard cards that are fairly cheap pricewise yet demand from stores is slightly lower for these cards for one reason or another (market saturation, local metagame, etc.). Having a somewhat higher spread means that you could trade them well now but could also potentially get good cash returns from buylist prices in the future.

Just because we can calculate the spread and look at the numbers objectively doesn’t mean crazy things don’t happen. After all, cards spike in price out of nowhere all the time and their spread from the previous days gave us no indication this would happen.

The spread is just one of many tools that you can use to help identify potentially undervalued cards. I’ve certainly used it in the past to great success, however there are certainly times when I see a low spread but I’m still not convinced that a card is going anywhere for one reason or another. Empty the Pits would be an example now. It’s played in Standard but only in control decks and only as one or two copies, so the demand is probably coming from casual players and the Commander crowd rather than tournament demand. I don’t feel that this card is going to jump big any time soon, so even though the spread is lower I’m not going all in on this card.

Spread is important, however other factors like local market demand, the current Standard metagame, new set spoilers, and past evidence of utility should all also be considered if looking for potentially undervalued cards.

Spread can definitely be one of the more powerful tools for picking undervalued cards because vendors aren’t playing around when it comes to buylist – they’ve also done their homework to set prices where they want them, and if a buylist spread is getting smaller and smaller it usually is only a matter of time before that card’s retail price rises as well.

ADVERTISEMENT: Tired of overpaying for card sleeves for your decks? CheapCardSleeves offers discounted prices and bulk packages on popular brands of sleeves including Ultra Pro, Dragon Shield, KMC, and more! Bulk orders of cheap card sleeves include free shipping to the US and they also offer flat-rate shipping for smaller and international orders. Next time you’re building a new deck, or a cube, save yourself money and get your magic sleeves from CheapCardSleeves!