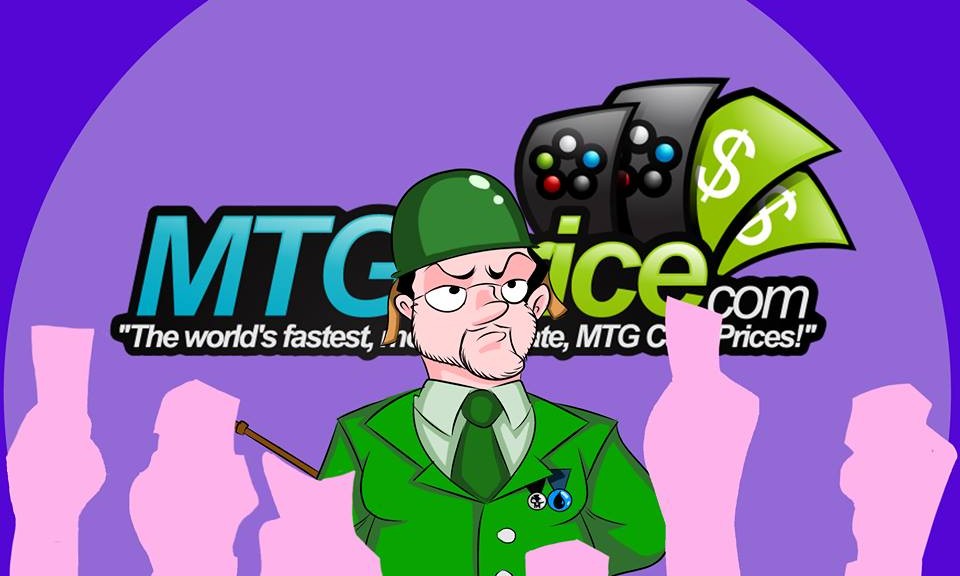 I’m back. I don’t know how many people have been waiting for my next update but work got in the way. So much has happened in the magic world since I’ve been gone. The time spent away has taught me really how fast the finance market changes. Without much opportunity to trade lately I wanted to give a recap of where Legacy Hero stands and what I’m going to try and do in the near future.

I’ve had the chance to read a few things magic related while waiting to board a plane but generally, I needed the sleep more than the in-flight wifi. I missed pre-ordering any Fate Reforged but I’m not too upset about it. I try and avoid pre-ordering things in general. The Jace effect is real. (If you’ve not heard this term before, then: remember Jace, the Mind Sculptor? It wasn’t always such an expensive card. In fact, at release you could pick up copies at prices that now seem unbelievably low. But of course once people figured out how good Jace really was (coupled with being a second-set mythic with reduced supply from drafting due to A) the following third set being standalone and B) ZEN/ZEN/WWK being a miserable draft format), the price went through the roof. A lot of people felt very foolish for having sold Jaces so low. And so now, out of fear of missing “the next Jace”, pre-order and release-day prices of planeswalkers tend to be significantly inflated, with planeswalkers who have even a hint of play-ability being ludicrously inflated.*) Looking at the spoilers of Dragons of Tarkir so far I want to believe that the new Narset is going to fall into the same trap, but I’ve been wrong plenty in the past.

I don’t really play standard so I don’t have a pressing need for any of the new cards for a deck. However, I always manage to draft. A lot. Drafting gives me a great chance to get the cards I want without having to spend the money on singles.Spending the $12 on a draft that is going to entertain me for the day is great. My regular draft group doesn’t even play constructed. A couple of them play EDH but that doesn’t change the opportunities available for me to make a little profit. Having this kind of play group gives me a little bit of an advantage since (financially speaking) they’re only looking for another draft. But that only helps me if I’m there.

I haven’t played a game of magic in a while. I don’t know how many of you travel for work but if you do and you find yourself with a couple hours to spare, don’t try and use the Wizards Store Locator. It’s terrible. I tried chasing down a couple of stores but they either didn’t exist or Google Maps is the worst creation ever. Could be both. I did manage to stumble across one bookstore that used to sell magic but it had fallen out of favor with the locals. Normally, this is the opportunity that I would pay for. Being able to dust off a stores collection that hasn’t seen the light of day in god knows how long is how urban legends are born. This isn’t one of those stories. I spent an hour sifting through 8th and 9th edition bulk without finding even a Choke or Kird Ape. (In hindsight I passed on some Summer Blooms but Amulet Bloom hadn’t surprised at the Pro Tour yet) I did find something that was pretty neat. The older guy behind the counter said he had a small box of loose booster packs. He had a couple packs of Planeshift, a pack of Apocalypse, two packs of Betrayers of Kamigawa, and a open starter deck (but the cards were still sealed) labeled “Rattennest.” I don’t speak German but I knew that this was the theme deck that had Umezawa’s Jitte in it. His asking price was $40 for the box of packs. After a little negotiation I walked out of there paying $25 for

2 packs of Betrayers of Kamigawa

I can probably sell the theme deck on eBay for $50 and the packs I should get an average of $7 each for a total of $85 so roughly $50 profit after fees. I need a Jitte for the Stoneblade deck but I prefer to play competitive magic using non foil English cards though, so I will be selling the deck as a whole. That way I can profit and hopefully trade for a beat up English one.

Originally this article was going to be sort of a State of the Union type article because of the time I’ve been away until I reviewed my last few articles. Seems like they cover things pretty well. I mentioned that I was going to talk about trading outside the US but after looking over my notes, I realized that the topic is too deep for this installment.  It really deserves it’s own article entirely.

I was asked a few times recently about how I make ‘money’ with this and how I expect to trade up for the expensive cards like dual lands and such with ‘specs’ and nickel and dime stuff. I even received an email telling me that this whole Legacy Hero endeavor is a big waste of time. I’m not going to paste the whole email here but I will address a few of the legit points that were raised. I’m paraphrasing the points to clean things up.

“By the time you get the cards(if you even do) the deck you’ve built isn’t going to be relevant to the meta.”.  This would be a legitimate issue if I was married to a specific deck list. I’m pretty sure that I’ve mentioned before that I’m building a specific archetype, not a specific list. The archetypes in legacy are pretty consistent. The core of the decks are the same. Of course I will tune the deck based on the current meta. Yes, the original deck list(s) that I’ve posted are outdated due to the banning of Treasure Cruise but that is okay. Stoneblade isn’t going anywhere anytime soon.

“What makes you an expert?” I’m not an expert. I don’t earn my living buying and selling cards. I’ve been subsidizing my personal magic endeavors using ‘magic finance’ since I met one of the best in the business, Ryan Bushard  some years ago and listening to what he had to say. He introduced me to the very core of of mtg finance and that foundation literally changed my world. I don’t think I can ever thank him enough for everything he’s done for me. I could probably write an entire article singing his praises but you guys aren’t interested in that. That chance meeting led me to the man I call the Godfather, Jonathan Medina. I didn’t get to pick his brain nearly as much as Ryan but he really drove home the lesson of ‘Take your money now’ instead of the natural impulse of waiting for that last dollar. The tips, tricks, and tools these guys showed me a side of things that gives me an edge over the average guy in the shop but I don’t hold a candle to the true experts.

I want this whole series to show people that an average guy can do the things you read about on social media or hear about at the IQ. I want to show that I can grind my way into a legacy deck and you can too. Medina’s FNM Hero series is where I got the idea for this project. I was talking with another legend of the past, Mark Sun once upon a time about getting more people into legacy and his idea was to showcase budget legacy decks but I thought that the Legacy Hero concept was the way to go. Showing everyone the that the grind is possible will get more people on the bandwagon.

“If you already have the cards, why are you trading for them again? Why would anyone trade with you to help your legacy deck? ” I guess this is as good of a place as any to tell everyone that when I sent in my original submission to mtgprice.com I had planned on giving the deck and leftover trades away to someone that deserves it. The details of this will be announced later on but just know that this whole project will end well. It isn’t about me here.

That’s all I have for this week. Thanks for all of the feedback. I like to think that I was missed but I won’t be taking any extended breaks in the foreseeable future. This weekend will be my first visit to my local shops since I’ve been back. I hope to have some awesome trades to tell you guys about next week. I will be spending my store credit with Channel Fireball this weekend so I can try and turn that into some value. Anyone interested in buying/trading for a German Rattennest Theme deck, give me a shout.

Thanks again for reading!