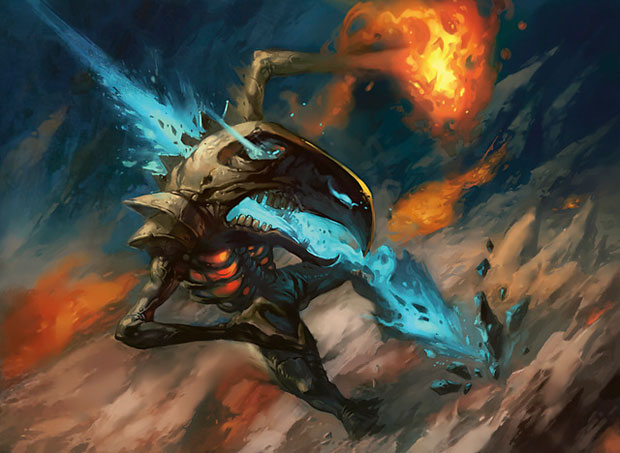 
When you’re sitting there, sifting through those bulk collections that I know (almost) all of you are buying throughout the year, one of the key types of cards that you should be looking for are uncommons. Yes, commons are important too in these bulk searches for treasure, however the uncommons are going to be what surprises you most in terms of value when you go to cash out your findings to the highest paying buylist.

My goal today is twofold. First, I’m going to quickly review what the most valuable uncommons are that you should be looking for when sifting through the bulk of bought collections. Most of these cards will be obvious, but I’m betting that some of them might be a surprise.

Then, I’m going to take this a step further and point out which foils you should also be looking for. Foils, as you’ll find, are quite an interesting market, and the amount of a play a foil receives in Modern, Commander, Legacy, or even Vintage could drastically alter the price. Many of the uncommon foils that I’ve found are actually are individual buylist line items despite their rare use, and you want to make sure that they aren’t being accidentally thrown in with the rest of bulk foils. Albeit, not that many collections will have a large amount of foils, especially foils that are from older sets, however foil picking shouldn’t be discounted either. Now is as good a time as ever for checking to see which uncommon foils are demanding the highest buylist and eBay prices in the market.

With that out of the way, let’s review the nonfoil uncommons that are valuable to see if there might be any surprises in there.

No suprise that Aether Vial, Top, and Duel Deck Demonic Tutor are at the top of the list. Essential staples in their respective formats, they carry the highest eBay price and buylist prices. Arbitrage is particularly close on Aether Vial – I could see this one jumping in price in the near future, especially with the next wave of Modern tournaments coming up early next year.

Shardless Agent, Enlightened Tutor, and Cabal Coffers are all great uncommons with a ton of casual appeal. Shardless Sultai seems to come in and out of favor in Legacy, so there is demand there for the Agent but I think that is mainly coming from casual players. Enlightened Tutor and Cabal Coffers are still $10 even with reprints, which bodes well for their futures. I expect we’ll see reprints of these cards soon enough, but even with a reprint I could see them do a Ghostly Prison and still stubbornly maintain a price above $5 due to the “discovery” effect where newer players who just started playing the game see their power and move to pick them up for Commander.

Mishra’s Bauble still surprises me – where is this played again? If anyone picks up a collection with Coldsnap, look for these guys among the bulk. Sterling Grove is another uncommon that is valuable to vendors especially since the Daxos deck, though lacking green, could sway players to start creating enchantment based decks with green in them since Magic’s history is full of great green cards that support enchantments.


Mother of Runes has a high eBay but low buylist price, which indicates to me that the eBay price is going to start going down. Mom’s should be traded to players looking for them, as buylist is fine for this uncommon but you will get more bang for you buck if you move them over a medium like Pucatrade.

Ancient Ziggurat, Footsteps of the Goryo, and Guttural Response are the final uncommons I would like to mention. These uncommons are surprisingly valuable due casual and Modern appeal. Footseps and Response have their niche in Modern, while Ancient Ziggurat has a huge casual appeal and is an uncommon with only one nonfoil printing.

All in all, I don’t think you guys will find this uncommon list that surprising. Let’s move on to the foils, which are certainly more interesting.

Right away, I’m sure you noticed that this list is waaaay longer than the previous list. Suffice to say, there are plenty of foil uncommons that have gained value over the years. We see that Goblin Matron is currently commanding the highest buylist price – even with Top being sold at $110 eBay, Matron still eeks it out by a margin of $6. Bare in mind, this is one vendor who is offering the noted buylist price, so for other vendors the buy on Matron could very well be lower. Still though, it shows that the demand for foils is a totally different market than nonfoils since Matron didn’t even show up on the nonfoil list!

So, apparently foil Choke is being sold at $80 on eBay! This is crazy to me, as it is a purely sideboard card that will almost certainly be reprinted at a future date. This indicates to me that unless you’re playing a totally Russian foiled Merfolk, maybe you should consider moving this foil…

Foil prices drastically reduce from there, where most are $30 each or lower on eBay. The obvious outliter here is 9th Ed. Urza’s Mine, but the eBay data is skewed since the buylist is only $25.

Aven Mindcensor is still a sought-after foil, being present in both Legacy and Modern in D&T and Hatebears builds. With only one printing in Future Sight, I don’t see this foil dropping until a reprint in a Modern Masters type set.

As we move down the list, we start seeing strange foils such as Boil, Crypt Rats, Serra Advocate, Reprisal, Mistveil Plains, and Breath of Life pop up. Did you guys even know these cards existed? Well, if you have foil copies then someone out there is looking for them, and finding stuff like this in collections is always a treat.

Some interesting eBay foil prices include Izzet Staticaster, Sustainer of the Realm, Blood Artist, and Victimize. All of these on eBay are being sold at a fairly high price for a foil uncommon yet buylists are quite low compared to eBay prices. This tells me that players are seeking them, but stores aren’t – probably because they are very hard to move. Cards like these should probably be sold at eBay or TCG since even after fees you are going to get more for them than you would just outing to a buylist. Something to keep in mind in case you come across a few of these types of uncommon foils.

I’ll be using these lists in the future when looking through collections, to try and maximize the amount I can get out of them. I hope you guys find the lists useful as well, since there are plenty of eye popping numbers in the data especially concerning uncommon foils.

Let me know if I missed any uncommons from recent sets, nonfoil or foil, that you have your eyes on for value moving forward. I used the MTGPrice ProTrader data collection methods to aggregate this data, so if you become a ProTrader you too can get easy, current access to this data at your fingertips.

One thought on “Uncommonly Valuable”