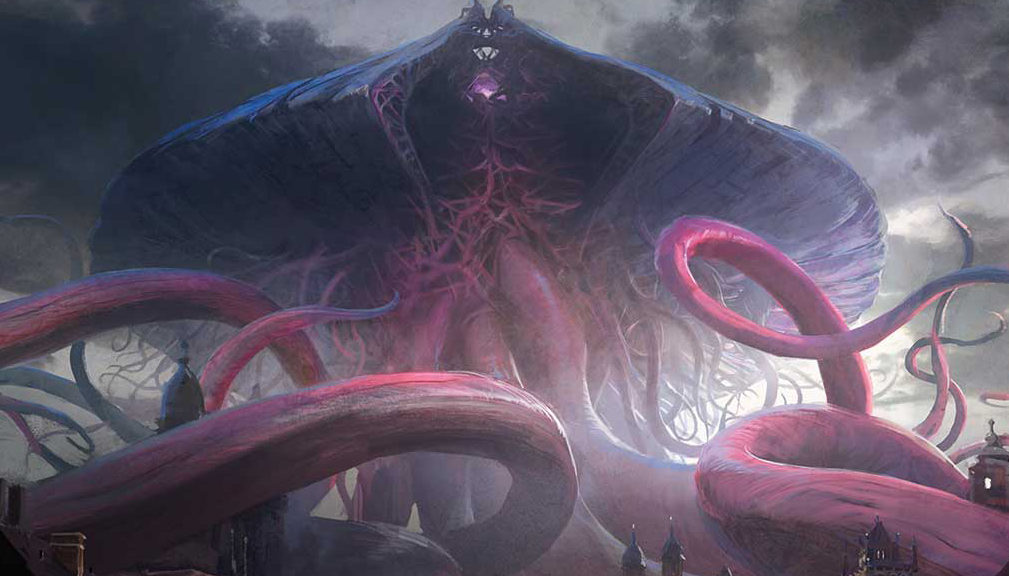 *Ding ding ding* It’s all over folks.  I bring to you, the back to back StarCityGames.com Open series champion, Boros Humans!  While this deck has been piloted both times by the Boss of aggro himself, Tom Ross, it is clear it’s a contender to win any large tournament.  I’m going to go out on a limb and assume that Tom Ross doesn’t build decks with a shoestring budget and his card choices are just because they are the best.

The entire main deck of Boros humans costs approximately the same amount as a playset of Archangel Avacyn.  When was the last time you could spend $100 on a main deck that has won two SCG Opens?  In fact if you wanted to skimp early on Gideon, Ally of Zendikar and Secure the Wastes you can build the whole sideboard for less than $13.  This deck is an insane amount of power for how cheap the cards are. 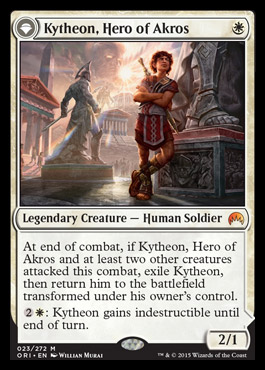 The main deck only contains 11 rares that will rotate in the fall.  Kytheon, Knight of the White Orchid, and Battlefield Forge are the only causalities and it’s unlikely to really cause that big of a drop off in the deck.  We’ve already seen strong green and blue human strategies that can pick up some of the slack of the rotating cards when Kaladesh comes out.  It’s important when you have a small budget to spend on Magic to pick a deck that the majority isn’t rotating soon.  That makes it a lot harder to keep up with the game when you need to buy a new deck every 6 months.

Don’t have $200 to drop on a new deck right now?  No problem.  You can buy the bulk of the commons and uncommons for a few bucks and focus on the chase rares as you can.  I’d strong recommend getting the Shadows over Innistrad rares first because those are the best investments long term.  When building decks that are not “quite” to spec it’s always best to get the newest cards as they will last you the longest.  Thalia’s Lieutenant, Always Watching, and Declaration in Stone are all your army of 2/1’s really need to rattle off a few big wins.  Getting them earlier will greatly increase your win percentage at local tournaments. 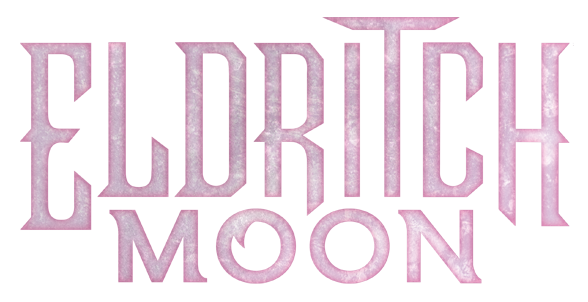 We got some spoilers yesterday, let’s talk about them. 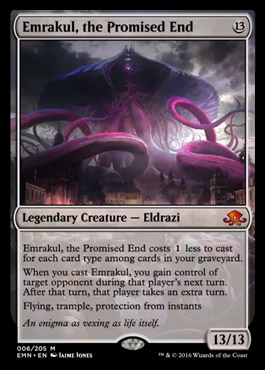 13 mana 13/13 on the plane known for it’s love/hate relationship with 13? Triskaidekaphobia indeed.  Ok let’s break down this card to see it’s financial relevance.  Currently in Standard there are 7 card types (Enchantment, Planeswalker, Creature, Artifact, Land, Instant, and Sorcery) so best case scenario this will cost 6.  The power and toughness alone makes it a bargain at 6 mana but more likely it will cost 8 to 10 mana.  Still not bad for a 13/13 creature with Flying and Trample.

The next important thing to realize is protection from Instants is especially good at keeping it alive for your opponent’s Mind Slavered turn.  Many people have pointed out that Stasis Snare gets a lot better because it is an answer that you can play at instant speed that is not actually an instant.  At three card types in your graveyard, Emrakul becomes a lot like Ulamog in terms of stabilizing and winning the game.  She’s larger and flies and has the potential to cost less mana but has more trouble killing permanents that can’t kill themselves or aren’t creatures.  She kills similarly fast (two attacks) to Ulamog and has some build in protection (Protection from instants).  I’m not honestly sure which is better.

If you’re trying to kill someone with damage (say with a Nahiri) then the 13/13 flying trample is obviously much better than a 10/10 indestructible.  All I can say at this point is it’s not clear cut which is better. 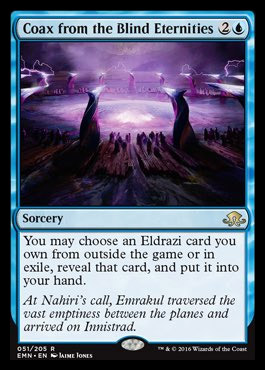 So this is the new Spawnsire of Ulamog?  It’s rather lackluster and will likely end up a bulk rare.  The only thing I will mention is that this wish is not templated like the other wishes from Judgement or Future Sight.  The older Wishes were originally able to pull cards from exile because it was called the “removed from the game” pile at the time.  This card functions the same way as those cards used to.  It will allow you to coax Emrakul out from a Stasis Snare or bring an Ulamog back that had been exiled by Nahiri. 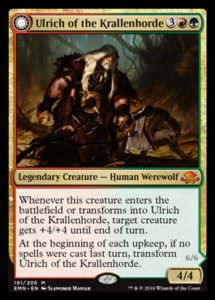 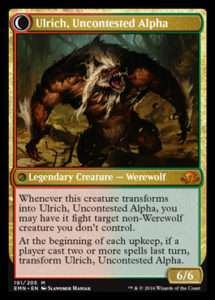 Ulrich is a really interesting card.  It’s the new Huntmaster of the Fells in a way.  It rewards deck building that can flip the card back and forth.  Ulrich naturally synergizes with instant speed cards (like Collected Company and Moonlight Hunt) as well as cards that can find a use for your mana that isn’t casting spells (like Duskwatch Recruiter and Eldrazi Displacer).  This sounds like he could be a good fit for a more aggressive Collected Company style deck but it’s hard to top Reflector Mage’s power level.  We need to see more cards from Eldritch Moon but there is definitely potential for him to be a Standard power house.  I’m also cautiously optimistic in his ability to combo with Commune with Lava.  It allows you to pass the turn to flip him and then cast 2 or more spells on your next turn to flip him back.  But again, it’s really hard to make any real predictions until we’ve seen more than 3 cards.

10 thoughts on “Grinder Finance – Building on a Budget & Eldritch Moon”