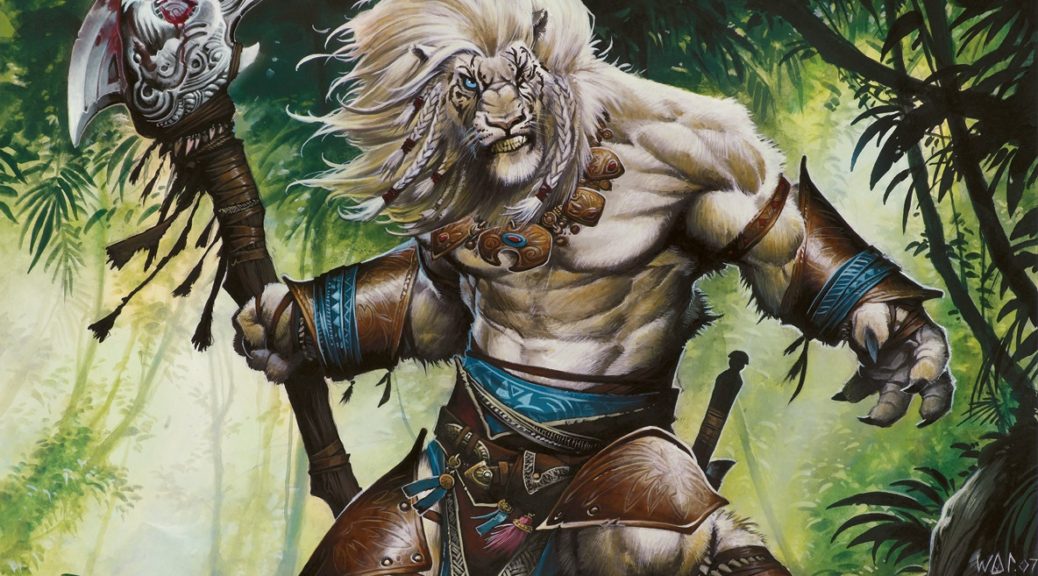 Tom Ross, fan favorite, gave viewers yet another deck to be excited about this weekend. In a departure from the typical GR build, he showed up to to the SCG Modern Open with GW Tron. It looks much like the GR build, with only a few small tweaks. He’s ditched the Pyroclasms for Path to Exiles, likely as a response to the more singular and/or recursive threats of Shadow Zoo, Infect, and Dredge. Two World Breakers snuck in alongside two Ugin, the Spirit Dragons, and other than that, most every other card in the main deck is familiar.

His largest departure from the standard Tron world is that, because of the color shift, he eschews Grove of the Burnwillows for Razorverge Thicket instead. Razorverge Thicket has quietly been climbing in price and popularity in Modern for quite some time, as Melira, white Tax builds, and various Collected Company decks all employ it, as well as a smattering of other strategies. Grove of the Burnwillows was an expensive and prohibitive card in Tron, and switching it for Razorverge Thicket is going to open the door for more players to get in. Not only will players looking to pick up this build of Tron need copies, it also validates selection of the land in other strategies when players wonder what GW land they should be using.

Razorverge is in the $7 to $8 range today. We shouldn’t expect too dramatic an upward shift in price just because of Tom’s success, but this certainly provides a boost to a card that’s got the exact same supply profile as Blackcleave Cliffs, which hangs around $20 today. Razorverge isn’t played quite that much yet, but will it be within the next six months?

Another surprise deck to show up in the top 32 was Madcap Moon, placing 25th in the hands of Robert Graves. This is essentially a UR control deck that incorporates the Madcap Experiment/Platinum Emperion combo, which for the uninitiated, is a four mana sorcery which, if it resolves, “tutors” and puts a Platinum Emperion into play, handily protecting the controller’s life total. It’s far from a hard lock against the format, but strategies like Dredge are going to find it maddeningly difficult to beat in most situations.

Madcap Moon was running two Cryptic Commands, and it wasn’t the only deck in the room to do so. Kyle Boggemes’ Jeskai Flash was also packing a pair. Cryptic used to be a major component of Modern, falling by the wayside in recent years as Infect gained popularity, and has been further suppressed by other ultra-fast builds such as Shadow Zoo and Dredge. If Wizards ever pulls the handbrake on these strategies, say by removing Become Immense from the format, blue control strategies will be poised to come roaring back. Ancestral Visions has already started to crack into Modern, and slowing down some of the fastest decks in the format would make a lot of room for blue control strategies, of which Cryptic would be a key component. Add to this the printing of Torrential Gearhulk, who does a Snapcaster Mage impression in some cases better than the original, and you can see that the seeds are sown.

Prices on Cryptic have fallen hard over the last several years, with a second reprinting in Modern Masters 2015 dragging the card all the way to $20. This is a historical low for the card, and with any renewed interest in blue control in Modern, expect prices to climb convincingly towards $30 or more.

Razorverge Thicket was the one standout card in a re-imagined familiar archetype. Cryptic Command is a once-powerful tool that is beginning to peek its head out in blue control strategies. Collective Brutality is neither of these. Instead, it’s a cog in any number of machines. Dredge. Grixis Delver. Jund. Lantern Control. Mardu. Kiki-Chord. And that’s just what showed up in the top 64 this weekend. Whether you’re aggro or combo or control or somewhere in between, chances are being brutal works for you.

Collective Brutality’s appeal comes from the fact that its escalate cost doesn’t cost mana, but rather, asks only that you discard cards. This is a harsh penalty for some strategies, but for others, it’s at least manageable, and in others, pure upside. I wonder how often Dredge gives their own creature -2/-2 just so that they can discard another Golgari Grave-Troll. Given how popular this is with so many disparate strategies, it’s unlikely this won’t be useful in Modern for a long time to come. People are always going to want to shovel cards into their graveyard, and Collective Brutality is always going to be happy to let them.

Brutality’s price jumped from sub-$2 back in late August to over $4, and has steadily ticked up to $5 or $6 today. It was printed in Eldritch Moon, a small set followed rapidly by both Conspiracy: Take the Crown and Eternal Masters that lacked the Masterpiece Series that was found in both neighboring blocks. These factors position EMN singles to reach higher prices than either Battle for Zendikar block or Kaladesh block. We saw Kolaghan’s Command hit $15 within a few months of release, primarily on the back of its Modern play, and it’s not unreasonable to think that Collective Brutality could manage the same thing. Make sure you collect your set before prices become brutal.

We saw Ajani show up in exactly one top 32 list this weekend; Sun and Moon, which takes its name from playing Elspeth, Sun’s Champion and Blood Moon in the same deck. (Yes it’s a bad name, not because it doesn’t tell you what the deck does, but because it’s named after a card that isn’t in the deck.) It’s a RW control deck that also uses a full set of Chalice of the Void in the main to eventually lock the opponent out of playing much Magic, and Ajani plays a bridge role in stymieing mana, zapping threats, and gaining life while working towards a game-ending ultimate.

He showed up last weekend too in Ari Lax’s Restore Balance list. We didn’t see any of that this weekend, but we know it’s on the radar, and we know it played several Ajani, much to the same effect as Sun and Moon. That particular strategy likes its planeswalkers, as they persist through balances.

Ajani Vengeant has three printings to his name; his original release in Shards of Alara, a Duel Deck release now over five years old, and the prerelease promo that was given to everyone that showed up to a Shards of Alara prerelease event. Relative to most popular Modern mythics, such as Liliana of the Veil, this is a small volume of product.

Prices on Ajani haven’t moved yet, and we shouldn’t expect that to happen rapidly. With Modern Masters 2017 on the horizon, it’s possible his price will freeze in place as people wait to see if he shows up in the “returning planeswalker that isn’t the one people are getting excited about” slot. Still, he’s seeing more play today than he was a few months ago, and with Nahiri, the Harbiner pulling hard for RW to appear as a color combo in the format in a way it didn’t before, Ajani may be poised to start sneaking north to $20. Keep an eye on the best planeswalker people forgot about.