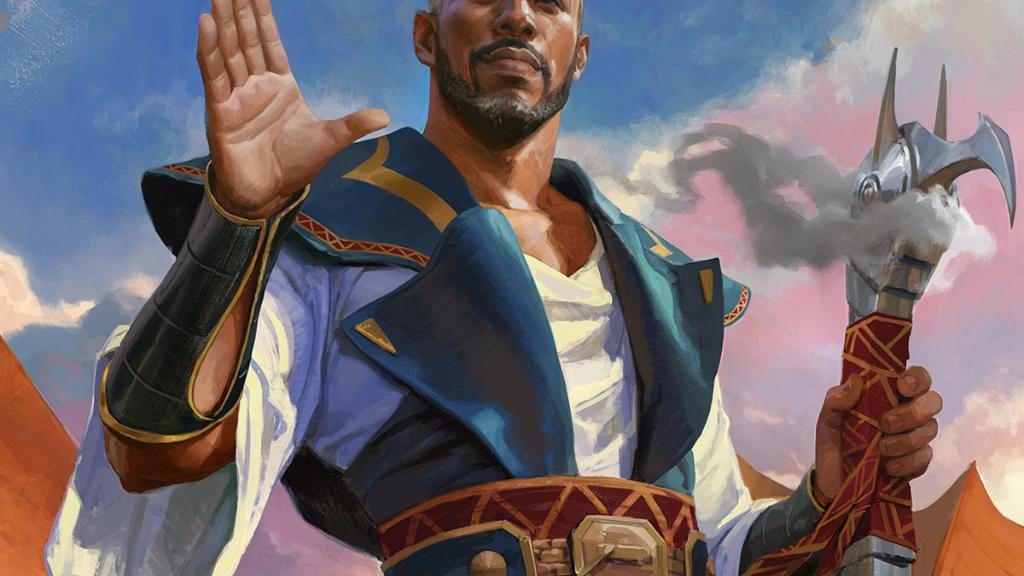 The Core Set is in our hands, and so far it’s playing out like a Core Set should, not heavy on synergies and such but still relatively fun, at least in the beginning.

With the focus shifting away from Dominaria, it’s time to look at this awesome set and figure out what we are picking up now that supply is at its maximum. We might get a little more coming in, if people get burned out on drafting M19, but that wouldn’t be enough to move the needle.

I’m trying to keep the focus on non-Standard uses for cards, as the timeline for Standard spikes is kind of rough–you have to hit it big and get rid of it pretty fast.

Gilded Lotus ($3 regular/$9 foil): For the sake of comparisons, here’s the other prices of this card:

See a disconnect? I’ll give you that Dominaria was opened more than the other sets combined. I’ll also be happy to give Mirrodin the premium of being the first printing, or that FTV foils are ugly as sin.

My counterpoint is that the card is the #20 artifact on EDHREC, and is in nearly forty thousand listed decks. That doesn’t even cover the sheer number of people who put this into their casual decks, either.

Put it all together and you have a card that is underpriced in foil and nonfoil, and while I think foils are the safer bet, I wouldn’t take issue with you buying a stack of nonfoils and just being patient.

Weatherlight ($1.50/$8): With a foil multiplier that large, it’s a sign that people are buying up foils faster than they are the nonfoils. And why not, since it’s a mythic? I think what’s going on here is that people are using casual decks to tell the story of the Weatherlight (don’t ask me who the Commander is. Jodah? Has to be five-color.) and this is a necessary piece. The card is not very powerful, which is why it’s cheap, but a foil multiplier of six (as opposed to the 2-3x I’m expecting) means the demand is real.

The Antiquities War (75¢/$5): This is popping up in some artifact-based builds in Standard that are only good until rotation, but again, look at the foil multiplier here. People are snapping this up in foil a lot faster than the nonfoil.

Frankly, this is true for most of the Sagas, with Song of Freyalise almost the biggest at about 7x, and the rest at about 5x, with the exception of Standard-popular History of Benalia at only 2x.

Special mention: Foils of The Eldest Reborn have a multiplier of about THIRTY-SIX. Nonfoils are a quarter, foils go for $9. I don’t know how much growth is possible on that particular one, but the card is mega-sweet in Commander, and the art is ridiculous. So much so that I bought a huge print for my classroom!

The data tell us to buy foil Sagas now. I’d stay away from History for now, but dive into the others gladly. They are niche, sure, but remember that niche decks can be among the most fun to build. There’s long-term money to be made here. Foil Sagas seem super-safe, as they are unlikely to be added to a Masters set soon.

Oath of Teferi (50¢/$4): Buy all the foils you can at this price. I’m not even kidding–this is a lock because it’s arguably better than The Chain Veil. It’s not a mythic, true, and the Veil is from a while ago, but this card is probably the one that the superfriends decks want most in the opener. You can even get this in the four for $10 range, and that’s just a gift to your future self. Doesn’t that delightful person deserve the gift of some $15 foils? Buy now, put away, and thank me later.

Karn’s Temporal Sundering (50¢/$5): The Legendary Sorceries are mostly unappealing, given their constraints, but extra turns cards are something that players are always going to want, especially because new ones tend to exile themselves. Picking up relatively cheap foils now is a winner, because this has a bright future.

Mox Amber ($10/$40): Six weeks ago, I said that I’d be in at $10/$30, and we are here. I am a fan of this at $10. I would like the foils to be a little more reasonably priced, but it turns out that a surprising number of people like playing this in Commander. I’m not among them, but I respect the effect that it’s having. You’re unlikely to have this hit in Standard, but Modern is eventually going to break this card.

Lyra Dawnbringer ($13/$30): For a card that started out ridiculously strong and who tops an impressive tribal curve (Resplendent-Shalai-Lyra), she’s fallen quite a distance. There’s some risks here: She might never be good in Standard again, and the other Constructed formats are not homes for her. She might be in a Challenger deck in the spring. She’s only got a year till she rotates.

There is a world in which she spikes to $30 or $40 again, but it’s more likely that she stays in the $15 range and you never make any money. The worst feeling is buying at $15, seeing her bump to $20 and knowing that you’ll have a really hard time making that $5 a copy back. I would stay away from Lyra, even seeing what she’s fallen to.

Cliff has been writing for MTGPrice for five years now, and is an eager Commander player, Draft enthusiast, and Cube fanatic. He’s the official substitute teacher of MTG Fast Finance, and if you’re going to be at GP Sacramento, look for the guy under the giant flashing ‘Cube Draft’ sign and he’ll have you drafting in no time!

One thought on “Dominaria at max supply”