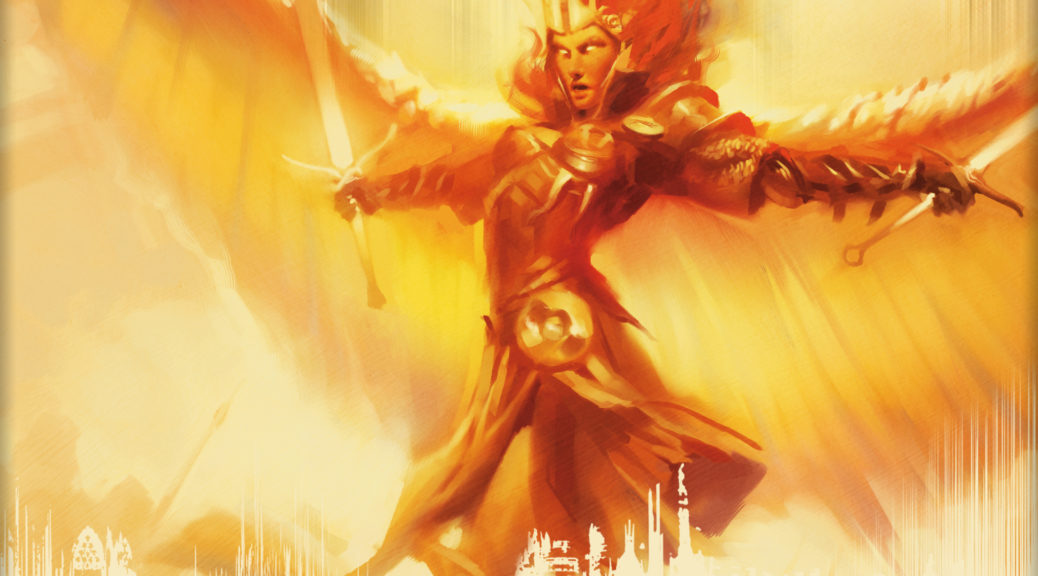 Vengevine hit $80 for a brief moment over the weekend, in the midst of hype.

I wish that sentence was a typo, but there it is.

I feel like there’s a few specific rules that should cover future specs of mine. I’m not going to go deep, but walk with me while we look at what makes this worth all the money, and see what cards also match the criteria.

#1: Supply is low due to age, not popularity.

Vengevine had more than jump to get to the $20 price it was at, sometimes appearing in Dredge lists. It was a WMCQ promo, but that number is probably pretty small. A mythic in a big set, one of the most fun draft environments ever, with a lot of other big-money mythics and rares.

There’s a couple of clunkers at mythic in the set (Hellcarver Demon!) but it’s solid and it’s a blast to play. Removal was bad, creatures were huge, and incredibly, drafting Walls was a viable plan. Unsurprisingly, the packs and boxes are super expensive, so cracking those for value isn’t really a solid plan.

The point here is that the set is old and highly opened at the time, and Vengevine wasn’t in a lot of casual hands in the first place. We didn’t have all that many copies as a mythic from this era of Magic anyway.

#2: Multiple copies are good, so no legends.

This isn’t a hard-and-fast rule, as Thalia, Guardian of Thraben is a four-of in the most popular Modern deck right now, because she’s that good and costs that little and has that much impact. However, it’s pretty rare for a legendary creature to have a breakout weekend, and so I won’t be considering those in this trip through time.

#3: It does something uniquely powerful, or difficult to replicate.

Vengevine does something no other card in Magic does, even if you have to jump through hoops to do it. We have no shortage of cards that come back from the graveyard, but this pays you off right away. Bloodghast only has haste later and is easily blocked. Prized Amalgam comes in tapped. Narcomeba has to be milled, is small and slow to boot.

So what I’m looking for is older cards with a small supply, are non-legendary, and do something really well. Preferably, they are cheap in mana and not yet expensive to purchase. Let’s get to it!

Mindbreak Trap ($10 regular/$35 foil): I don’t think that someone would have four of these, but there are Goblins decks in Legacy playing three in the sideboard. It makes a lot of sense, but in that format, Force of Will is an easy answer in game 1, but in game 2, when the storm deck thinks it’s goldfishing? GOTCHA! Who expects counterspells from the little red guys? (Note: Warren Instigator is intriguing and fits all the rules, if you want to soak up the DD copies at $3.)

Hero of Oxid Ridge ($1/$3): We don’t have a red aggro deck per se in Modern right now, Burn mostly fills that up, but I’d forgotten how backbreaking this card is. Plus, it’s super-mega cheap at the moment. It’s a small-set mythic, you’d play four, price is low. A prime target to buy eight foils and put away patiently.

Mirror-Mad Phantasm (50¢/$1.50): I’m including this because it’s a way to mill your whole deck if you can get it into play. It’s cheap and unique and just because I don’t see how it gets broken isn’t the point–we’re speculating on cards that do stuff no other card does.

Misthollow Griffin ($1/$6): We’ve got a third creature now that can be cast from exile, and all of them are good specs in foil. There’s only 40 foils of Eternal Scourge on TCG right now, for that matter. This one is the oldest of the three, and the only mythic, and in my favorite bit of tech, you can exile this to pitch Force of Will and cast it when you’re ready. A solid spec in foil.

Epic Experiment (25¢/$2): I’m including this because it’s super-mega-cheap. I am in no way saying it’s good, but it fits all the criteria of some other card coming along and suddenly this is the most broken-ass card in existence.

Enter the Infinite ($2/$9): There was one brave player, Matteo Moure, who showed up at PT25 with an Omniscience/Show and Tell deck which included four Burning Wish and among the spicy targets in the sideboard was a super-tasty twelve-mana gem of a card. Not many play this in Commander, but being part of a fringe strategy can really pay off. This would be waiting for some spell or effect that enables foolishness, but that’s what these specs are. Imagine a four-drop that says “Exile a card from your hand: Cast another spell in your hand with the same name without paying its mana cost.” Will it happen? Possibly. That’s why these are pure speculation.

Aurelia’s Fury ($1/$4): They tried so hard to make this good in so many ways. You assign X as you want. Tap them if they didn’t die. Hit players, and then those players can’t cast noncreature spells this turn! This fits all the criteria I’d want for this sort of spec, though, so just because it’s not currently blowing things up, I’m not worrying about that. I’m just being patient until someone casts this on camera during someone’s upkeep to tap the team, and then attack for the win.

One thought on “Myths of the Past”