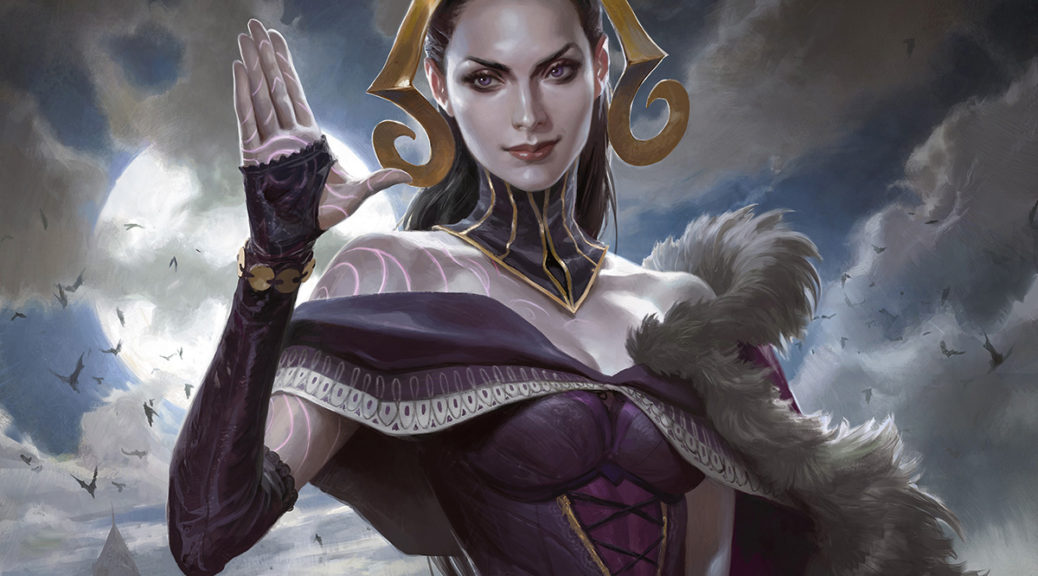 If Grand Prix Prague accomplished anything, it was letting us all know that Modern is still a vibrant format ripe for disruption. Hardened Scales Affinity did well last weekend, and it secured another top 8 in Prague, which is roughly the amount of success you need before the deck is worth considering beyond a statistical aberration. I can’t promise you that it will gain mainstream traction, but it’s cool to consider at least.

UW Control was all over the top 32 slots, with Jace and Teferi teaming up in something I imagine DeviantArt will reimagine as a hunky buddy cop duo. While they couldn’t crack the final tables, 8 of the 9th to 32nd place decks were some form of the UW control deck featuring the pair. Control decks by their very nature need to shift and evolve to meet the threats of the weekend, though there’s typically a core of cards that gives the deck its power. Jace and Teferi may be that core, and this may be the vehicle which delivers unto Modern the JtMS deck it’s been waiting for.

As I mentioned in the intro, UW control had a big weekend. At the helm of every instance of the deck was Jace and Teferi. The pair were what enabled pilots to gain a stranglehold on the game and lock opponents out of coming back. Jace has been dancing in and out of Modern since he was unbanned, and this may be the deck that cements him as a pillar.

Worldwake foils have been infinity dollars since forever, and the Masters 25 and Eternal Masters printings didn’t change that. EMA hit the scene at around $300, and after dropping off towards $140, jumped hard ahead of M25 (lol) and has settled right around $200. M25 copies, meanwhile, started just over $160 and have dropped as low as $140 in some places. This means that today, right now, there’s about a $50 price difference between the M25 foils and the EMA foils. Can you think of any reason why the M25 copies are less desirable than the EMA oens? Because I can’t.

The elephant in the room on this is the FTV: Twenty copies at $75. The thing is, we can pretty much put that to bed now. Those copies are awful. They warp easier, look bad, aren’t as cool, whatever. Take your pick as to why they aren’t good. Those will sit closer in price to non-foils, while pack foils (from any set) will sit well higher.

Regardless of what happens in Modern, we should see this gap close, likely upwards. Additionally, I’d expect the foil prices in general on EMA and M25 copies to float north of $200, especially if we see UW control continue to perform well on the GP circuit.


Imprisoned in the Moon

No, this isn’t a Modern UW Control pick. If you take a look at the most popular EDH commanders this week, you’ll see both Estrid and Tuvix. Sorry, Tuvasa. (Estrid and Tuvasa together were 91 deck lists this week, one behind Aminatou and Yuriko.) Bant Enchantments was apparently a market that needed another serving, given how popular these two have been. This popularity is in spite of those two, since as commanders, they’re just completely flat and unexciting. Like, seriously. Tuvasa is just an absolute snoozefest.

Imprison in the Moon has been relatively popular in EDH since it was released in Eldritch Moon, with nearly 7,000 decks packing a copy. That’s strong adoption for a relatively new card. It’s going to keep increasing too, as it seems that there will be a surge in enchantment players over the next two to four months with more casual players taking their time to pick up the deck.

What I specifically like in Imprison the Moon that’s different from any other random enchantment card is that it’s blue. Many of the enchantment-matters commanders have been Selesnya or otherwise not-blue. Adding two Bant commanders that care about enchantments, and are good at caring about enchantments (albeit boring) means that enchantments going to be cemented in EDH as a more than just GWx. Anyone that was playing a GWx enchantment deck may find themselves migrating to Bant.

NM English copies are about $2 to $2.50 right now, with enough supply for a few months, but probably not much longer. Depending on how strong demand remains between now and January, I suspect we’ll see non-foi copies at somewhere between $5 and $8 by the spring. Foils are solid too, where you can find them at $5 to $7, but that well is much more shallow.

It’s not enough that Teferi has to take over Standard and begin positioning himself as a pillar of control in Modern, he’s got to find a way into EDH as well. His planeswalker card may not be positioned to manage that, but his Oath certainly looks like it will.

There are a few things EDH players love doing, and blinking permanents is one of them. Many of the best cards in the format are such because of their absurd ETB triggers, and blinking them lets you relive that excitement time and time again. Enter (heh) Oath of Teferi, which blinks one of your permanents on its way in. It’s a delayed blink too, which lets you blink, for instance, your Sun Titan, cast a wrath, then have the Sun Titan return at the end of turn. (Which then returns something you destroyed in the wrath, which then returns…)

That’s only half of it of course, with the rest of the text letting you go wild with planeswalker activations. Most planeswalkers are a touch underpowered in EDH, but when you start triggering them twice a turn, they make up for that quick. Add in additional support, like Hardened Scales, and you can find yourself putting four to six loyalty counters on a Planeswalker in one turn. It’s a build-your-own Doubling Season!

Oath is very new, so supply is still fairly deep, and EDHREC doesn’t yet reflect what I suspect is the true popularity. Give it a few months, and as players are slotting them into their Estrid, or Tuvasa, or Aminatou, or Brago, or whatever decks, you’ll see fewer and fewer at $3.