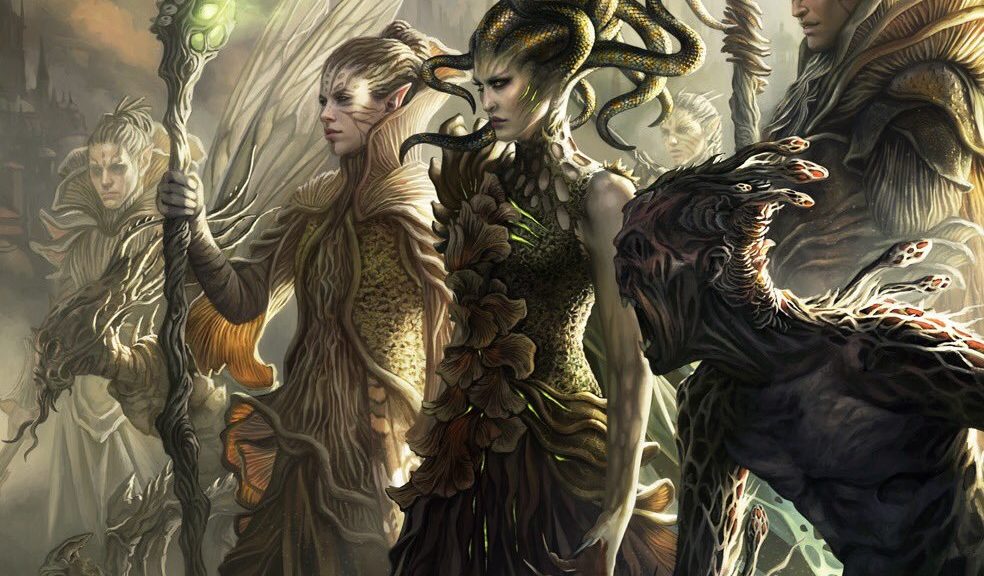 With no GP’s to check out, and the SCG website down for maintenance, we’re flying slightly blind. I do know that Jadelight Ranger has been bought out, with the only non-foil copies available on TCGPlayer right now Russian. I’m feeling pretty good about having written of a $7 to $15 spike in this space two weeks ago to the day. We’re in prime Standard Is Happening territory, so if anything you’ve picked up over the summer is going to move, now’s your best bet.

Guilds of Ravnica Mythic Edition fervor has settled, with sealed copies selling for between $400 and $450. I’d expect that to trend slightly lower for the next few weeks, as GP supply continues to hit the market. It could be quite a different story in February though.

A favorite general of mine, Sidisi makes for some great EDH games. Pouring out zombie tokens is gratifying, plus it lands directly within the “what we want EDH to be” bounds. Spew tokens, do cool things with/to them, try to recover from sweepers, and generally play interactive Magic. (Some people play Sidisi slightly different. They’re wrong.) Perhaps my favorite interaction in the deck is Mesmeric Orb, which not only supercharges your Sidisi, but annoys the absolute hell out of opponents, to the point that a T2 Orb has decked more than one opponent.

Sidisi is an awesome commander, but that’s not the only place she shines. Since Muldrotha was printed the deck has been remarkably popular, and I’ve no doubt we’ll see it in the top 10 of all time list next year. Sidisi is a frequent component of the deck, since it so often is trying to shovel cards into its graveyard. If you’re going to be doing that anyways, why not get paid for it?

Khans of Tarkir is sort of a breakpoint for MTG supply, and is considered a high water mark. Still, it’s several years old at this point, and time marches on. In fact, supply is quite low by now, with only a single digit number of copies left on TCGPlayer, and not many more elsewhere. Overall supply should be gone before Christmas, and when they start reposting, I’d wager we’ll see them between $15 and $20.

This little sneaker from Gatecrash, who first gained notoriety when he was flashed in against an opposing Jace, the Mind Sculptor activation in Vintage, has since been relatively quiet. He’s not the core of any particular strategy, though you’ll find him peppered all over the place in sideboards. He’s not a considerable thorn in the side of EDH players, though he’s in over 7,000 decks. Basically, he’s always around and doing things, just not aggressively enough that it feels like people notice.

Gatecrash foil copies were making good headway for awhile. They climbed above $10 briefly, floated around $6 for awhile, spiked to $25 just before Masters 25 for some reason, then dropped back down to $5 or $6. M25 copies have mostly just sat below $3 so far, as they’re so new.

Even with a printing just a few months ago, M25 supply isn’t excessive. We’re not talking 400 copies here. There’s only about 60 on TCG right now, and far fewer GTC foils. Snagging M25 foils for under $3 sets you up for what’s looking like solid double or triple up down the road.

Poking around Standard PTQs on MTGO, you’ll see Expansion//Explosion sneaking into plenty of main decks and sideboards. I’ll be the first to admit that I’m sort of bewildered by this. I guess you can T1 Opt, T2 counter, T3 Opt Epansion? I don’t know. I do know you’ll find it in virtually every control deck right now, albeit not as a full playset.

Yet, I’m seeing several good-opinion-havers talk about how they think there will be a time not long from now when we’re all having a good laugh about how we used to not slam four E//E into every control deck. That’s worth taking note of, for two reasons. One, control decks are virtually always in Standard, especially with Teferi hanging around. So if E//E is always in control decks, and control decks are always being played, then E//E is always being played. Two, control decks tend to be light on rares. There’s typically one rare or mythic that’s a core four-of (Teferi, Sphinx’s Revelation, etc.) and then a mountain of C/UC counters, draw spells, removal, etc. Often times there isn’t a lot of places to make money on those strategies. E//E, should it become a staple, would give the deck another card it could inflate the value thereof.

Of course, we already know there’s been something of a buyout on E//E. It jumped from $1 to the $3 you’ll pay for it just within the last week. What I’m telling you is that it’s not unreasonable that it could keep climbing up towards $10. Am I guaranteeing that? Absolutely not. Am I even strongly confident that it may? Nope. But I see it as a respectable possibility, with enough individuals remarking on its power level, that I’d be remiss not to bring it to your attention.