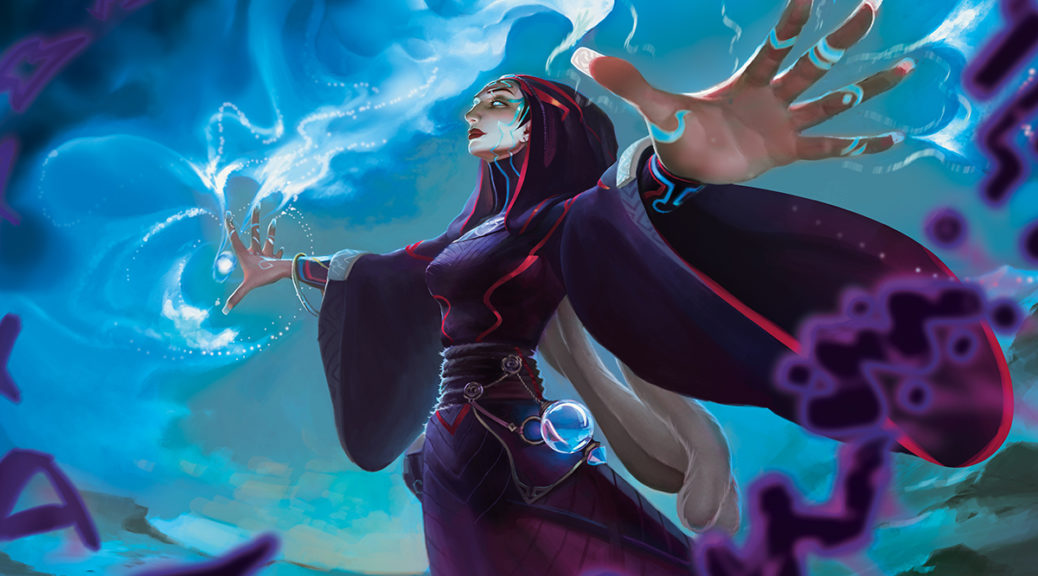 Late this past week we got our first taste of Modern Horizons. As far as card reveals went, one could apply the word “stingy.” Shown were Cabal Therapist, a card that undoubtedly tickled longtime Legacy players and Arrested Development fans, and Serra the Benevolent, a planeswalker card of Magic icon Serra. You know, from Serra Angel. (I’m admittedly underwhelmed by the card, but at the very least it invalidates the hell out of Worship. Which depicts Serra. Irony, or something.) Neither of these cards confirmed any mechanics, and at best told us two things: there may be a graveyard component to the set, and white has fliers. Difficult to make use of the insight that white will have creatures with flying. Rather, the truly useful information came in some of the other tidbits that were released.

That tidbit is the fact that every single card in Horizons will be new to Modern. It’s the inverse of this that we’re working with; if every card is new to Modern, it means no cards existing in Modern will be in Horizons. Which means no reprints. No reprints of Modern-legal cards in a set likely to inspire more excitement in the format than Modern Masters. Hell, barely less excitement than the announcement of the format itself. Furthermore, this is taking up the summer slot, which means no Battlebond or Conspiracy style set to sneak a few reprints into. Taken collectively, this is making existing Modern cards look real appetizing.

We’re starting with one of the biggest cards in the format, Mox Opal. Is there a card that costs more than Opal in Modern? It looks like just Jace. Liliana is close, but not quite there. Opal is an expensive card. Relative to Legacy it’s peanuts, where several format staples will run you a grand a copy. Still, a tough nut to swallow for aspiring, uhh, modernistas.

Well, I expect it to get worse. With no meaningful reprint venue this year, Opal is already ahead of the pack on dynamism. You’ll find it in both major flavors of affinity, Laternless, and a variety of other fringe strategies. No matter what Modern looks like, someone is going to be shoving a bunch of artifacts in their deck to take advantage of Opal. And now, as everyone gets excited about the format again, it’s likely there will refreshed enthusiasm for one of Modern’s most singularly powerful cards.

Between Scars of Mirrodin and Modern Masters 2017 there’s not a deep supply, and even shallower under $90. You’ll find a few sets, maybe? Then a few more up to $100, and then assorted beyond that. Without additional supply — and where’s it coming from? — Opal is poised to hit $150 this year.

Basically take everything I wrote about Opal and read it here too. It’s just short of being the most-played artifact in the format — that distinction is held by Aether Vial — showing up in a wide range of main decks and sideboards. And as the format gets lower, faster, and and more efficient, the value of Chalice rises, as a greater and greater percentage of spells in the format cost one or two, the ‘chalice numbers.’

I especially like Chalice because it’s unlikely Horizons is going to slow down Modern. Why would it? If they printed 250 cards that were a turn and a half slower than the existing format, the format simply wouldn’t change. No, they’re giving us some juice, and unless this release is paired with a B&R update that takes fifteen cards out of the format, it’s only going to pull decks closer to the ground.

Which is a disappointment, really. When Modern began you could attempt some truly ludicrous crap, and it was fine, because everyone was running around trying to win with Endless Whispers or whatever. Those decks were never good, mind you, but at least you could try them and they didn’t seem so offensively bad that you felt the need to use anime sleeves just to draw attention to an even greater atrocity in an attempt to distract from the fact that you were playing a veritable pile. Now, casting a spell that costs three is dangerous. I miss the loose, anything-goes sensation of Modern. I guess I’m just waiting for NuModern at this point.

Anyways, Chalice. Supply is healthy, with printings in Mirrodin, Modern Masters, and Masters 25. We don’t need to drain the supply in order for prices to move though. Once a few sets at $40 start selling it’s likely vendors will begin raising prices.

I’ll go a slightly different direction for my last card this week. In 14th place of a recent MTGO Modern event was a Jeskai Ascendancy build that utilized, what else, Arclight Phoenix. This build appears to be less all-in than the old builds, which sought to power up a lethal Grapeshot. This build instead utilizes Phoenixes and a few Young Pyromancers to take advantage of a smaller number of Ascendancy triggers, maybe five, to quickly ramp to lethal. I’m amused, and it would be cool to see this become more than a one-event deck.

Those of you that have been around a few years will recognize the name Fatestitcher, and will likely recall Glittering Wish as well. Back when Ascendancy was printed this deck exploded into Modern, with turn two kills theoretically possible. (Back then it played Noble Hierarch to set up a turn three Ascendancy, which could then be activated with the then-legal Gitaxian Probe, which untapped your Hierarch, at which point you went ham. Cool deck.) Fatestitcher got caught up and moved a bunch of copies, and has since trickled back into the market as Ascendancy mostly disappeared. This recent success opens the door to a return of Fatestitcher, and let me tell you, available supply will not support a surge here. There’s maybe 20 playsets on the open market? At $2, this will absolutely disappear if the greater community gets a whiff of it being good. Remember, Fatestitcher has one single printing, which makes it somewhat of a rarity in today’s Magic. Should this deck catch on — which I am by no means implying it will — these will be gone in minutes.

Travis Allen has  been playing Magic: The Gathering since 1994, mostly in upstate New York. Ever since his first FNM he’s been trying to make playing Magic cheaper, and he first brought his perspective to MTGPrice in 2012. You can find his articles there weekly, as well as on the podcast MTG Fast Finance. [/hide]