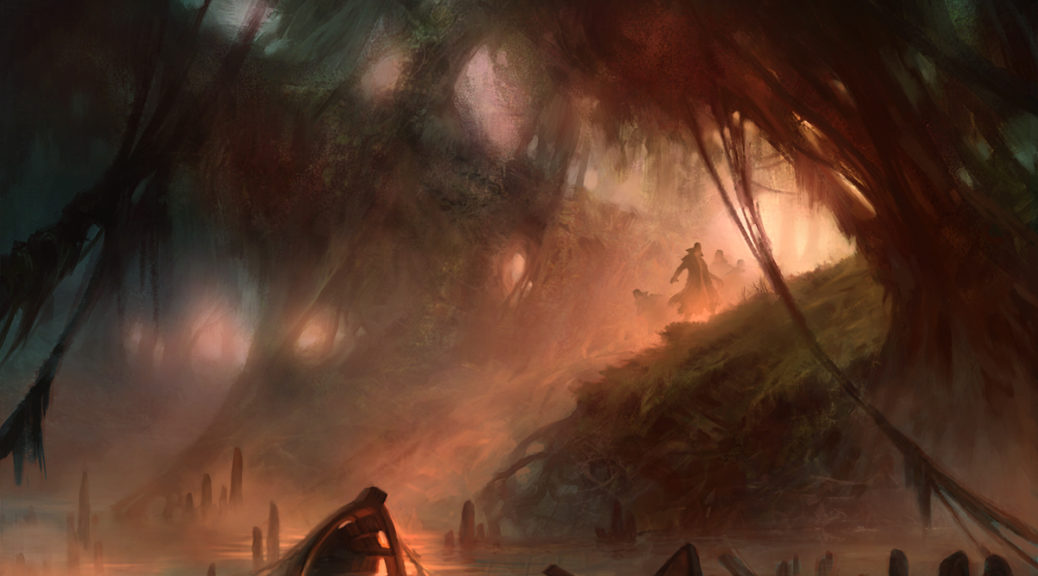 As we creep closer to War of the Spark, more and more planeswalker-adjacent cards gain attention. Deploy the Gatewatch was one of the first, and more recently, Oath of Teferi followed suit. I fully expect that we’ll see continued picking off of these types of cards leading up to the official spoilers, and once those begin, there will be an even greater movement across the market, as the level two players — people that watch the spoilers, but aren’t quite tuned in enough to see the writing on the wall before WotC makes it official — begin picking up assorted pieces. In the meantime, we’re spending more time browsing EDH, the format that keeps on giving. And let me tell you fellow friends, it doesn’t get much easier than this week.

I’m starting with Mirrorpool this week, but all three cards on the list are basically the same deal. Each is a powerful land that slots into a wide variety of EDH decks. Each manages to pack a great deal of impact into a single land slot, which is especially valuable, as the spell package in any given deck is always tight.

Mirrorpool is a one-shot Riku, for all purposes. It will double a single spell effect, or create a copy of a creature token. Casting a Time Stretch? You’re a monster, but you may as well lean into it and Mirrorpool it. Or maybe you’ll mirror the kicked Rite of Replication, or whatever the cool spell is these days at your local store. On the bottom half you can create copies of your own creature, for when you need another Diluvian Primordial (which will then cast your opponent’s Rite of Replication out of their graveyard, which you’ll use to target your Diluvian Primordial, which will then cast a Life from the Loam out of your opponent’s graveyard, returning your Mirrorpool to your hand, which…).

At 6,200 EDH decks, Mirrorpool has a reasonable presence in the format. It’s not as high as it could be, but if it were 12k or 15k, the foils wouldn’t still be $7. What makes me so confident in telling you to check out Mirrorpool is the supply — 8 vendors of NM pack foils, for a combined total of 17 total copies. There’s roughly as many prerelease foils, which start about a dollar cheaper.

Landing in twice as many decks as Mirrorpool is Alchemist’s Refuge, the — I guess it’s old, sheesh — flashland from Avacyn Restored. Somehow never having been reprinted, Refuge is intended to be a fixed Winding Canyons. (A card which is certainly not in enough EDH decks for its effect, at a relatively accessible $20, which leads me to believe it suffers from the Marton Stromgald problem, in that it’s an absurd card people simply don’t realize exist.) Giving all of your creatures flash lets you do some obnoxious stuff, whether it’s dropping answers to an invading force, tossing out a Sunblast Angel after attackers have been assigned, using one of a variety of creatures to cast the Time Stop in your hand at instant speed, or “only” dropping your threats for the turn at the end of turn of the opponent that acts before you, giving your bodies virtual haste, and not exposing them to sorceries for a turn rotation.

Refuge has a potent effect that is found on one of the most resilient and difficult to answer card types in EDH. It slots into any deck with blue and green, the two most popular colors in EDH. And it comes into play untapped, making its inclusion a low opportunity cost. My only complaint is that its from Avacyn Restored, a set with notoriously bad foils. A tip on that — some foreign language AVR cards were printed with a different foiling process, making them preferable over English copies.

There’s a grand total of 22 copies on TCG right now, with half of them in the hands of one vendor, and several well over $10. Shouldn’t be long before we’re looking at $20s on these bad boys.

I’ve got a curious one to wrap up with this week. Sanitarium is in 11,500 decks, just short of Alchemist’s Refuge. Of course, it’s from Eldritch Moon, not Avacyn Restored, which means it’s four years newer. The text of the card is unassuming; each player draws and then discards a card. While that isn’t as immediately impactful as Mirrorpool or Alchemist’s Refuge, it’s phenomenal utility on a land. Repeated card draw that isn’t easy to target? Heck yes. That you can untap with Seedborn Muse or Frantic Search? Heck yes. That lets you bin cards you want to reanimate or dredge or cast out of the graveyard? Heckin yes.

Sanitarium has, as best as I can tell, a whopping ten copies on TCG right now, with a small smattering across other internet vendors. Here’s where it gets curious. The beginning of this month, prices jumped from $3.50 or so up to the $7 it will cost you to get in today. The market price hasn’t made it above $4 yet either. ABU, CFB, SCG — all basically empty, aside from a random $8 here or there. This smells like a buyout to me, and it hasn’t gotten anyone to take the bait yet.

That said, it doesn’t inherently mean that copies at $7 are a bad idea. If the market will pay a higher price, then it will pay it. My biggest concern would be that there could be a healthy supply hiding in the wings, waiting for copies to crest $10 before they start getting unloaded. Proceed with caution, but keep it on your radar. [/hide]