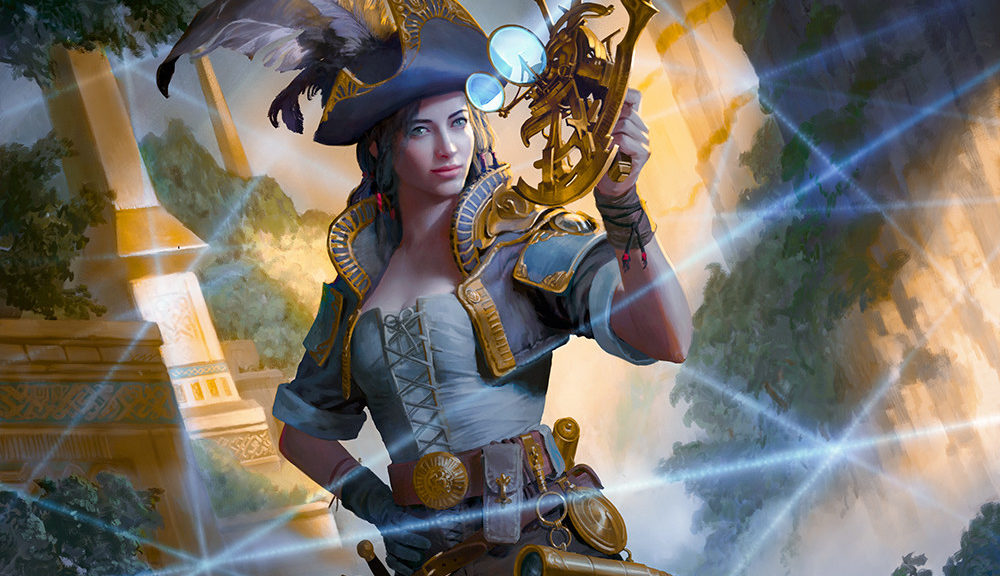 Yesterday we got confirmation that the materials leak was correct, that the Commander 2019 decks are all about mechanics. I was almost dead-on in my predictions, and hopefully you bought some fifty-cent Secret Plans while the getting was good, or you bought some seventy-five-cent Field of the Dead and are reselling those right now.

I’m surprised that red is getting populate as a mechanic, but that’s neither here nor there.

With rotation upon us, there’s some headliner cards that are losing value at a rapid pace, and we’ve still got about two months until official rotation. Yes, your eyes are going to be drawn to the Commander decks and the new previews and the new spikes, but really, making money there is just a question of listening to the groupthink on the ProTrader Discord channels.
If you can’t keep an eye on that rapid scroll of value, fear not. Cards are getting dumped as rotation approaches, and some of these cards don’t deserve that treatment at all.

I recognize that Warboss isn’t about to rotate, but this is too low a price for the confluence of factors at play. First of all, the foil multiplier is too low. This ought to be in the range of $15 for foils, especially because this is a very popular card in the Legacy and Modern prison strategies. The benefit here is that you spend 2R, and instantly get two creatures, one of which even has haste. Warboss might not end the game quite as quickly as Goblin Rabblemaster, but the benefit of not having to attack is a real one.

Field of Ruin has quietly become one of the most ubiquitous cards in Modern. A whole lot of decks are playing a couple, especially alongside other basic-finders like Assassin’s Trophy, Ghost Quarter, or Path to Exile. I’m quite surprised that this was never an FNM promo, being an uncommon, but here we are. I don’t know when it’ll get reprinted, but I’m gladly going to pick up foils in anticipation of $20 or $25. It’s just in so many decks!

Foils especially should be targeted here, because it’s in 12,000 Commander decks and they are safe from being reprinted in Commander 2019. This is a long time to go between potential reprints, so get your personal copies and then add a few more. Sunbird’s Invocation is in a similar spot: Buy your foils now and thank me when they spike.

Yes, this is a niche card but the extra-turn effects are never to be underestimated, and this is a card that will eventually be broken. It’s designed to be difficult to break, but foil mythics from the last small set are always going to be appealing to me.

This was about half its current price before the Internet freaked out on the realization that this turned off the drawback of Lotus Field, and honestly, that mentality is something I want to capitalize on. It’s not difficult to imagine that there’s going to be other lands that this is good with. For example, this also turns off the sacrifice clause of City of Traitors or can be used offensively to turn off fetchlands for both players. It’s open-ended, a trait which just means you want a handful of foils waiting patiently for their day in the sun.

All the flip cards from Ixalan block – Just pick up some foils now. Go for the special promo Buy-a-Box versions if you can, but foil flip cards are very rarely reprinted and you should feel good about this acquisition.

Yes, it’s in two colors and that makes it problematic for Commander as opposed to The Chain Veil, but I like getting in here at a pretty low price. War of the Spark triggered an increase because somehow we thought Standard would devolve into Planeswalkers fighting over value on the board. Silly us! It’s still very strong in Commander, if not hugely adopted yet.

The Sagas have high foil multipliers nearly across the board. Lots of them are in the 5x range and a couple are crazy high, like The Eldest Reborn which is at a split of $0.50/$7. It seems that there’s a large group of collectors who wanted foil Sagas, because I can’t find a source of demand listed. EDHREC doesn’t show them being used a lot, nor does tappedout or any other database I use for this. It helps that these are pretty unlikely to get printed again, and especially not in foil. I can imagine a scenario where a lot of Sagas spike pretty hard (counter manipulation?) and foils could really hit a high.

All of the cards that let you break the four-of rule in Magic have eventually been worth more than expected. Relentless Rats has been printed three times and is still a dollar common. Shadowborn Apostle is more, with a single printing and a theme it can be dedicated to. What I am noticing is the synergy between the Colony and the Relentless Rats (the extra black mana is worth it to get the growth in toughness) and that foils of the Colony are cheap compared to the others. Get while the getting is good!