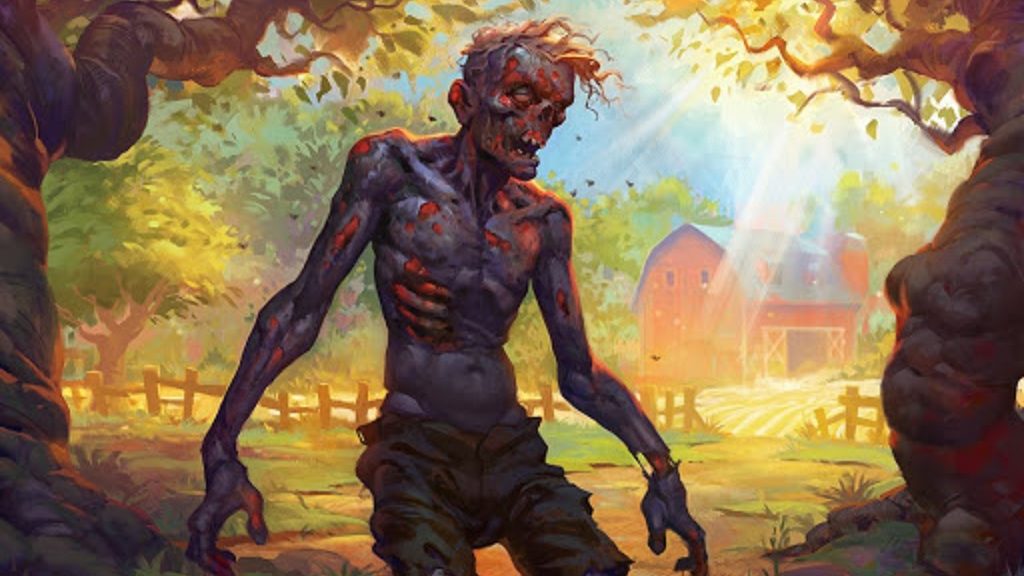 Sometimes it can seem that the world of Magic: The Gathering is running at a thousand miles an hour, and it’s felt a bit like that recently. Over the weekend we had coverage of Worlds going on, alongside a new Secret Lair drop (I’m a big fan of this one) and the release of the Standard Challenger decklists to consider – all in the space of a couple of days. Before that we had two consecutive weekends of Pioneer PTs, more Secret Lairs and Unsanctioned previews revealed (and I’m gonna be needing some of those full art basics).

In today’s article I want to take a step back and consider some cards slightly outside of the fast-moving metagames of Standard and Pioneer, looking at some longer timelines and more stable entry points – a good thing if you don’t want to be spending all your time trying to keep up with MTG finance.

Dryad of the Ilysian Grove (EA)

Modern is being absolutely dominated by Amulet Titan at the moment. We haven’t had a Modern Grand Prix in a little over a month now, but if we take a look at the SCG Team Open results from the past two weekends, Amulet Titan took four of the top eight slots at Philadelphia and another three at Richmond the previous week, in addition to consistent MTGO results. Since the introduction of Dryad of the Ilysian Grove to the deck, it’s moved the archetype away from trying to set up lethal through a huge double-striking Primeval Titan and pivoted towards being a dual Amulet and Valakut build.

The Titan decks we’re seeing now are effectively a combination of the older Titan Shift decks (often winning by casting Scapeshift) and the more classic Amulet Titan versions that used Slayers’ Stronghold and Sunhome, Fortress of the Legion to kill. Dryad is playing multiple roles in the new decks, enabling extra land drops each turn as well as being a Prismatic Omen on a stick, which means that the deck doesn’t need to play any actual mountains to enable Valakut kills pretty quickly. It’s also just a 3 mana 2/4 that can block really well.

When a Modern deck is as prolific and powerful as Amulet Titan is currently, we do need to take into consideration a potential ban. If the archetype keeps putting up results like this then a ban could be on the table, but if I’m going to be honest I’m not sure what the ban would be. Wizards have shied away from banning Prime Time in the past, choosing to axe Summer Bloom instead so that the archetype isn’t completely shut down. We could see this happen again if they choose to ban something like Azusa or Valakut, most likely leaving the deck alive but just less powerful.

However, even if we see something banned from the archetype, this is a card that’s already been adopted into almost 2000 EDH decks according to EDHREC, making it the most popular card from Theros Beyond Death to make it into the 99. I imagine that it’ll be a staple of multicoloured decks ad infinitum – it fixes mana and ramps at the same time. Extended art copies of Dryad are starting at around $12 on TCG at the moment, not too far above the regular copies at $8. Even if we do see an Amulet Titan piece banned in Modern, I don’t think Dryad’s time will be done in that format, and so I can see these EA copies making it above $20 within the next 12-18 months.

Drown in the Loch (Foil)

Drown in the Loch is a very flexible spell that’s currently seeing a reasonable amount of play across Pioneer and Modern, and even showing up in Legacy too. Certainly in Modern with the abundance of fetchlands, Drown is a card that’s going to be turned on a large proportion of the time, and it’s most popular in Death’s Shadow and Whirza decks. Shadow decks have, by and large, remained fairly consistent in construction for a while now, occasionally switching up some of the spells they play depending on the metagame. Whirza decks have gone through another evolution since the banning of Oko, and for the most part slimmed down to be just Dimir colours, still playing the Thopter Foundry / Sword of the Meek combo but otherwise just being a solid midrange deck.

Over in Pioneer, Drown in the Loch has become a staple in Dimir Inverter. Most decks will only be playing 2-3 copies but the card is always there, and I think Inverter will stay sitting at tier one for the foreseeable future. Not that Legacy moves cards prices too much any more, but Drown is also becoming a relative staple in Grixis / four colour control decks in that format.

This isn’t a card that’s going to jump overnight, but I think if you stash a few of these foils away you’ll be pleasantly surprised 12-18 months down the line. If we take a look at Mystical Dispute, an uncommon from the same set, foils are sitting at around $7.50. It is being played more than Drown at the moment, but it shows that Drown does have the potential to get up there too.

This pick is a slightly different one to normal: it’s an arbitrage pick. Generally speaking, the market for EDH-focused cards in Europe lags behind the market in the States, as EDH isn’t nearly as big or widely played in the EU as it is in the US. This often creates excellent arbitrage opportunities to buy cards in Europe and sell/buylist in the States, and today I’d like to highlight a particularly good opportunity that exists at the moment.

Copies of Nyxbloom Ancient are currently available on Magic Cardmarket (effectively the European version of TCGPlayer) for €6 (around $6.50), and if we look at the lowest price on TCG, it’s almost $12. That’s a huge gap, and even if we take a look at CardKingdom buylist, that’s sat at $7 cash / $9.10 credit for your bog-standard version. This is a super powerful card that’s going to be a forever staple in green decks, so not one I’d like to miss out on.

Making moves like this does require a certain amount of setup. Cardmarket doesn’t allow shipping to the US; you need an address in Europe, so the best thing to do is to find an arbitrage partner residing in the EU that you can arrange to bounce shipping off. If you’re based in Europe (like myself), then you can ship directly to US buylists or find yourself an overseas partner to sell cards on TCGPlayer for you.

Another way to source cards from the EU (shill incoming) is to become a member of the MTGPrice Protrader service, and get yourself into the Discord server. That way you can get in on the group buys that offer EU pricing on cards from the latest sets, and take advantage of arbitrage opportunities like this.

I might write a full article on cross-border arbitrage at some point, but for now I’ll drop some of the best opportunities into my regular articles. If you’ve got any questions, hit me up in the comments, on my Twitter or in the Protrader Discord!