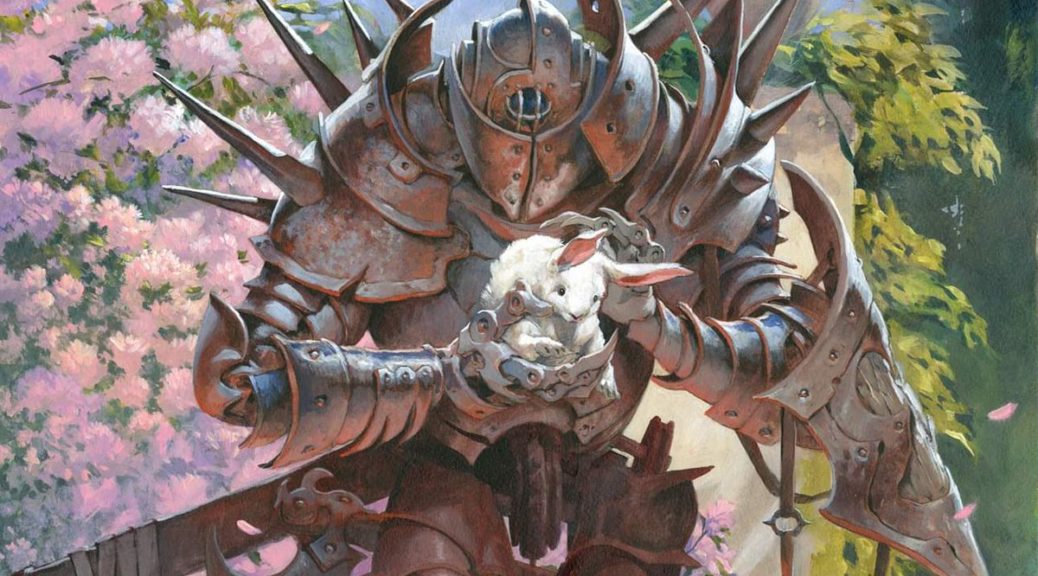 I usually try to base each of these articles loosely around a theme of sorts, or at least make something up that tenuously links the cards I talk about – but this week I’m afraid to say I was stuck. So alas, it’s an unthematic week, and I’ve just talked about some cards that I think are worth taking a good look at buying on MTGO.

Having said that, I still think that these are all some solid picks (otherwise I really shouldn’t be wasting time writing about them), so have a read and let me know what you think!

There were a lot of mixed opinions on Fiend Artisan in the run-up to Ikoria’s release, with a lot of people comparing it to Tarmogoyf or calling it Green Sun’s Zenith on a stick, but others saying that it was trying to do two different things but did neither of them very well. The recent results, however, have shown us that this card can definitely put some work in in a Standard environment.

Lurrus of the Dream-Den Companion decks are all over the place, and the Orzhov Aristocrats deck in Standard plays a suite of Fiend Artisans along with Lurrus as the Companion. It’s able to tutor up key pieces like Priest of Forgotten Gods, as well as being a big beatstick later in the game. The Artisan has also been showing up in Pioneer, most recently making the finals of the Team Lotus Box Pioneer tournament over the weekend in an Abzan Rally shell. It’s reminiscent of the Rally the Ancestors deck from BFZ Standard, but the wider card pool of Pioneer has made for a much more streamlined, powerful deck.

After peaking at 30 tix around Ikoria’s release, Fiend Artisan has been hovering between 12 and 15 tix since then. It’s sitting around 14 at the moment, and I think that this is a powerful card that can find multiple homes in multiple formats. I think there’s a lot to do with the card that hasn’t been explored yet, and I expect the Rally deck to gain some more traction in Pioneer over the next couple of weeks.

Speaking of Pioneer, and more specifically Team Lotus Box’s Pioneer tournament this past weekend, the Lotus Breach combo deck is being pushed back down after having had a week or so back in the sun. The Damping Spheres are back in the sideboards for now, but give it another month or so and people will slowly remove them again and we’ll see Breach do well again, and then rinse and repeat…

Anyway, I’m not supposed to be talking about Breach here. Dimir Inverter was by far the most represented deck on the weekend, with over double the metagame share of the next deck (Lurrus Burn). A new flavour of Inverter has appeared on the scene – can you guess what’s different? That’s right, the deck can play a Companion now. Yorion is the ally of choice here, expanding the deck up to 80 cards and filling the slots with more interaction and cantrips. As well as just being a 4/5 flier that’s a free card in your opening hand, Yorion can actually help you win by flickering your Inverter of Truth and flipping over your library again.

So what’s the pick here? Jace, Wielder of Mysteries has been trending down online since mid March, after its spike when Dig Through Time didn’t get banned. But see that little turnaround at the bottom of the graph there? I think we’ve reached the bottom and the price is going to be headed back up now. Jace has been 18 tix before and so I think that 10 is a pretty reasonable target for this play. This Yorion version of the deck has great potential, and I expect to see more of it in the MTGO leagues over the next couple of weeks.

See how I mentioned Lurrus Burn in the previous section? Well, now I’m segueing into talking about another card from the deck – but in Modern. That was a smooth transition, right?…

Anyway, Sunbaked Canyon has been a staple in Modern Burn decks since it was printed, and now that Lurrus has given the deck an extra boost it’s really putting up results in Modern. Due to the Modern Horizons flashback draft on MTGO a couple of weeks ago, the Horizon lands (along with most other MH cards) took a dip in price online. A lot of staples have recovered since then, but the Horizon lands have, for the most part, stayed down. I don’t think that they’re going to stay that way for too much longer though.

I’m calling out Sunbaked Canyon because it’s the most widely played, but this logic roughly applies to the other four lands as well. Canyon was up at 21 tix before the flashback draft, and I think it can get there again, especially with the heavier-than-usual representation of Burn in the Modern metagame.