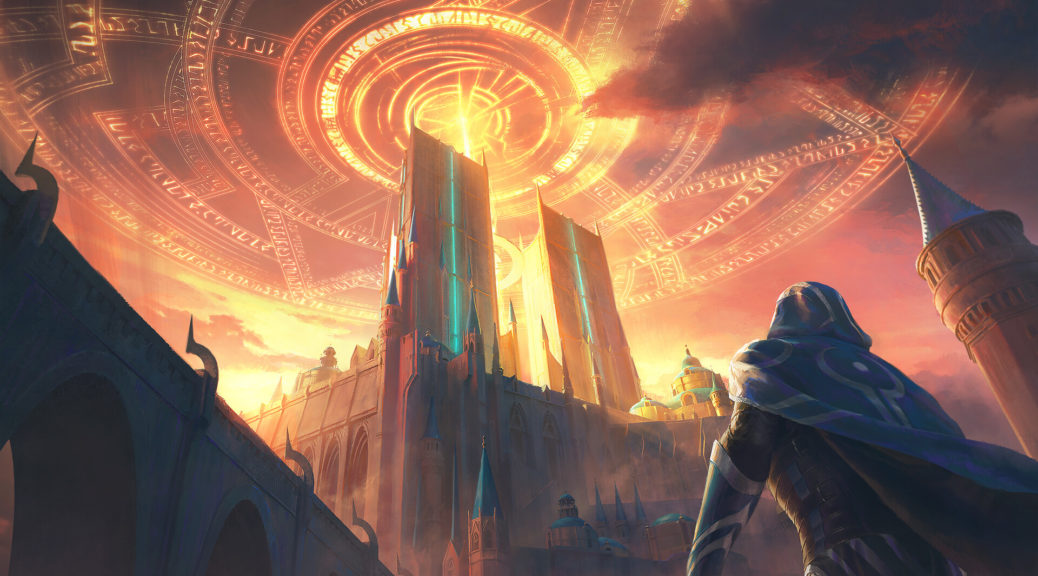 I realize that we’re currently in a really divided time. A majority of the states are going to be open in some way starting May 1, and there’s a whole lot of leeway when it comes to what businesses are allowed to function and which aren’t.

Game stores are in a vulnerable spot, and the main factor for us to consider is that the paper Ikoria: Lair of Behemoths isn’t supposed to be released until May 14. The Commander decks are supposed to be available then, as well. I don’t think we’re going to have normal times for quite a while yet, but we will see.

We are also about five months from rotation, and there’s some big names at big prices. It’s time to get out while the getting is good…

My main goal for you is to be safe, no matter what your state/country is requiring of people. Getting in a Commander game is not worth your life. More people have died from COVID-19 in the United States than died in the Vietnam War. If you look only at the statistics and decide you like your odds, that’s your call, but remember that you’re an infection vector and could transmit the virus to someone who isn’t as lucky.

People want things to be normal. I like the creative ways folks are making lemonade out of these shelter-in-place lemons. We’re seeing a wide range of online tournaments. People have been busily playing Commander via webcam, or less official programs, but prices are still changing by the week.

I’m impressed at the way prices are almost acting normal. Lurrus is big in Modern and Legacy, and has a price to show it. I’d expect that price to fall once people start opening packs in real numbers, especially because people need exactly one copy per deck. Some Companions are worth playing extra copies in the main (Gyruda, I’m looking at you, buddy!) but Lurrus precludes that.

Right now, given the proximity to rotation out of Standard, it’s the perfect time to sell extra copies of overpriced things. All of these suggestions are presuming that you’re going to keep the ones you need, but in some cases, I’m going to be raiding my Commander decks and selling cards that I can put back in once rotation happens and these prices come back to earth.

If you play Standard, keep what you need, but the profit-taking is about to happen for some of these. Sell at the highest price!

Some overpriced cards I think you should sell:

Yes, I think you should sell every once of these that you’re not playing. Right now, Simic is clearly the best guild in Standard, it’s been given all the fun toys even when Once Upon a Time and Oko are both banned. Blood Crypt has had a bump recently with the popularity of the assorted flavors of Mayhem Devil-centric sacrifice decks, but the Pool is at one of the highest prices I can remember for a Standard land.

Blue-Green is that good, that dominant, that prevalent. It’s not in as many decks as Fabled Passage, but the Breeding Pool decks tend to start with four of the shockland. Most decks with Passage want less than the full playset (but do stock up before Passage breaks $20!) and I’m getting out of these shocks entirely. As I said above, I’m even taking a couple of copies out of Commander decks and selling them, the value is too good and shocklands will come back to earth later this year when rotation happens.

I have trouble imagining a world where a soon-to-rotate land with this much stock goes higher. The Gatecrash version is $25, original Dissension is $34. I’m taking the value now and I won’t be sad if it bumps to $30. My eyes are firmly fixed on when this is $10 at Halloween.

Get out while you can. Krasis is a fantastic card in big-mana Commander decks, but let’s take a look at the graph:

The big spike has happened, and only the popularity of UGx decks has allowed it to maintain this price. It’ll be in the $10 range by the end of summer, and at that point, you’d better not have any excess copies in your inventory. Kinnan, Bonder Prodigy is no Nissa, who Shakes the World, even though Uro is going to be a staple for the next year and a half. Too much of the ramp deck is rotating for me to want to try and hang on to the Krasis.

Again, if you’re planning on playing Krasis in some paper Magic this summer, keep your playset and dump the rest. The value needs to be extracted and applied to other worthy targets.

Holy biscuits, take a look at this graph and tell me you shouldn’t be selling like mad:

Agent has always been a favored ramp payoff, there’s something delightful about ramping up and then taking the thing they were going to kill you with. Drawing three from the second ability tends to earn immediate concessions, and I have been on both ends of that spectrum.

Agent isn’t played in other formats, though it’s a fun Commander card. Dump your spare copies and dump them now. This will be a dollar rare in a few months.