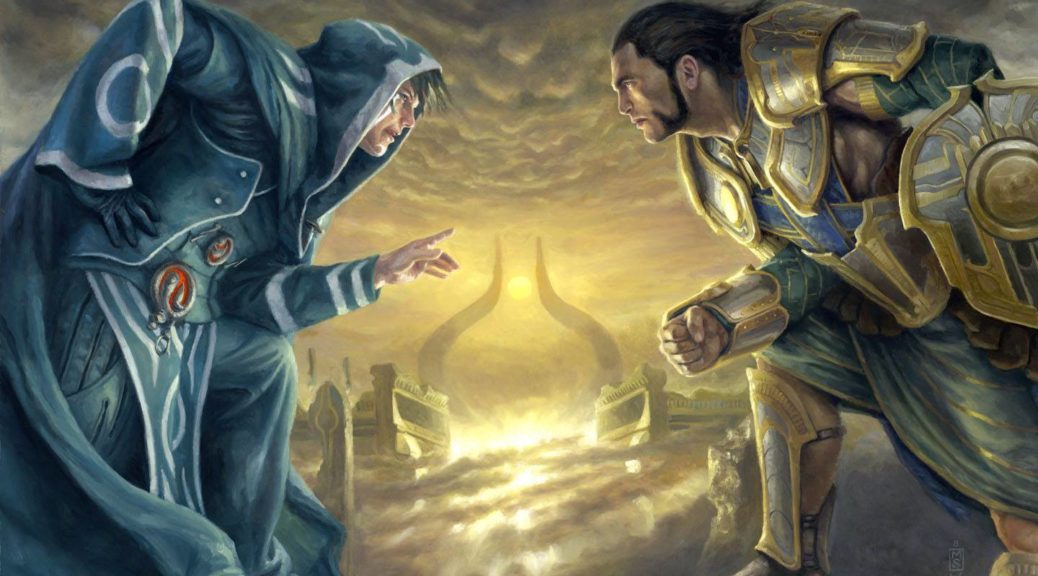 Last week I moved back from MTGO picks to looking at some longer-term paper specs, and this week I’m going to be continuing in that fashion. In my last article I mainly focused on cards that are popular in EDH, but today I’m taking a look at cards I think will be relevant to the more competitive formats when paper Magic gets back up and running again.

Lukka, Copper Outcast (feat. Yorion as companion) has been thoroughly dominating Standard over the past couple of weeks, where the name of the game has been ‘who can get an Agent of Treachery into play first?’. A few other decks are still putting up strong results too (Jeskai cycling, mono-red, Temur Reclamation), but with many pros touting it as the best Standard deck we’ve had in years, Lukka is the clear top dog.

It’s not just Standard that Lukka is putting up results in though – he’s found homes in both Modern and Pioneer too. The Pioneer superfriends deck has been clawing its way up the metagame ranks, again using token generators and Lukka to cheat out early Agent of Treacherys, backed up by Yorion and a suite of other powerful planeswalkers. Over in Modern, Lukka has seen a smattering of play in the Gruul Obosh decks, which have moved more away from a Ponza style and become extra midrangey.

The point I’m making with all this is that I think Lukka is a strong contender for one of the multi-format all-stars from Ikoria, and even though Agent of Treachery rotates out of Standard in the fall, I don’t doubt that the Lukka decks will change and survive rotation, and that Modern and Pioneer play of the card will continue to increase.

I was planning on just talking about the regular versions of Lukka here, but then when I took a look at the prices on TCGPlayer I noticed that there are both regular foils and alternate art versions starting at pretty much the same price as the normal version, give or take a dollar. Even with the increased foil drop-rate these days, this seems like a no-brainer to me. Once paper Magic gets back on its feet, people are going to need their copies of Lukka, so I think that picking up these more premium versions for basically the same price as regulars is easy money.

There could well be a new best deck in Modern. A little over a week ago, Red-Black Prowess took three of the top four slots of the Team Lotus Box Modern League tournament, only losing out on the top spot to Ad Nauseum. Somewhat oddly titled ‘Lurrus Jund’ on MTGGoldfish, the only hint of green to be seen in this deck is on Manamorphose, so I think they need to update their deck labels. This is definitely a Lurrus deck though, using the companion to replay their cheap creatures from the graveyard later in the game.

Four maindeck Cling to Dust was one of the MVPs from this new deck, giving a good maindeck answer to cards like Uro and providing a life buffer against other aggressive decks. But another surprising powerhouse is Abbot of Keral Keep, something that wasn’t often seen in the old mono-red versions of this deck. Here it’s in as a playset though, because beside the obvious fact that your deck is loaded with cheap spells to play off the ETB trigger, if you can cast one of these twice in a game with Lurrus and get lucky enough to be able to play both spells off it, then you’re REALLY flying.

Abbot foils start at $4 on TCGPlayer, but once you get past the first 10 or so listings, the ladder climbs very sharply. This is a single printing foil from almost five years ago now, and once those cheaper copies are gone, the new price is going to be at least $10, probably higher. It’s also worth noting that there are only five listings for the prerelease copy, so if you’re quick enough you can grab the cheaper ones there too.

Speaking of Lurrus decks (because let’s be honest there’s not much other than Lurrus and Yorion going around at the moment), I’m taking a look at Fiend Artisan. I talked about this card in relation to MTGO a few weeks ago, and it’s done well over there but I think it’s a good pick-up in paper too. It might not quite be good enough for Modern, but Fiend Artisan has seen a good amount of play in both Standard and Pioneer so far, both in Aristocrat-style decks.

In addition to this, it’s one of the more popular EDH cards from the set, already seeing inclusion in close to 600 decks listed on EDHREC. I mean, why only play one Birthing Pod when you can play two? Being a mythic from Ikoria, supply is much lower than other rares that players are buying, and this is a card that’s being torn in two between competitive play and EDH play. Those factors mean that it won’t be hard for Fiend Artisan to run a high price tag, and I think that EDH players are the most likely section of the market to be buying cards right now – so if you want these I’d pick them up sooner rather than later.

There are a few of these around at $15 and more at $17, so if you can snag the $15 copies I think you’re golden, and if you’re on the $17 copies then you’re still doing fairly well. The Pioneer Aristocrats decks will probably ebb and flow a bit depending on how much graveyard hate there is around, but when those decks are left to their own devices it can be pretty brutal.