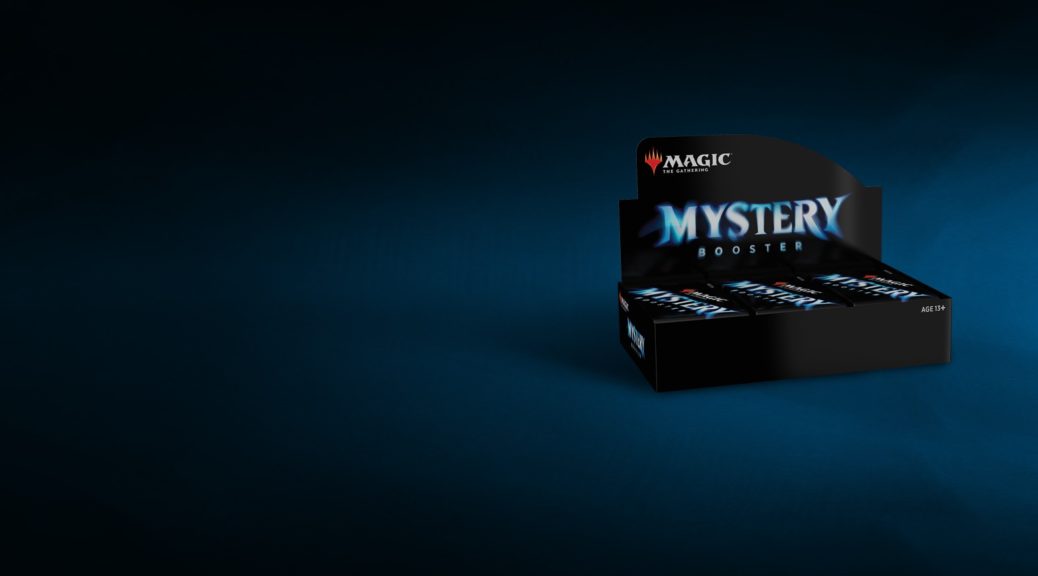 Today it’s time to talk about a set that Covid so thoroughly upstaged, you probably forgot it even happened. Mystery Boosters. No, not that one, Mystery Boosters: Retail Edition. Can you name the most expensive card in that set? Demonic Tutor, maybe Bloom Tender, right?

Try Mana Crypt. Mystery Boosters: Retail Edition truly is a mystery wrapped in an enigma. What’s even in the set? More importantly, which cards do I expect to tank as a result of this set everyone forgot to buy, if any, and which ones do I see an opportunity to make money on? I’m so glad I pretended you asked that because that’s the whole premise to this article. I have some opinions, so let’s get into it.

Archive here is gettable around $10 on TCG Player and it may even tank lower if things open back up soon. If it does, I recommend buying even more copies at the new price until the average price you paid is something you can live with. This is a technique I call “steering into the skid” and it very rarely results in you getting blown out by a second reprint 6 months later and then 2 reprints a year forever until you beg it to stop (LOOKING AT YOU, SANGUINE BOND). Archive flirted with $25 at its peak and I think paying $10 on a card that very recently buylisted for $10 even as it tanked is smart. Pay buylist, folks. If this goes to around $5, know you’re getting out at $15-$20 and Wizards will forget to reprint it while it heads there. This seems like a card that will be back at $20 in no time and people will say “When did THAT happen?!” like they always do, me included.

This won’t be $60 again but it also likely won’t be reprinted again. This is a messed up Magic card, it’s pure EDH and it’s tough to reprint because most formats can’t brook a 9 mana spell because it’s a dead card in a pack in Limited and they’re not putting Council’s Judgment in a Constructed set. Where, then do they print this considering it’s too good and expensive money-wise for an EDH precon even at this point and they don’t seem keen on continuing Conspiracy and Battlebond and other good reprint sets, preferring Secret Lair – lower back tat’ you regret but can’t afford to get lasered off and anyway you forget it’s there most of the time edition. This probably keeps going down and when it starts to tick back up, pounce. This won’t be affordable long.

This is like the other gods but its price graph is what it is because of how good it is. This helps Red stop being underpowered in EDH because you can easily dome the whole table quickly with Krenko or Prossh or Tempt with Vengeance. This card does WORK. This flirted with $40 for a reason and with them printing more cards than ever that fart out tokens, not fewer, this will continue to be a Red deck staple and will continue to command a high price tag. When this bottoms out, go all-in.

This isn’t just an Atraxa card but nearly every loose copy ended up in the same Atraxa deck it was bundled with, driving the price way up initially. The reprint in Commander Anthology didn’t do much. This lost 2/3 of its value instantly and after shrugging one reprint off, I expect it to shrug this off, too, considering it’s in a set everyone forgot about.

This is currently cheaper than Cairn Wanderer – don’t expect that to hold. I don’t have a ton to say here. In fact, I may not say much about the next few bonus picks and just let their graph speak for itself rather than write more words. A picture is worth 1,000 and I’m way over my wordcap as it is.