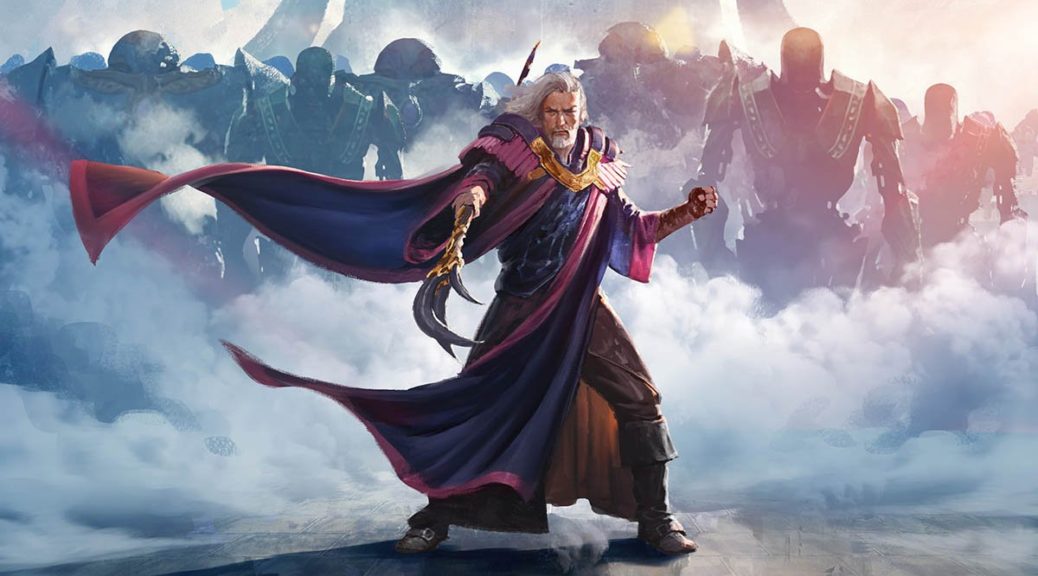 The main focus of competitive Magic over the past couple of weeks has been on Standard, with four Arena Pro Tours taking place over two weekends. Standard doesn’t usually make for brilliant specs though, especially with rotation looming on the horizon. I was tempted to talk about some Jumpstart cards this week, but I might leave that til next week. Instead, I’ve taken a look at how Modern is doing at the moment, with some picks that also branch into other formats.

Wilderness Reclamation is plaguing the Standard metagame at the moment, with a solid half of the top 8 decks across all four of the recent Arena Pro Tours being Temur Reclamation. Ravnica Allegiance will be rotating out of Standard soon though, so we’re not looking at it through that scope. Reclamation decks have been popping up in Modern over the past couple of weeks, with a fair amount of variation between decks but common themes being Uro, Ice-Fang Coatl and a whole bunch of spells.

Wilderness Reclamation is also the 5th most popular EDH card from Ravnica Allegiance, being a highly rated inclusion in Simic-based spell decks and morph decks. An additional Seedborn Muse effect that’s arguably more difficult to remove is definitely something that EDH players love to use.

Foils are in pretty low supply already, especially for a recent uncommon. This set was released before the increase in foil drop rates, so there are going to be fewer foils around than the latest sets anyway. It’s a single foil printing and due to its problematic nature in Standard, I don’t think we’ll be seeing another foil printing any time soon. There are only 20 NM foils on TCGPlayer at the moment, and seeing as this is the only premium version of the card, it’s the one that a lot of players will go to for their decks.

Humans is a deck that hasn’t seen a huge amount of success in Modern for a little while now, but more recently the archetype has resurfaced. General Kudro of Drannith has given the deck some new life, as a second ‘lord’ effect is something that was sorely missing before now. The deck had plenty of disruption but could often falter and fail to push through those last points of damage before being overwhelmed. In addition to that, Kudro has another two relevant abilities stapled on to hedge against both graveyard and big mana decks powering out Primeval Titans.

As a set released during a global pandemic, Ikoria is sure to be one of the least opened sets in paper of the past few years. People and stores may have still been ordering and cracking product, but the entire lack of paper drafts and in-store purchasing has meant that secondary market supply is definitely on the low side. And now that stores are starting to reopen, it isn’t long at all until Core 2021 will be on the shelves and Ikoria won’t be being drafted any more.

This supply problem is reflected in stock levels of some of the more premium cards like EA foils – only 17 listings of General Kudro EA foil on TCGPlayer. If we compare this Ox of Agonas – a Mythic from Theros Beyond Death with a similar amount of Modern play – Ox has almost double the number of listings for the EA foil as General Kudro. When paper Magic starts back up again, Modern players are going to need their new lords, and there are going to be more than enough people wanting these to push the price up.

Since the change to the companion rule, the power level of companion decks has dropped off significantly. The extra 3 mana is a huge hurdle for the cheaper companions like Lurrus, and making Obosh an 8 mana card instead of 5 is backbreaking for the aggressive decks looking to top their curve with it. Gyruda is all but gone from competitive metagames as well, the extra cost being too much to power it out as quickly as possible.

The companion that this rules change affected the least is probably Yorion, Sky Nomad. Yorion decks (in all formats) weren’t about consistently curving out; rather they’re grindy value-based decks that can afford to take the time to add Yorion to their hand before needing to cast it. It also helps that a lot of these decks have been playing mana dorks and Uro to ramp their spells out more reliably. This has meant that Yorion is now the most popular companion across Modern and Pioneer. Lurrus is still holding the fort down for Burn in Modern, but there are multiple different Yorion archetypes that come out on top in the number crunch.

EA foils start from $18 on TCGPlayer, with 40 listings at present. This is a popular EDH card too, and the fact that you can now have a Commander and a companion seems a little bizarre, but I suppose we already had the Partner mechanic, so why not I guess? Either way, I think Yorion is here to stay in Modern and Pioneer, so $18 to $30 on a 12 month timeline seems reasonable.