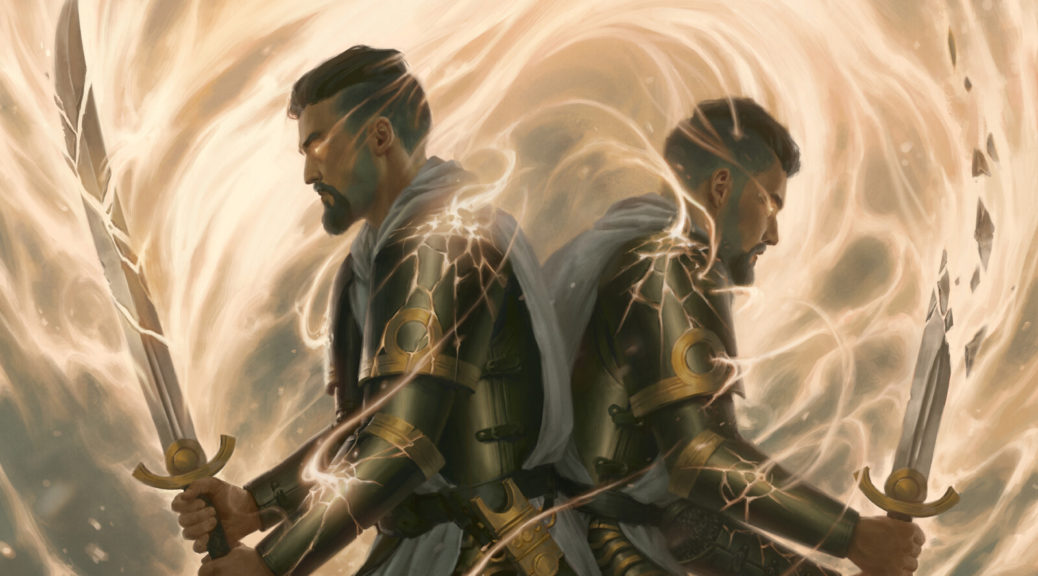 Jason’s article last week that compared last year’s Core Set 2020 to this year’s Core Set 2021 got me having a look at cards from last year’s set that could still be good spec targets, and I was pleasantly surprised. You should view the cards I’m talking about today on a longer timeline than some of my usual picks, but I think that these are great ones to stash stacks away for a couple of years and pull out to buylist or sell individually, depending on your setup and how much the card has moved by then.

Icon of Ancestry is one of a few different ‘Lord’ effects for tribal decks (cards that give a certain creature type +X/+X), but it’s actually the lowest cost one we have that can slot into any deck. The closest comparison would be Adaptive Automaton, and although being a creature means that Automaton can attack and block, I’d argue that the unfortunate attribute of being able to be removed much more easily than a non-creature permanent means that it has greater downside than upside.

Icon is in close to 7000 EDH decks registered on EDHREC now, and that number will most likely have another spike when people can finally start to get their hands on their Jumpstart cards, a lot of which are tribal-based and have already shown to be popular with the EDH crowd.

There aren’t a huge number of foils left around, with 30 listings on TCGPlayer for the regular versions and less than that for the prerelease and promo pack versions. I don’t mind the non-foils here too, but bear in mind that this would be a very easy card to reprint in a Commander product in non-foil, so foils are the safer play here.

Tale’s End isn’t in as many decks as Icon, at just under 4000, but there’s no doubt that it’s a powerful card. Being able to counter someone’s Commander unconditionally for 2 mana is a very good rate, and with the second mode of the card being a good old Stifle, it’s hard to go wrong with this card.

It’s very popular in mono-blue counter/control/combo decks like Baral and Gadwick, as well as being included in a plethora of other blue-based decks. The only good reason not to play this in a blue spell-based deck might be because it’s ‘unfun’ playing a card just to counter peoples’ Commanders, but I can definitely think of much more obnoxious things that people don’t bat an eyelid at.

Anyway, supply again on this isn’t too deep, with only 19 TCG listings for set foils of Tale’s End and a nice ramp up towards $10. I think that this is a very solid card that should perhaps see a little more play than it currently does, but time will tell. Non-foils under a dollar are fine here too, if you can find a decently sized pile at once then even better – they’ll probably buylist for $3 or more down the road.

Tutors have always been a popular effect to utilise in EDH – just take a look at the numbers for Demonic Tutor (over 63k decks) and Diabolic Tutor (over 40k decks). Scheming Symmetry is a unique effect for a tutor, but still very powerful at just one mana and has made its way into just under 8000 decks. You just have to try and make sure that whatever you’re tutoring for is better than what your opponent is going to fetch!

There are a bunch of different ways you can make this card much better than it might appear on the surface, including effects that tax your opponents for searching their library (Ob Nixilis, Unshackled, Leonin Arbiter etc.), mill effects and more. It’s also great in combo decks, and has the added bonus of your opponent not knowing whether they’ll need to find an answer to your threat, something to fight against your counterspell, or more threats of their own.

These foils start around $6 on TCGPlayer, with only 22 vendors holding copies. Interestingly there seems to be a plethora of the promo pack foils around, so I’d steer clear of those for the time being (especially seeing as Card Kingdom is paying less on those than pack foils, which isn’t a particularly common occurrence). The set foils will be the pick of choice for most players pimping out their EDH decks, so that’s the direction I’d be inclined to move in with these, and ride them up to $15 or more within 12 months.