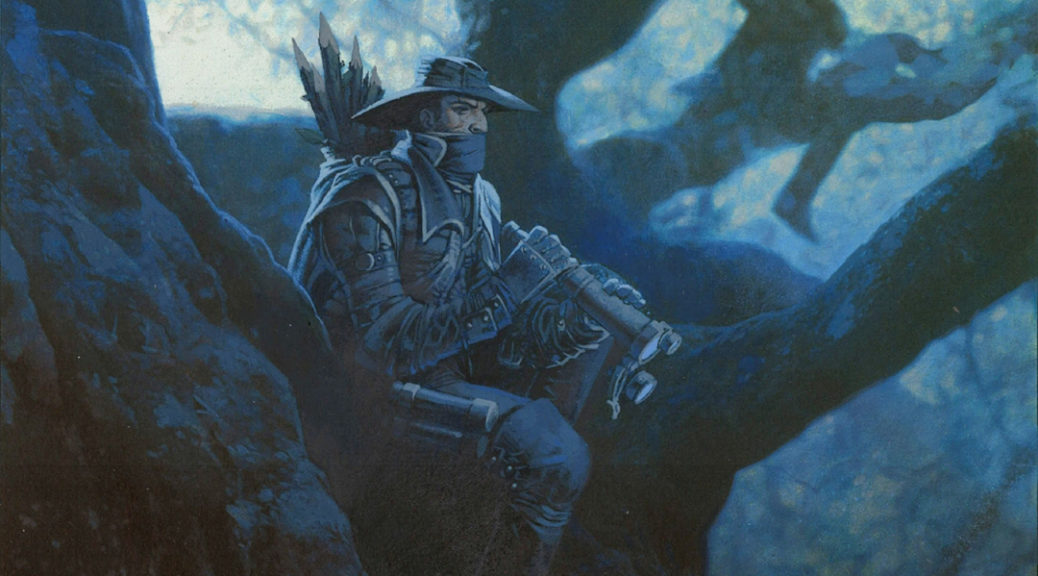 Today I wanted to talk about something that is quite difficult for some people to do (myself included), and that’s looking the other way when most people are focused on the newest release in Magic. The release of Commander Legends is just around the corner (this Friday in fact), but whilst everyone else is looking at the shiny new cards, I’m going to be looking back at some older cards that I think are undervalued.

With the rate that sets are being released now, the hype cycle moves on much more quickly than it used to, meaning that even relatively recently released cards can get forgotten about more easily, only to pop back up in a year or so and make you go “hang on, when did this get expensive?”. Those are some of the cards I’ve got in store for you this week, so let’s have a look, shall we?

$2 to $10? Come on David, that’s an outrageous call for such a recently printed card! Ok, but…is it though? I think that we’re all familiar with how good these MDFCs are by now, both as combo pieces and as solid value cards in more ‘normal’ decks. It’s mostly the mythic ones being played, and their price tag reflects that (although I think that most of them are still decent pickups, as I doubt they’ll see another print for a little while) – but some of the rare and uncommon ones are great too, both in EDH and competitive formats.

In Modern and Pioneer (heck, and Legacy too) we’ve seen the ‘Oops All Spells’ deck doing pretty well in a few different iterations since these MDFCs were released in Zendikar Rising. I’m happy to see that they’re good, but not good or dominant enough to warrant any bans – I think that Wizards really nailed it with these MDFCs and got them at just the right kind of power level. Anyway, all of these ‘Oops All Spells’ decks play 4 of each of the mythic MDFCs, and past that the next card of choice is almost always Hagra Mauling, and generally as a four-of. It’s seeing a decent amount of play in Standard as well, which bodes well for it being a potential tool for non-combo Pioneer (and maybe Modern) decks down the line.

You can pick these foil extended arts up for around $2 on TCGPlayer at the moment, which honestly seems way too low. Although there’s very little paper play at the moment, for a card that’s seeing a decent amount of competitive play as well as being in a reasonable number of EDH decks (840, not huge but certainly not insignificant for a new card), I would’ve expected this to be closer to $5. Once paper play returns, quite a number of players are going to need these for their decks, and I would not be surprised to see them going for FEAs when they’re not-so-expensive. As well as that, these MDFCs are the poster-child for open-ended synergy, which means that they’re only going to get better as we get more cards to play with them. Give it a year and I think you’ll be happy to have a stack of these.

Cyclonic Rift. An absolute super-staple in EDH, included in almost 90k decks on EDHREC – that’s nearly 40% of all blue decks. The most recent reprint given to us was in Double Masters, where we got a fancy box topper version of the card as well – but I want to focus on the regular copies here. Time and time again we’ve seen this card bounce back from reprints like…uhh, something really bouncy I guess? I don’t know, insert your own analogy here […]. If you’re building a blue EDH deck, there’s a very high chance this card is going in it, and so there are always going to be players needing to buy copies of the card.

Cyclonic Rift was way up close to $40 before we got the reprint in Double Masters, which has now brought the price back down to around $15. The important thing here is that it didn’t catch another printing in Commander Legends, which had been something speculated on as a possibility. Without anywhere else to put another printing of this card for a little while going forwards then, I think that will mean we see upwards pressure on all versions of Rift until it gets a fresh print.

People are still building EDH decks even without much paper play happening, but as I said last week there will be extra downwards pressure on card prices as we enter the holiday season. That makes now a good time to pick up cards that you want to be selling next summer, and I think that this should be one of them. I do really like the borderless foils at $35 as well here, although there are a couple of walls of those on TCGPlayer that need to be eaten away at before the price moves too much.

Nyx Lotus is a powerful EDH card in the right deck, those namely being mono-coloured ones that can get a decent number of devotion pips into play. It’s actually the 6th most popular inclusion from Theros Beyond Death, and at 8500 decks it’s definitely making its mark on the format. It has the potential to produce a buttload of mana very quickly (which is probably why it enters play tapped), and it’s very easy to go infinite with something like Filigree Sages.

Although it’s kind of relegated to mono-colour (and sometimes two colour) decks, it’s still a great mana rock in those shells, and the FEA versions are starting to get a little thin on the ground. There are a couple of copies left below $20 on TCGPlayer but with only 31 total listings and most of those being single copies, these are definitely draining out. I expect to see this post up over $30 within a few months, and I doubt we’ll be seeing a FEA versions any time soon so I don’t doubt it’ll just keep going up over the next year or two, with $40-50 being easily possible in that timeframe.