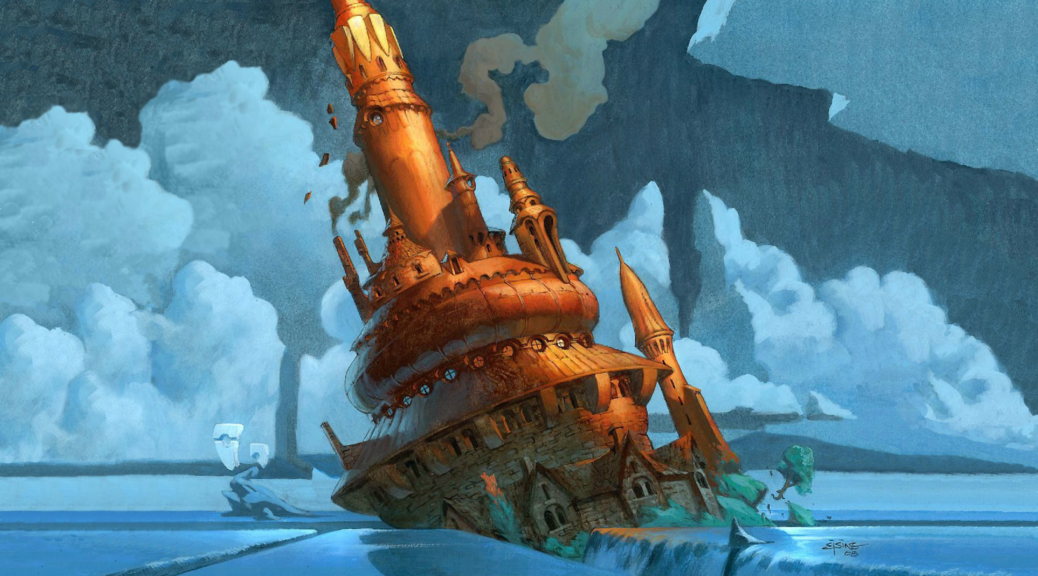 Last week I wrote about the difficulties in finding specific foil extended art cards that are in Commander Legends. Today I want to look at a few specific cards and compare the current prices to where I think those prices are going to go.

As I said last week, the foil extended art cards are going to be highly sought after and not terribly common. You’ve got the math for the foil or nonfoil extended art rares and mythics, but the uncommons and commons require a little explaining first.

One slot in a Collector Booster has a nonfoil extended art common or uncommon, from this list:

Those two are going to be helped out a lot, price-wise, by being in the common slot. Those are 2/141, but five slots as opposed to the two uncommon slots in a Collector Booster. Even more important, each of those two slots has a 20% chance to upgrade to a foil extended art (FEA) common or uncommon.

Let’s look at some current prices, given the preorders on TCGPlayer.

Command Tower (75 cents for a regular, $9 for regular foil, $13 for EA and $50 for the FEA) – This ought to be in every non-monocolored Commander deck, and there’s already two foil versions: Commander’s Arsenal ($100) and the Judge Promo ($125). Given those two prices, the FEA at $50 feels cheap and the $9 regular-frame foil feels obscene.

However, I do expect the prices to drop for the first few weeks, and then these are going to be a VERY attractive purchase. Picking up the regular-frame foils for under $5 is going to be a total steal if they drop that low. The FEA isn’t going to stay cheap forever, either. Don’t buy them now, but I’d be surprised if this went under $35.

Arcane Signet ($2/$15/$10/$38) – Being the first foil printing, this will have quite a premium attached. It’s not going to be the only foil printing, though, and that’s got me feeling a little wary. They haven’t used different art yet, it’s been the same for a year and a half. That’ll change too, and if there’s a new art being used in the reprint (or the Secret Lair) then that’ll preserve some of the price.

Note that for right now, the foil is pricier than the EA nonfoil, and I suspect those will come closer together. People desperate for a foil are going after them hard right now, and patience will pay off. Forty seems reasonable for the most chase version, especially since you’ll get one FEA Signet approximately every 87 packs. I want the price to come down a little before I buy my personal copies, but it might not.

Keep in mind that in terms of preorders, the Signet is more expensive than several mythics, even though it’s going to be much more common.

Thought Vessel ($3/$8/$8/$22) – Now we’re getting spicy. Just a little more than $20 can get me the FEA version of this first-time foil present in nearly 40k decks online? I don’t know how much lower this can go, but logic tells me it does have a little bit of a dip coming. I’m very very tempted to buy some of these right now for the $22 price, and there’s vendors willing to oblige.

I’d like to get in on a stack of foils around $5, or hopefully less. This is a very popular mana rock, and ramping from two to four is where you really want to be.

Terramorphic Expanse (bulk/$0.75/$3/$20) – These FEA commons and uncommons are going to carry a lot of value in these packs, and even if they dip it’s going to be a few bucks. Too many people play this alongside Evolving Wilds on a budget for it to be a cheap FEA. What’s really going to be amazing is that when it drops down to $10, it’ll jump back to $20 eventually.

Path of Ancestry ($1/$5/$7/$15) – Remember that this and Opal Palace (a quarter/$1.50/$4/$15) drop much more often than the uncommons, at least when it comes to the regular-frame foils. These drop at the same rate as Arcane Signet in FEA, but are played a lot less commonly. Path is my favorite preorder right now, given that it’s in 37k decks online and should be in every tribal Commander deck. Frankly, I want to buy a bunch of these right now, but I’m being patient.

Reliquary Tower ($2/no foils on sale/$4/$13) – Given that this is 31% of all EDH decks online (130,000!) this is another surprisingly cheap staple. There are other foils available of this card, from the original in Conflux to reprints and FNM and the special ‘bring a friend to your LGS’ version. The FEA version is probably going to be the most expensive going forward, but I don’t think it’ll drop much below $10, given the demand.