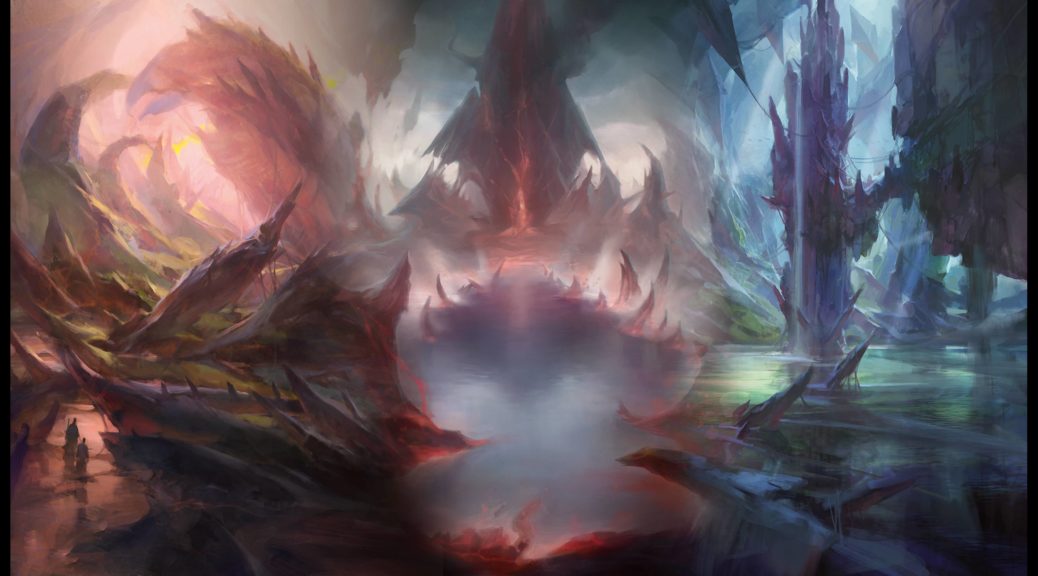 When a card gets reprinted, it will lose value. That’s one of the bedrock principles of Magic finance, and probably isn’t news to you.

However, there are some exceptions to this rule, and some of them may be surprising to you.

Let’s take a look at some examples of cards which went UP after being reprinted, flying in the face of conventional wisdom.

The first set of foils that came to my mind in terms of reprints are pretty iconic: the OG Ravnica-block shocklands. Let’s look at Hallowed Fountain’s graph, though you can use just about any of them. Keep in mind that Ravnica was in 2009, Return to Ravnica was 2012, and Guilds of Ravnica was 2019. The original shocklands are quite well aged.

Yowza, that’s an expensive shockland, especially when you look at the price of its reprint:

Note that the Guilds reprint in 2019 didn’t faze the RTR price much, but caused the Dissension price to jump enormously. The other shocklands have had hops from time to time, but the pattern of growth is there despite the reprints. Reprints which included BFZ Expeditions in 2015, mind you.

Now you might be saying, “Yeah, but those are for the shocklands, and those are cards with mega-cross-format appeal!” You’d be right, but there’s no appreciable reason for the 2005 card to be four or five times as expensive as the 2012 one. Especially because there’s not a lot of space between the 2012 foil price and the 2019 foil price.

That’s the shocklands, though. Let’s try something else with an older foil and a lot of reprints.

Karn Liberated has been popular since his first printing in New Phyrexia (2011) and while he’s not a big deal in Commander, Tron has been the real deal with the ability to slam him down turn three and exile something. The price on the OG foil, now nearly ten years old, tells quite a tale:

Something happened in late 2018: Ultimate Master Box Toppers. But even that price has been impacted in 2020 by Double Masters, which gave us another borderless treatment.

The difference here is probably one of use: Karn is big in Modern, but tiny in Commander. Fountain, though, is in 50k+ decks online, literally half the decks that could have the shockland do.

All right, so let’s try a commander card with an original foil, and no special frame reprint. Seedborn Muse meets these criteria, though there hasn’t been a foil reprint since Battlebond in 2017:

I have to admit I’m not a huge fan of using a card with the old border foil in this thought process, but $200 as TCG low vs under $50 for 9th, 10th, and BBD foils is right in line with expectations.

How about a commander staple with an old border AND a special frame reprint? Let’s talk about the Sad Robot, Solemn Simulacrum:

The price on the foil has stayed under $50 for a long time, being the Invitational card back in 2003. There was a reprint in Magic 2012, which included a foil version, but the real event was in 2016, when the Invention version showed up and started soaking up the dollars of people who would have otherwise paid for the OG foil. We got a new FEA version in Core 2021,which seems to have impacted the price on this card, given how the price has fallen this year.

So to summarize: original pack foils are pretty safe from reprints until a special version shows up. ‘Special Version’ can mean a lot of things, such as in Sakura-Tribe Elder’s case, where there’s an FNM and the awesomely shiny JSS treatment. Mostly, though, it’s going to mean a foil extended art.

This rule does not apply if the special frame becomes more expensive than the original: collectors will then start chasing the most pricey version of the card, and the prophecy will fulfill itself. For instance, I can’t see the new Zendikar Rising Expedition version of Scalding Tarn ever being more expensive than the Battle for Zendikar Expedition version. Godless Shrine, though, the BfZ Expedition became more than the Dissension card and never looked back.

Duel Decks don’t count, as I see with Avenger of Zendikar and a couple of other cards. Those have been rotten egg of reprints for quite a while, though it’s good that some foil versions remain cheap.

What does this mean going forward?

Well, for starters, I’m going to flinch at expensive pack foils when reprints are coming. One example of this would be Rings of Brighthearth, which is getting a reprint in Commander Legends and that includes a foil extended art treatment. The presence of that FEA means I’m expecting the OG foil to take a hit. Will it recover? Maybe. Whichever one is more expensive in six weeks is the one I’d want to have going forward. Price memory is going to play a big part in something like that, too.

It also means that I much prefer to invest in special frame versions going forward. Not only are those less likely to be reprinted (note that’s not the same as impossible) but they will also be resilient to reprint drag.