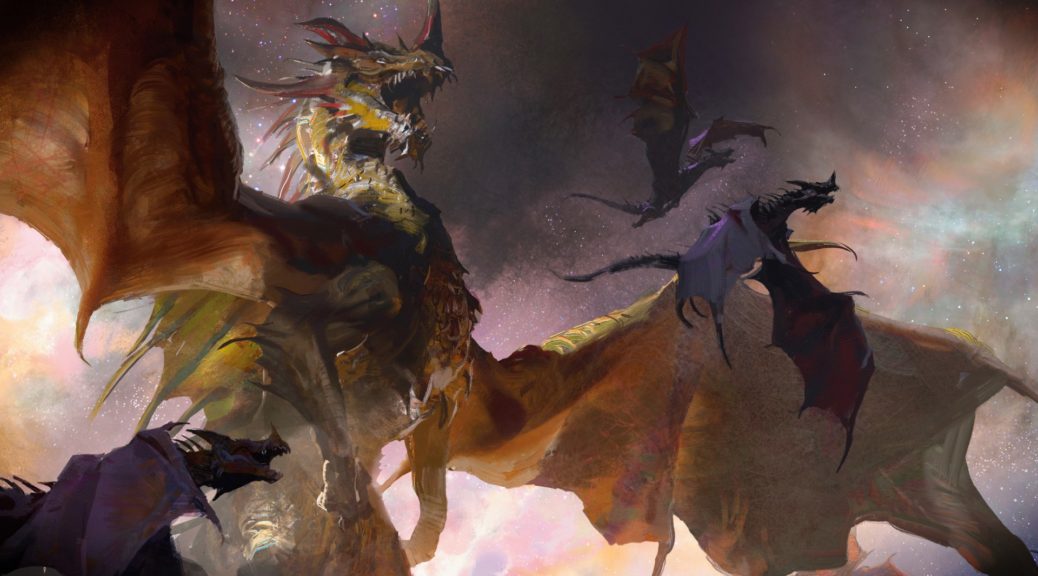 In last week’s article I wrote a little bit about the upcoming Dungeons & Dragons crossover set – Adventures in the Forgotten Realms, and as we edge closer to the set release with more previews heading our way, I want to do a little bit of speculation on what I think is going to be important and which cards are going to be popular when the set hits us.

Coat of Arms (All Versions)

Races and classes are a huge part of Dungeons & Dragons, and so when we translate that to a Magic setting that probably means that creature types and tribes are going to be important when this set rolls around. That means that lords and lord effects could well be big game, and one of the most powerful lord effects around is Coat of Arms. Not only does it count your creatures for its effect, but it sees your opponents’ creatures as well which is more likely to matter than not at an EDH table.

As well as being in 17,000 EDH decks, Coat of Arms is the kind of card that’s hugely popular at the kitchen table – tribal decks are always going to do well, and that’s part of why I prefer the non-foils over the foils here – they have more casual appeal.

Aside from being a reasonable pickup in general, the arbitrage opportunities here are pretty wild – mostly due to the fact that this is not at all a competitive card, and so prices in Europe are low. You can grab various non-foils as low as €4 ($5) on MKM, whereas most versions on TCG start at $16+. That’s a huge gap that I think is only going to widen until we see a reprint, and to be honest I think it’s pretty impressive that the Mystery Booster versions are already at $16, after being $10 just a month or so ago. There are a tonne of different versions of this but they’re all a lot cheaper in Europe than the US, so take your pick and collect your winnings.

Dungeons aren’t exactly a big part of MTG, but Dragons on the other hand – they’ve been an integral part of the game since Alpha, and they’re not done yet. We’ve already had one big dragon previewed from Adventures in the Forgotten Realms (a Dragon God no less), which goes and searches up all your best dragons from your deck for you. Dragons are the second most popular EDH tribe just behind elves, and I expect we’ll be seeing a lot more cool dragons with the new set.

Dragon Tempest might ‘only’ be in 8300 EDH decks on EDHREC, but the important fact is that it’s included in 86% of all dragon tribal decks that could play it, which is honestly a huge proportion considering the variety of dragon decks out there. The card was first printed back in Dragons of Tarkir, and since then we’ve had an IMA printing, a Commander 2017 printing (non-foil only) and an FNM promo pack. I was quite surprised to find that there are zero DTK NM foils on TCGPlayer, and only a small handful of LP copies. On top of that, even though it’s only an uncommon in IMA, there are only 13 NM foil listings for those.

I think that if you can find DTK foils under or around $7-8 and IMA foils around $5 you should be good here – both are available in Europe around those prices but not in huge supply, and some US vendors do still have a few copies here and there. I don’t think that this is primed for a reprint in the D&D set, so you should be looking good to grab a few copies and out them as hype for the set starts to spin up properly.

Staying with the Dragon theme (ish) for my last pick here, Temur Ascendancy is another enchantment in a lot of Dragon decks, and I think that the old-border foils from Time Spiral Remastered are generally just a good target here. A lot of the OBFs from the set are already very expensive but I think that some, like this one, are still being underrated.

Temur Ascendancy is in around 8500 EDH decks on EDHREC, a reasonably strong 12% of all decks that could play it. It’s an excellent card draw engine for the type of deck that’s likely to be playing it, and the haste really pushes everything over the top (especially for the dragons that are sorely lacking the haste department).

There are 36 OBF listings on TCGPlayer at the moment, which really isn’t a huge number considering almost all are single copies. With just a handful under $20, I think that those copies are a good buy at the moment to hold onto for 12 months or so. This is the kind of card you’ll probably see reprinted in a Commander set at some point, but I highly doubt we’ll get another premium printing like this for a long time.